It has not been an easy job to create a list of 11 most painful cruel horrific deaths and execution methods in history. We have accomplished it thanks to our strong will to finish the task and hard stomach. Not only did these cruel and horrific deaths happen to people frequently, but they were justified by the law in numerous societies despite their brutality.

However, there is a huge difference between accidental deaths and those caused by people. For example, we have found a story about a nuclear accident in Tokaimura in Japan where two workers suffered a high level of radiation. Being exposed to radiation, their bodies lost DNA from cells, so the cell reproduction was stopped. Their bodies could not make tissues, muscles, and skin, so they melted and turned into liquid. What is more terrifying is the fact that one of the workers survived six months in this condition, while the other one died three months after the accident. The only thing nurses and doctors could do was to use plaster in order to prevent their meat from falling off their bones. 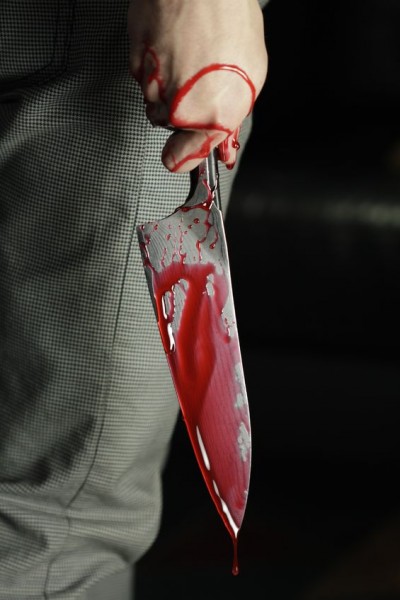 We can say that nature and unfortunate fate are sometimes cruel to humans. However, horrific and brutal murders have been committed by people themselves throughout our history. If we take a look at some methods of execution around the world, we can conclude that people have mastered the art of humiliating, torturing, inflicting pain and causing horrible deaths to other people. How to explain the need to inflict so much pain on another human being which was clearly evident in one of the medieval execution methods practiced in France when a person’s hands and legs were tied to horses that pulled them in opposite directions until the person was split in half? Do not forget the fact that the pulling lasted for hours in front of a crowd of people. Yes, they loved performing these horrifying things in public, and those who wanted to see blood had to pay a ticket to get better seats. And this is just one among numerous cruel and horrifying execution methods, the worst of which have been very difficult to identify.

Being appalled by the most painful deaths caused by human factor, a modern man decides to ignore and not think about those execution methods that are left in the darkest corners of human history. He is happy to believe that we live in a society blessed with laws and legal systems which do not allow terrifying things. But, are we blessed indeed? There are 23 countries in the world, including the US, which still use the death penalty in their legal system. Even though the US performed only 20 executions in 2016, the official records prove that 1,032 people were killed all over the world in the same year. But if we could reach the hidden information about executions by China, South Korea, and Syria, the number would be significantly higher. Some of the methods used by these countries are still unknown, which makes it very difficult to define what are the worst execution methods in the world. On the other hand, knowing that someone can kill another human being and justify this act by law is terribly upsetting itself. There are many ways to die, but you sure as hell wouldn’t want to die in one of these Most Painful Worst Ways to Die. Even a lethal injection, commonly used in the US prisons, is not painless, although they claim that it is the most humane kind of death penalty in the world. Does anyone think about the executors in those prisoners? Are they mentally healthy, do they practice some kind of relaxation after executions and finally, are they murderers or not?

Let’s return to Hisashi Ouchi and Masato Shinohara, the two workers who died after the radiation in Japan. They suffered terrifying pain, but doctors could not help them, literally letting them die without relief. Doctors cannot give injections to stop a patient’s pain because mercy killing is forbidden by law in many countries. Why is killing a dying patient so wrong and torturing and killing people in prisons is not?

Before you make a conclusion, read our list which combines the deaths caused by people and those which happened in horrifying accidents. We used the information we found on different sites and blogs, like HistoryRunDown, AllThatIsInteresting, and Suggest, to name a few. However, in order to make our list even more accurate, we consulted Quora to see what are other people’s opinions. In the end, we ranked the most painful cruel horrific deaths and execution methods in history according to the number of mentioning on these sources.