However, despite its size and strength, India is fundamentally a developing economy rather a developed economy. It has a burgeoning middle class population and an even bigger population which is fundamentally poor. In fact, it has the largest number of people living below the international poverty line of $1.25 a day, according to the World Bank. Even though India has made strides in this regard, considering the fact that it has reduced this level of population from 60% in 1981 to 42% in 2005 and 21% in 2011, a lot more still needs to be done to improve the standard of living in the country. Further, and this was a shocking statistic for me to see, there’s a report which stated that more than 18.3 million people in the country lives in the conditions of modern slavery which includes child labor, bonded labor, forced begging and human trafficking among others. Child labor is another major problem plaguing the country, with estimates suggesting that there are more than 10 million children employed in labor, though even this number has decreased from the 12 million figure back in 2001. Despite the slight improvements made, inequality in India is actually growing year on year as well.

Due to the aforementioned issuing affecting the output of India as well as its perception in the modern world, and the developed economies, few people considered Indians to be suitable for top jobs of top corporations. Rather, Indian immigrants would often get menial jobs in most countries and while this may still be true to an extent today, it is more suited for those who are not highly educated. Especially in the tech field, Indians have shown that they are second to none and the technology revolution which has taken place over the last several decades and especially in the last two, has allowed Indians to break the glass ceiling with regards to opportunities in top companies. 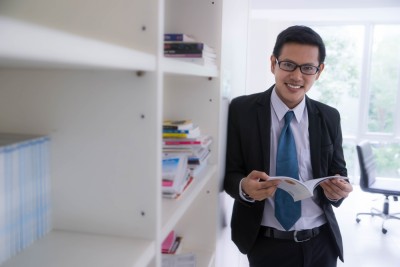 Furthermore, you will struggle to find people more hardworking or willing to adapt, learn, improvise and overcome when compared with Indians. This is because they are generally aware of the privilege and the opportunity afforded to them, and are grateful for it.  In addition, India has dozens of different cultures, each with their own language, history and identity, and people have to amalgamate in the country, and hence, it is easier for them to do the same with difference cultures in true major global companies. This is why more and more Indians are being afforded such opportunities, since the ones who got these opportunities earlier have taken them head on and ensured that more people keep getting afforded such opportunities. This is why there are 10 Indian CEOs in the Fortune 500 list, including some of the biggest companies not just in the US but the world. In fact, most these companies belong to the tech industry, where Indians have truly shown their superiority. Does this mean that there will soon be a time where Indians will actually overrepresent their country as compared to the proportion of the US population that is Indian? That is definitely possible, but only time will tell.

Why is this being talked about even more nowadays in 2020? Well, that’s because of the most recent Indian becoming a CEO of a major global company, as IBM (NYSE:IBM) declared that Arvind Krishna would become the next CEO of the country. Again, when you have a major country with over 1.3 billion people, you will have a far greater possibility of finding brilliant people, and this is aided by the fact that the huge middle class population of the country is also extremely competitive, with limited opportunities available. This is why there is huge pressure on these families to induce their children to study which is why 77.5% of the immigrants in India had at least a bachelor’s degree in 2016, which was the highest of any country with immigrants in the United States. In fact, if you take a look at this compared to native Americans with degree, that percentage only stands at 31.6%. Since there are fewer Americans studying computer science and engineering, foreign students have stepped in and this is one of the places where Indians have excelled. Also, without trying to diminish the contribution of Indians, diversity has become one of the calls of the modern day corporation, with increased pressure on companies to hire people other than straight white men. Add to this pressure how Indians have excelled in various fields and they have an advantage from this perspective as well.

If you think about it, the rise of Indians in top positions really lends credence to the American Dream; that you immigrate to the country, work hard and the world is in the palm of your hand, and the country can point to the biggest companies with Indian CEOs as a sign of success in its belief of the American Dream. These biggest companies are mostly focused on the tech industry, though there are CEOs in other industries as well, including the credit card industry, but again, the most significant focus is on the tech industry. These companies have earned more than $500 billion in revenue, and revenue is the metric we have used to determine the biggest companies with Indian CEOs. There were some companies which have had Indian CEOs until recently, but since these CEOs left in the last couple of years, we couldn’t include them in our lists. This includes Pepsi (NASDAQ:PEP) which is one of the largest beverage companies in the world, and had Indira Nooyi as its CEO, a woman ranked as among the most powerful women in the world by both Forbes and Fortune over the years. She stepped down from the role in August 2018. Meanwhile, Nokia also had had an Indian CEO in Rajeev Suri, who was the CEO from 2014 till July 2020. Conduent and Harmon International (NYSE:HAR) have also had Indian CEOs who have only recently left their positions and hence, miss out on our list. So let’s take a look at these companies now, starting with number 11:

CEO of the company: Jayshree Ullal

Arista Networks is unique not just for having an Indian CEO but a female Indian CEO which is breaking multiple barriers in just one go. The computer networking company appointed Jayshree as the CEO in 2008.

CEO of the company: Nikesh Arora

A cybersecurity company, Palo Alto Networks has more than 70,000 clients in at least 150 countries and services 85 of the Fortune 100. Nikesh Arora was initially the President of the SoftBank Group, before becoming the CEO of Palo Alto Networks, in 2018.

CEO of the company: George Kurian

NetApp is a cloud data services and data management company, and has been part of the Fortune 500 since 2012 at least. It has 10,500 employees and George Kurian is the CEO, having become the CEO back in 2015.

CEO of the company: Shantanu Narayen

Adobe Inc is a software company, used by many professionals across the world especially for photo and video editing, with Narayen becoming the CEO back in 2007 and has stayed in this position for the past 12 years.

Mastercard is a financial services company and is known to almost everyone with a debit or credit card. Ajaypal became the CEO of the company back in 2010 and has been quite influential in the fintech industry as well.

CEO of the company: Laxman Narasimhan

Reckitt Benckiser produces a variety of consumer goods, and this well known British company appointed Laxman Narasimhan as its CEO quite recently in September 2019.

Please continue to see the 5 biggest companies with Indian CEOs.

Is INFN A Good Stock To Buy?
Monthly Newsletter Strategy
Download a free copy of our newsletter and see the details inside!
Hedge Fund Resource Center
Lists