If you want a proper VR experience then make sure you check out our list of 11 best virtual reality games for iPhone.

Virtual reality is now a big thing in the world of technology. Although it looked like a distant future and something out of this world a just couple of years ago, VR is now something that doesn’t surprise us at all. Don’t get me wrong, there were attempts in the past of course, but none of them proved to be very successful or accessible to the common user. The experience that VR should have provided just didn’t seem fitting back in the day.  Although it looks like VR came nowhere, it just waited for better times and better material. With the high power modern technology nowadays, VR became easier and affordable to produce. The devices that are compatible with VR Headsets can now provide an experience that users want and expect. 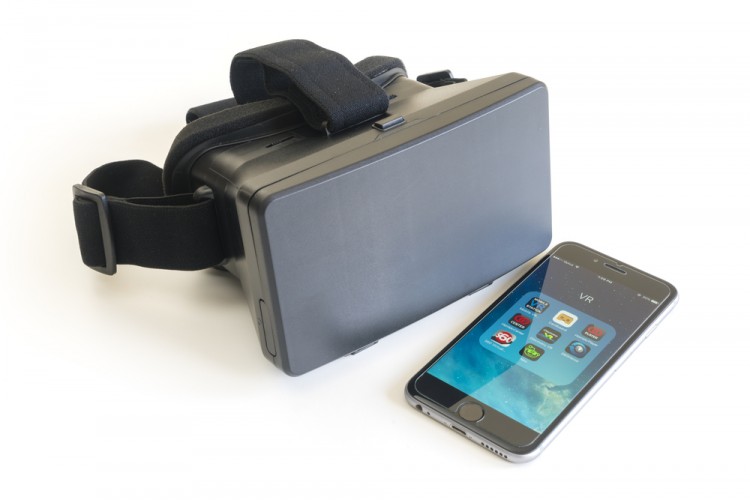 Everyone is trying to get in the race to get the biggest chunk of VR market. Facebook, Google, Samsung are all going head-to-head to produce the best VR equipment. We have Oculus Rift, one of the pioneers of modern VR, PlayStation VR, HTC Vive and much more. Although at first you had to depart with a large sum of money to get a VR headset, that isn’t an issue anymore. There are pricier VR headsets that cost well beyond $500, but you can acquire them for a much lower price. The best indicator for that is Google’s Cardboard. It is currently on sale on Amazon for just $10. If you have a remotely high – end smartphone, for $10 you will experience the feeling of virtual reality. You can read more about Google Cardboard and other smartphone VR headsets that are a good purchasing idea on our list of 5 Best VR Headsets to Buy for iPhone in 2016.

While some say that this is just a trend and that it will fade away soon, others argue that VR is the future. I have to admit, I was a bit skeptical myself when the VR first appeared, thinking it is just popular because it is something new. Think Pokemon Go. It was huge for a couple of months, and now everybody stopped talking about. Nevertheless, it looks like the market predictions say otherwise about the VR headsets. According to the estimation, virtual reality market will be almost $34 billion worth by 2022. These are no silly numbers. The fact is that VR will become increasingly more popular is for a couple of reasons. First, and most importantly, VR enables you to experience the things you may not have had the chance to experience before. Secondly, the prices of VR equipment will go down even more. Also, the quality of the content will just increase with each passing year.  The content we are seeing now for VR is nothing compared to the things that are coming in the future. The possibilities for VR are just endless. Although there are lots of other ways to use VR, most people just want to see how the virtual reality can be applied to video games.  This is why the first target of VR were video games. We can say that turned out to be more than successful, so it will be interesting to see which other uses VR will find.

The easiest and cheapest way to see how VR games feel is a smartphone VR headset. They work in a simple way. While your smartphone is mounted on the VR headset, it produces images that you look through a pair of lenses. Images are compatible with these lenses so that they can trick you into seeing the 3D world around you. While there are VR games that need some kind of controllers or require you to have buttons on your VR headset, most of them can be played just by using look/head-based controls. The motions of your head transfer to the game, and that’s about it.  You just have to watch out for the side effects of the VR, since it was reported that some users had nausea, headaches, and even seizures. We hope none of this will spoil your experience.

To get our list of 11 best virtual reality games for iPhone we consulted VR iPhone, iGeeks Blog, CNET and Tech Radar, to name a few, for recommendations. Then, we checked all the games on iTunes to see the users’ rating for the games. After that, we made a list solely based on the ratings. If the games had the same ratings, the ones that had more recommendations from our sources reached the higher position. We hope you have your VR headset besides you, and iTunes opened since we are about to start with the list.

Share Tweet Email
Page 1 of 12
Next >>
Related Insider Monkey Articles
10 Biggest Defense Contractors In The WorldPeople Are Still Doing Double-Takes At These Terrible Redesigned Logos10 Most Valuable Brands in China
10 Most Stable Companies In The US10 Largest Oil Tanker Shipping Companies In The WorldBest Bourbon For The Money: 10 Best Bourbons Under $50