Although there were so many good albums in this decade, we handpicked the 10 most important albums of the ’90s to remind you how the ’90s were a great decade in terms of music and to introduce some of its defining albums to the younger generation.

Music of the ’80s was characterized by the mainstream success of the dance genre, hard rock, and glam metal. It was the time of guitar virtuosos, big arena concerts, and huge tours. Pop singers enjoyed huge success as well, with Michael Jackson having the bests elling album of all time, Madonna claiming the “Artist of the Decade” title and Prince being at the peak of his career. Until the end of the ’80s, glam metal bands alongside some hard rock bands saw a decline in popularity. Dance music started changing and being more influenced by electronic music. The late ’80s are also credited for the beginning of the golden age of hip-hop that continued in the early 90’s.  Underneath of all this, there was an emergence of other artists and genres of music that will achieve  massive success in the ’90s.

The beginning of the ’90s saw a continuation of the popularity of hip-hop, with new artists emerging and old ones maintaining the popularity they had in the ’80s. Gangsta rap was born, bringing to the scene more female rappers as well as some of the history’s most famous rappers like 2Pac and Notorious B.I.G. By the mid ’90s hip hop managed to become the best selling music genre in the world. In later years, some of the rappers that will define 2000’s like Eminem began emerging. 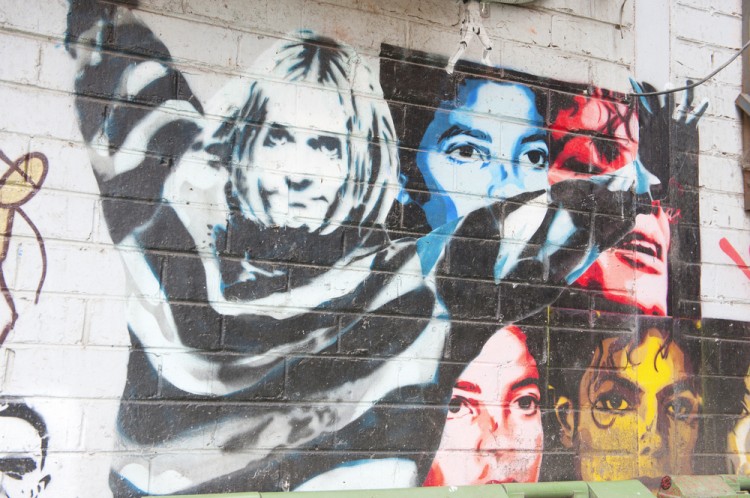 Pop also continued to grow, with Michael Jackson and Madonna continuing their success while Whitney Huston and Mariah Carey found the initial success that continued through the ’90s. The late ’90s in pop music were marked by the invasion of boy bands and girl bands followed by teen pop stars. The Spice Girls had a major success in both the United Kingdom and the United States. On that line, numerous other bands tried to use the formula, with N’Sync and Backstreet Boys being the most successful ones. Until the end of the 90’s, Madonna and Janet Jackson recorded their most acclaimed albums, while Britney Spears and Christina Aguilera debuted with their albums and found success that will carry on in the 2000s. You’ll find some of the songs dating from this period on our list of 10 awesome remixes of hit songs from the ’90s.

Dance music turned more to electronic sound and started shaping up as we know it today. The period of the ’90s saw artists like Moby, Aphex and Prodigy releasing their critically acclaimed albums and making the breakthrough. In the United Kingdom, and new subgenre called trip hop appeared with Massive Attack being its greatest act. Even the musicians from other backgrounds like Madonna started using electronic music in their songs.

We already mentioned that glam metal saw a great decline when it comes to rock music in the ’90s. Other rock acts from previous decades were still popular but overshadowed by massive new movements in the United States and the United Kingdom. Thrash metal giant, Metallica released the self-titled album in the early ’90s that became their best-selling to date.  Red Hot Chili Peppers released their 4th and most acclaimed album; Nirvana started a revolution with Nevermind putting grunge on the music map of the world while Green Day’s Dookie got them their first major success, and is credited with bringing punk into a more mainstream sphere.  In the United Kingdom, Brit Pop with acts like Oasis and Blur has started taking over the Europe and gaining a respectable following in the United States, while Radiohead became one of the most critically acclaimed bands of the late ’90s.

Now that we walked you through the major music genres in the ’90s, it is time to finally begin unfolding our list of the 10 most important albums of the ’90s. As our starting point, we used Rolling Stone’s 100 Best Albums of the ’90’s. As a music journalist with six years of experience, I decided to pick the 10 albums from this list after further research. I tried to include as many genres as possible and to explain why are they so important. You are welcome to (dis)agree with these picks in the comments below. Without the further ado, here are the most important albums of the ’90s.