No one wants to admit that they have any of these 10 most annoying bugs found in your house, but let’s face it!—these pests are exceedingly common, and even those of you clean-freaks and germaphobes can acquire them! With bugs outnumbering the human population 1.5 billion to one, and there being an estimated 91,000 different species in the U.S. alone, we humans really don’t stand a chance and are bound to pick them up one way or another. Are we starting to freak you out here, because these numbers could scare anybody! No matter how hygienic or unkempt we are, how sanitary or how filthy we keep our homes, we all are susceptible to these pests! 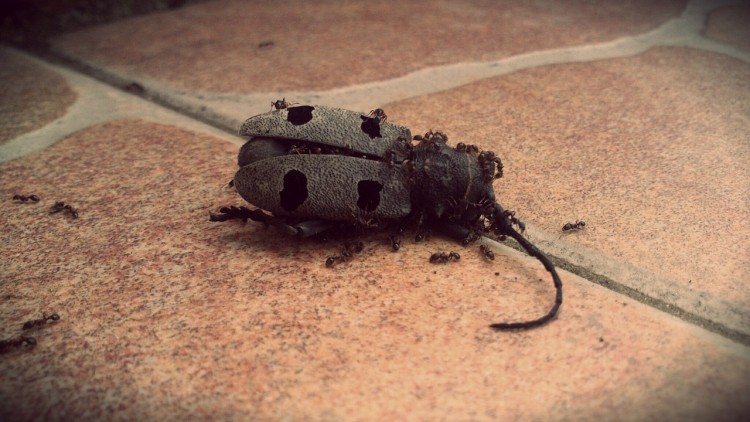 With all that being said, we’re not only going to help you identify the 10 most annoying bugs found in your house, but we are going to go a step further and give you some ideas on how to get rid of them, specifically—God, forbid!—they ever make a home out of yours! Some quick and versatile tips to keep the general bug population to a minimum inside would be: to keep your kitchen surfaces clean and disinfected to help eliminate odors and food particles that may linger on counter and tabletops; fix your leaky faucets, because not only are a lot of insects attracted to moist areas, but—um, duh!—they need water to live; make sure your drains and garbage disposals are free of any leftover food (a mixture of vinegar and baking soda followed by some boiling water does the trick!); relocate your dry goods to containers or jars that lock or seal completely; rinse essentially anything that came into contact with food before throwing it away or placing it in the sink; and simply use a trashcan with a lid.

And, hey! Even if it turns out that you reside in one of the 11 Worst Cities for Bedbugs in America, you may want to check out that list as well, just to be on the safe side. Ignorance is not always bliss, folks. Especially, in the presence of an infestation!

Now, rating the bugs featured on our list was easy. We simply took how common the bugs are in conjunction with how dangerous they are to us or how much harm they inflict on our homes, then compared how difficult they are to get rid of. And voila! The 10 most annoying bugs found in your house!