In order to clear up some misunderstandings and outright lies about GMO, here’s a list of 10 examples of genetically modified foods with full explanations.

Humans have been meddling with GMO foods since the dawn of agriculture, using selective breeding or artificial selection. Every year, the seeds of the best plants have been set aside for a future planting season. Animals have been bred on purpose to enhance desirable qualities. Dogs are perhaps the most glaring example. All domestic dogs have a wild wolf for an ancestor. Now compare that ancestor with a French poodle and you’ll see just how far (or astray, depending on your point of view) we have taken the original concept. 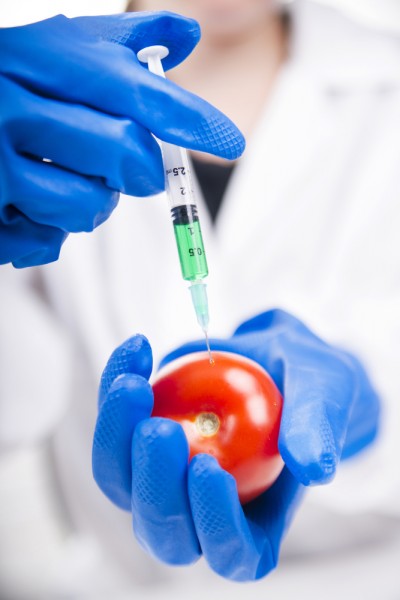 These are all precursors to the modern genetically modified foods we use today. For the most part, when we talk about GMO food, we refer to plants. The methods are different and new types are created in a lab by directly modifying the DNA instead of indirectly by selective breeding, but the original intent hasn’t changed: create a type of plant that will supply bigger harvest by being better adapted to its environment. For some plants, that means being more resilient to pests, for others it means being more resilient to drought or cold or hot climate. Some plants had their shelf life increased through genetic engineering, allowing them to be shipped to areas that can’t grow them, or the ability to create nutrients that were deficient in the area, like the vitamin A in Golden Rice.

Despite all the recent Facebook hysterics, there’s yet to be a study showing harmful effects of genetically modified foods on humans. According to the Health Line, there are three major concerns about GMO foods: allergies, antibiotic resistance, and cancer. Despite the recent increase in allergy cases, a study done by Harvard University failed to find a link between it and genetically modified food. Only in the case of a strain of GMO soybeans was there an allergic reaction by people already allergic to the Brazil nut. The soybeans in question never made it to the market and were never grown commercially. Since then, the United Nations Food and Agriculture Organization and World Health Organization have implemented mandatory procedures for testing all new GMO products in order to determine if they can trigger an allergic reaction. None have been found to do so, so far. The same goes for antibiotic resistance. None of the studies performed on the subject have proven the link between GMO and antibiotic-resistance bacteria.

The cancer link is, admittedly, harder to dismiss. There was even one study that supported the claim that genetically modified foods cause an increase in cancer cases, but it was retracted by the publisher, the Food and Chemical Toxicology journal, citing complaints about “the validity of the findings it described, the proper use of animals, and even allegations of fraud.” The study was republished in another journal, the Environmental Sciences Europe, but the controversy around it remains.

There are valid genetically modified foods concerns, but those aren’t necessarily about the food itself, but rather about business models used by Monsanto, the world largest producer of genetically engineered seeds, and their aggressive tactics when it comes to their Roundup herbicide and accompanying seeds. It goes without saying that such practices should be discouraged, to say at least. But the worst thing about Monsanto is that their image has somehow melted into a whole GMO industry, which is of course not true. Monsanto doesn’t represent every GMO producer on the planet. In fact, that image could have been created on purpose, claims Forbes. They even go one step further, claiming that if you are anti-Monsanto, you should, in fact, support GMO foods. One thing should be clear, just because someone expresses support for genetically modified foods, it doesn’t automatically make them a Monsanto mouthpiece. The technology is neither good or bad, it is the way we use it that gives such results.