Running out of ideas of costumes right before a party is something that’s perfectly normal and something that all of us go through unless we have a running character obsession, so we thought we’d help everyone out and present some of the 10 easiest fictional characters to dress up as.

Whether you’re already thinking of next year’s Halloween party or someone’s throwing a costume party for some reason, we’ve got you covered. Even if it’s a cosplay idea you’re looking for, this list should help you get into character without spending a ton of cash. And, if after reading this list, you still feel like you need more ideas, don’t worry we got you covered with 10 Easiest Celebrities to Dress Up As, as well. 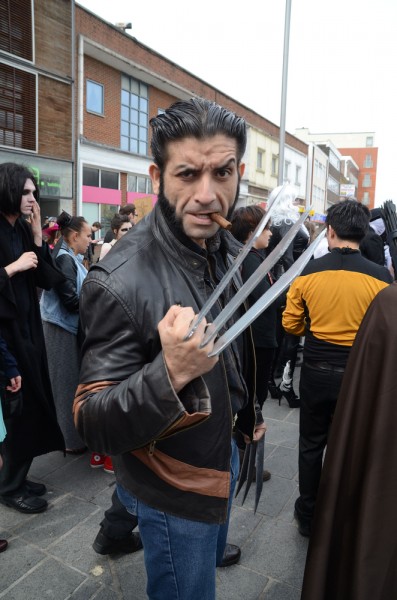 We thought that for this list we should include costumes that are easy to put together with what you have around the house. Sure, you might have to go out and buy a thing or two, but you’re not going to have to spend hundreds of dollars if we’re only talking about a bit of makeup and a T-shirt. Some of them require a bit more work than others, such as extensive makeup or a bit of research in finding a certain colored pair of pants (the Joker, right?).

It should be mentioned, of course, that you don’t have to respect these costumes to a T because it’s all about having fun. You can also play around a bit and see what other images you’ll find online of these characters, where they were maybe dressed a bit differently, in order to put together a slightly different costume. This should be quite handy, especially since we discuss here only the most popular versions of the costumes, not the variations too.

For instance, we have the Joker on our list of easiest fictional characters to dress up as, which is a bit of a spoiler, but not really a surprise. Well, traditionally, he’s dressed in purple and green and wears tons of make-up. Jared Leto plays him a bit differently in the latest Suicide Squad movie – you can go with a black suit, green hair paint and thick golden jewelry, for instance. That’s just an example of an alternative as to how you can play up your costume in case it’s easier for you to find the items you need around the house or in your best friend’s closet.

So, without further ado, here are the 10 easiest fictional characters to dress up as.