Rainfall is a more common term for precipitation, and precipitation is defined as “the amount, usually expressed in millimeters or inches of liquid water depth, of the water substance that has fallen at a given point over a specified period of time.” Main forms of precipitation are rain, drizzle, snow, sleet, freezing rain, and hail. 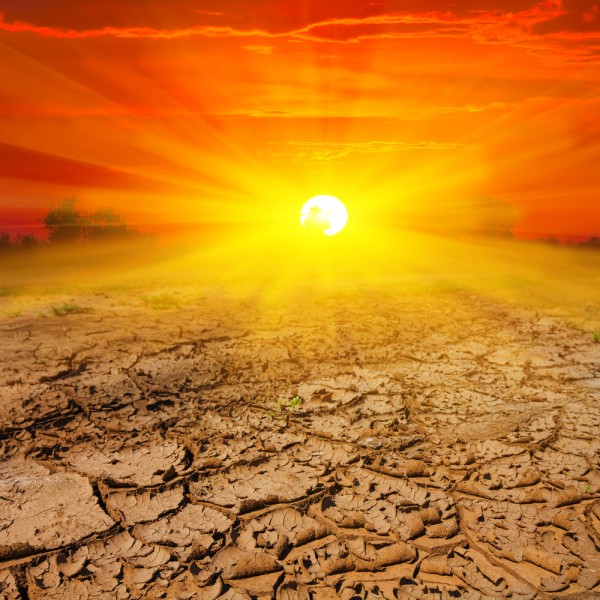 An area of land with extremely low amounts of annual precipitation is effectively a desert, so we can expect that our list will consist of countries situated in deserts. A desert can be a polar, subtropical, cold winter or cool coastal desert, depending on its geographic location. The largest desert in the world is the Antarctic polar desert, followed by the Arctic polar desert. If you are trying to find the place on earth with the lowest rainfall in the world, it is very likely that you will stumble upon the information that it is Antarctica, specifically McMurdo Dry Valleys, and that it has 0 mm of rainfall in depth per year. However, that information is technically incorrect, because rainfall is synonymous to precipitation, and Dry Valleys, in fact, do receive some snow, with values ranging from 3 to 50 mm water equivalent depending on the part of the Valley. Dry Valleys get only a few drops of rain, so they are the place with the lowest amount of rain.

The place with the lowest precipitation on earth is Arica, a port city in Chile, with 0.6 mm annually, and being that it is on the northern edge of the Atacama desert, the driest non-polar desert in the world we are not surprised. In the USA, the state with the lowest rainfall is the Nevada with 9.5 inches (241 mm), of actual rain given that precipitation measurements for snow are given separately for the Nevada.

The driest city in the USA is Yuma in Arizona, having only 2.65 inches (67.31 mm) of rainfall annually It is also the sunniest city in the world, receiving about 4,015 hours of sunshine out of possible 4,456 hours of daylight each year.

Two largest subtropical deserts are the Sahara and the Arabian desert. The Sahara is the largest hot desert in the world, comparable in size to the United States, covers about 31 percent of Africa, spanning over Algeria, Chad, Egypt, Libya, Mali, Mauritania, Morocco, Niger, Sudan, Tunisia and a territory under dispute called Western Sahara. The name “Sahara” comes from Arabic language and is derived from the plural word for desert. The Sahara is mostly rocky terrain, with sand dunes covering only a small part of it. The Arabian Desert covers most of the Arabian Peninsula, the largest peninsula in the world, effectively extending the Sahara Desert over it and bringing hot desert climate. On the peninsula are Yemen, Oman, Qatar, Bahrain, Kuwait, Saudi Arabia, United Arab Emirates, also Iraq and Jordan have parts of their territory on it, so some of these countries will likely show up on our list of the 10 countries with the lowest rainfall.

For our list we are using data set from the world bank, for the year 2014, being that it is the latest data available, and ranking countries by average precipitation in depth in millimeters per year as expected.