If you want to learn more about the 10 countries that send most immigrants to France, then you have come to the right place. France is an extremely diverse country, with people of various nationalities living together in peace and harmony. However, that does not mean that the people in the country are very accepting of different people. The French are famous for not liking tourists, though I think that has more to do with rumor than actual fact since I only met people who were willing to help me out in any way possible when I visited the country. Nevertheless, a recent study discovered that France was actually the least tolerant country with respect to homosexuals in Western Europe, with 28.8% stating that they did not want to live next to a homosexual, which is surprising considering that they also legalized gay marriage recently.

Similarly, the population of France has also recently been against the increased immigration. This may be due to the recent phenomena of refugees escaping from their countries to escape persecution, with the majority coming from Syria, which is in the midst of the civil war which has resulted in more than 300,000 deaths. However, the mass migration to Europe has also allowed some people with nefarious purposes to slip through, mainly ISIS. This resulted in the Paris attacks in November 2015, which resulted in the deaths of over 130 people, and led to France closing its border. It is important to note that President Hollande stated that France would still take the 30,000 refugees from Syria that it had pledged to take before the attacks took place. 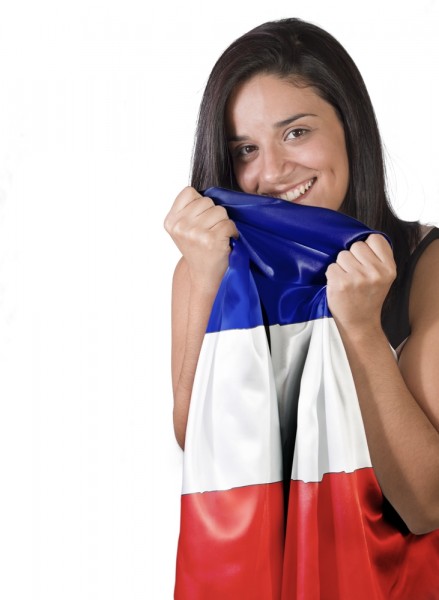 The memory of the attack still lingers in the minds of the French population and has led to hostility from the nationals towards the immigrants. Now, a majority of the French have a negative opinion about immigrants in their country, with 57% stating that they believed there were too many in the country. The reason behind this thought process is that many believed the immigrants would not be able to integrate into society, a concern which is probably mainly for Muslim immigrants, who often have a poor record of accepting the culture of the country to which they move. Others were concerned that terrorists pretending to be refugees would be able to easily access the country and further their agenda through attacks, which is again a valid concern keeping the November attacks in mind.

Unfortunately, there are few recent studies about the immigrant population in France. This is why we had to rely on a 2013 survey conducted by France’s National Institute for Statistics and Economic Studies Measuring, which determined the nationality of the people who migrated to France in 2012. Like we mentioned, most of the immigrants were from European countries, though if a new survey was to take place, Syria might also be one of the countries that send the most immigrants to France. On the other hand, if you want to learn about the immigrant populations of other countries, you might be interested in 10 Countries that Send the Most Immigrants to Australia. Now, let’s see the list of countries that send most immigrants to France.