So, do you want to know about some of the biggest Kickstarter failures of all time? You probably know Kickstarter, the platform which has helped fund an impressive number of independent projects, from different categories, such as video games, music, comics and the food industry, developed by Kickstarter, Inc.

The system is quite simple: someone comes up with an idea and creates a project. He or she goes for a funding goal, and sets a deadline. People then donate their money to the project in return for different sorts of rewards, such as t-shirts, books, coffee mugs, etc. If the goal is achieved, the project comes to life! If it misses the deadline, the funds are still collected, but the project is unlikely to reach completion in its once-gloriously envisioned state.

Description: “I want to create a 2015 calendar of Cat Erotica.” Okay, I guess it might be interesting for Garfield and its crew but this is definitely quite disturbing for us humans…

No. 9 Staring at the Camera

Description: “I will make a film showing myself staring at the camera for thirty minutes. Possibly more.” This project received an amazing amount of 118 backers! Who could have though this was even an idea?

No. 8 Songs About Robots

Description: “A few buddy’s and I write and perform songs about robots for SparkFun’s annual AVC. This year, we’d like to hit a recording studio!” Despite having 41 backers, these ‘buddy’s’ didn’t make it… probably a huge disappointment for all the moms and dads that bet on their kids’ project!

Description: “Help fund the greatest parody web series to ever hit the net!” Except this parody was never great, because it failed to find anyone willing to back it. Apart from, of course, 7 fans who donated an average of $7 to make this “dream” come true.

Continue to the next page to see the absolute biggest Kickstarter failures in history. 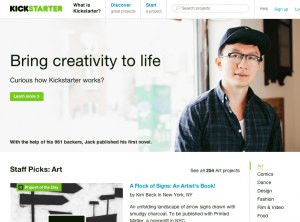 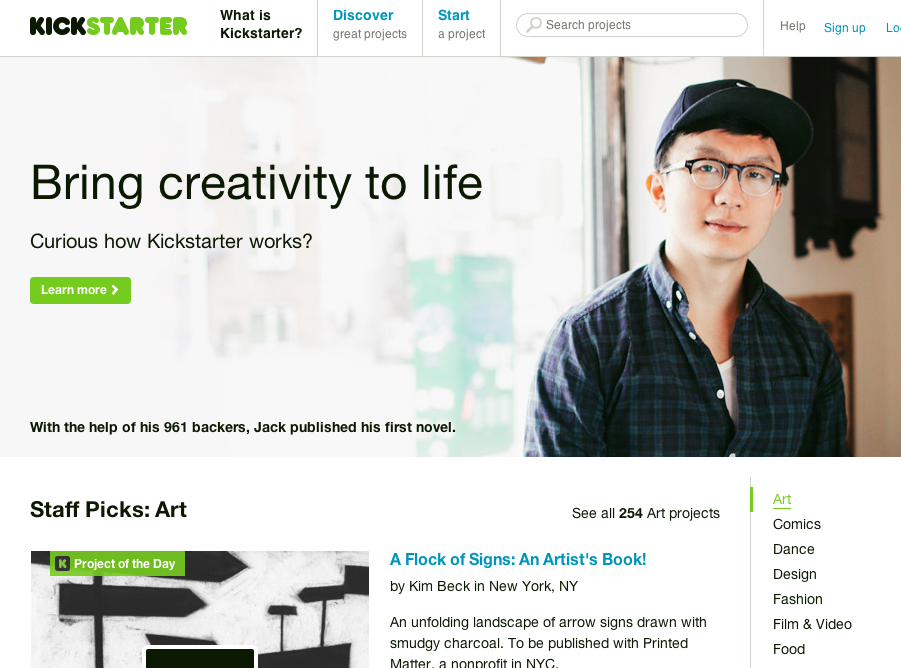 How To Be Successful on Kickstarter: 5 Tips
Monthly Newsletter Strategy
Download a free copy of our newsletter and see the details inside!
Hedge Fund Resource Center
Lists