If you’re curious about the United States Air Force and where they are housed, take a look at the 10 biggest air force bases in the world.

I don’t personally know many people in the Air Force or much about the branch, I am really intrigued by airplanes. The United States is home to what is widely considered as the most powerful military in the world. Therefore, it’s also home to some of the largest military bases in the world. Many of these bases take up vast amounts of land and are, in a way, their own city within a city due to the number of people who work and live there on a daily basis. The idea of military bases has always been interesting to me because, for the most, normal civilians cannot go on the base whenever they want. Security is no joke when you’re within even a few miles of these bases. I do know there’s an Air Force base in my home state of North Carolina, but it’s rarely talked about, maybe because it’s overshadowed by the much larger Marine and Army bases our state is also home to. The only branch that doesn’t have a branch in the state is the Navy. You can find out where some of the largest Navy bases are with the 10 Largest Navy Bases in the World. 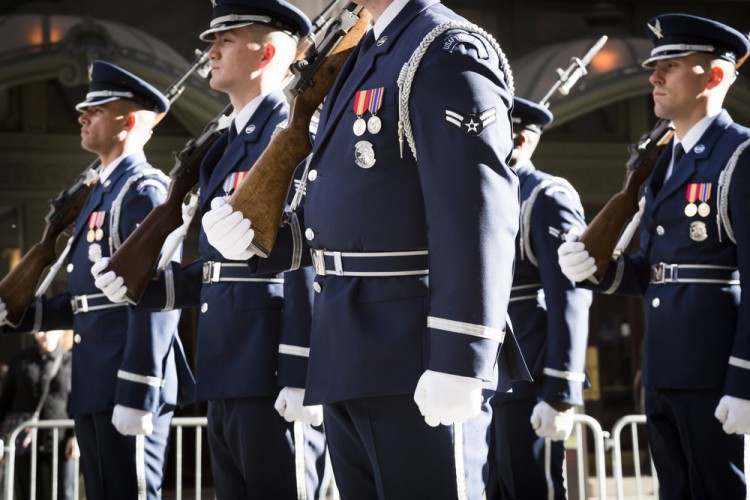 According to the Air Force’s Personnel Center, the branch employs nearly 13,000 pilots, 1,364 air battle managers, and more than 300,000 active duty personnel. It’s also the newest branch of the United States military, established in 1947. There are also almost 61,000 female personnel in the Air Force. Around the world, some of the strongest Air Forces are in Japan, Australia, Germany, India and France, just to name a few.

Because these bases are so important to a country’s military power and security, we decided to come up with our own list of biggest air force bases in the world. To come up with this list, we used sites such as MilitaryTimes, MilitaryInstalations, AirLiners, VeteranAid to determine the population of the largest Air Force bases. So the base at the top of our list is associated with the largest population of personnel out of the group of 10.

Without further ado, let’s take a look at the 10 biggest Air Force bases in the world, and how many people call them home.