There’s a big chance that the most recent whisky drink you enjoyed is made by one of the 10 best whisky producers in the world.

There is continuous high demand around the world for distilled spirits like whisky. In fact, the distilled spirits industry recorded its 19th-consecutive year of growing sales volumes in the U.S in 2016, at 220.1 million 9-liter cases, according to the Beverage Information Group, a market research firm that specializes in gauging sales and industry trends for wines, spirits, and beer. Brown spirits like whisky have significantly contributed to that growth, given the recent increased interest in such drinks. In fact, makers of whisky generally enjoyed healthy sales growth last year, accounting for 55.4 million 9-liter cases in spirits sales in 2016, across the five categories: straight whisky, blended whisky, Canadian whisky, Scotch whisky, and Irish whisky. With that hefty volume of sales, whisky accounted for about one of every distilled spirit bottle sold in the U.S.

If you’re particular in your whisky of preference, Insider Monkey has a list of the Best Bourbon For The Money: 10 Best Bourbons Under $50, for those of you who want to drink U.S-made whisky without spending too much money in the process. 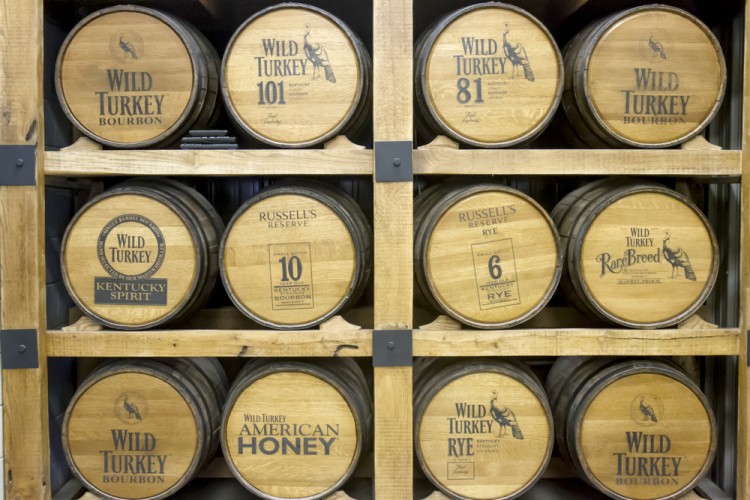 The U.S whisky market is divided almost equally among home-made and imported whisky brands. Straight and blended whisky, as defined by the Beverage Information Group, are generally made in the U.S. Straight whisky, as mandated by U.S law, is created by distilling a fermented cereal grain mash to create a spirit not exceeding 80% alcohol content by volume and then aging the spirit for at least two years. Blended whisky is produced by combining different types of whisky or neutral grain spirits, coloring, and flavorings. Meanwhile, imported whisky includes Canadian, Scotch, and Irish whisky, with each country having their own standards and specifics on how to make whisky. This significant differentiation in products means that no two whisky brands are created equal, therefore helping drive more demand among whisky connoiseurs. But regardless of the origin, the 10 best whisky producers in the world greatly influence the supply of whisky available to these enthusiasts.

As for demand, the Beverage Information Group measures demand for each spirit brand available in the U.S market, including whisky. The research firm’s latest handbook of statistics for the liquor market contained a list of the top 100 liquor brands, as well as the top 10 whisky brands in each of the five aforementioned classifications. Each listing includes information on the producer, as well as the sales volume recorded by that brand in 2016. For the purposes of this article, we tabulated the sales of each brand and combined them to reach overall sales totals for the producing companies in question.

The 10 best whisky producers in the world, which include Bacardi USA, Beam Suntory Inc (NYSE:BEAM), Brown-Forman Corporation (NYSE:BF.A), Campari America, Constellation Brands, Inc. (NYSE:STZ), Diageo plc (ADR) (NYSE:DEO), Heaven Hill Brands, Pernod Ricard USA, Sazerac, and William Grant & Sons, are ranked according to the amount of sales they recorded in 2016. We have also included a list of the notable whisky brands that played huge roles in the companies’ success.

Check out the list of best whisky producers in the world beginning on the next page.

11 Best Selling Courses on Udemy in 2017
Monthly Newsletter Strategy
Download a free copy of our newsletter and see the details inside!
Hedge Fund Resource Center
Lists