With our list of best places to retire in South America, deciding on your retirement destination was never easier.

South America is world’s 4th largest continent by area and 5th most populous one. Although South America isn’t as popular retirement destination as Central America, there are lots of people deciding to spend their golden years here. There are plenty of reasons to do so, including a moderate cost of living, charming culture, colorful cities and lots of natural beauties. Although some of the countries had serious political issues in the past, the situation is mostly stabilized now with the majority of the countries seeing significant development. According to International Living magazine’s Annual Global Retirement Index for 2017, five countries from South America made it in the 24 top retirement destinations in the world. The index was calculated based on numerous criteria including healthcare, cost of living and climate. 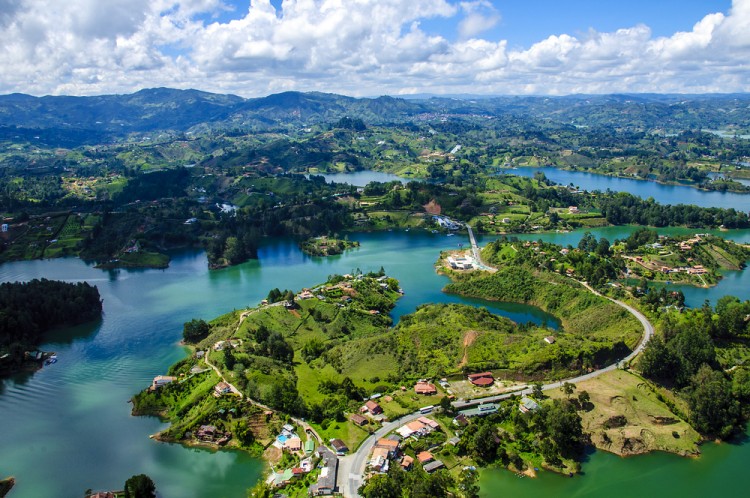 The quality of healthcare in South America has seen significant progress in the recent decades. Governments are increasing their efforts into making universal healthcare accessible to everyone, and some countries like Columbia have even put the right to healthcare into Constitution. The quality of medical care has been recognized by the foreigners as well since South America has become one of the top destinations for medical tourism. According to the World Economic Forum‘s Health and Hygiene ranking, Argentina tops all other countries on the continent, ranking 18th overall. For top retirement destinations in this country, check out our list of 10 best places to retire in Argentina.

Unfortunately, safety is still an issue in South America. For example, the WEF rankings for Safety and Security saw Chile ranked in 44th place overall (highest of the countries in South America), while other countries received lot worse rankings including Columbia that was placed dead last out of 136 countries in the world. Scams and thefts have been highlighted as the main concerns, but violent crimes also take place. Of course, the safety situation mostly depends on the part of the country you find yourself in. Large cities will always have an increased criminal activity as well as destinations with touristic attractions.

In order for us to create our list of best places to retire in South America, we took recommendations from British Expat Guide, International Living and South America Travel among others. Then we checked the recommended destinations for average rent cost (Numbeo, Expatistan), hospital to population ratio (Google Maps) and cost of the flight to the United States (Google Flights). After that, we ranked the places and assigned points accordingly. Extra points were added if the country (where the destination is located) found its place on International Living’s list of best retirement destinations in the world. After summing the points into our IM Score, our list took shape. Note that flight cost includes the cost of transportation to the nearest airport, while hospital to population ratio should tell you how many people are assigned to one hospital in a particular location. Without further ado, let’s take a look at the list.