In this article, we present the 10 best places to retire in Norway, in the country with a fascinating history, impressive fjords, and happy people.

Many visitors say that Norway is a unique museum in the world. A northernmost populated country in Europe, also known as the land of the Vikings and medieval myths is half-covered with the snow and ice and it’s a true paradise for genuine adventurers in the golden years. Also, it is important to mention its fjords which are considered as one of the most beautiful natural miracles today. Two most magnificent fjords are Geirangerfjord and the Naeroyfjord, which are under the protection of UNESCO and represent the main characteristic of Norway.

In order to allow everyone to enjoy the nature, Norwegians have established the law called the “allemannsrett”, which means “the everyman’s right”. It allows access to any part of the country, allowing the visitors to set up a tent on any surface, or hike through areas that are not agricultural land. 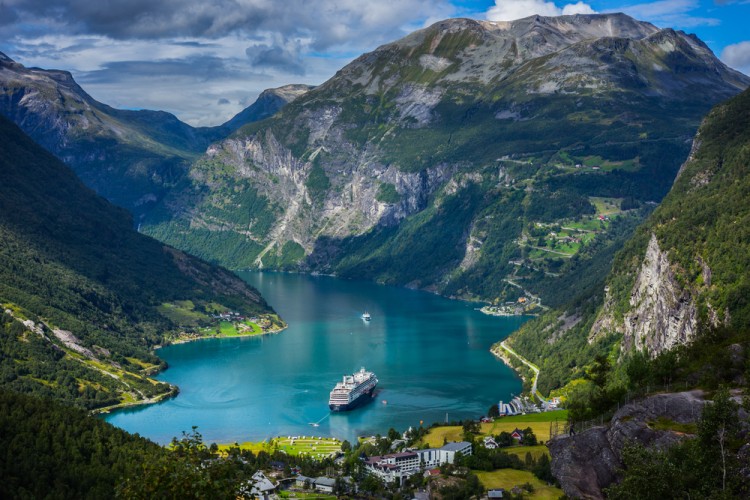 Norwegians are different from the rest of the world because they have a slower pace of life than the EU or the US. The life in Norway is calm and without any rush. It is assumed that Norwegians have a longer life span compared to other European nations because they have that kind of life’s philosophy.

From the aspect of safety, Norway’s crime rate is very low and the murders are extremely rare.

Despite the fact that it is not on our list the 10 cheapest places to retire abroad, statistics show that it is one of the countries with the highest standards, and the state, in spite of the social stratification is trying to preserve the principle of social equality.

The list of cities that we’ve taken into consideration when creating the list of 10 best places to retire in Norway are chosen based on recommendations of specialized magazines and portals such as Nomadlist, Numbeo, Page F30, LonelyPlanet. Given the fact that we have a large number of cities in circulation, the places for our final list we have chosen on the basis of four factors: cost of living, cost of rent of a one-bedroom apartment, apartment price per square meter, number of physicians per 1,000 population (%), and to these factors we have allocated the points from 0 to 10. The places with the highest costs and the small percentage of doctors per 1,000 inhabitants got the minimum points while the places with the high percentage of doctors per 1,000 inhabitants and more affordable costs of living got the most points.

Below we present the 10 best places to retire in Norway.

10 Countries that Export the Most Cut Flowers in the World
Monthly Newsletter Strategy
Download a free copy of our newsletter and see the details inside!
Hedge Fund Resource Center
Lists