10 Best Places to Retire in Ireland

If you’re looking at retirement possibilities in the Emerald Isle, this list of 10 best places to retire in Ireland could come in handy. Republic of Ireland and the United States of America share a lot of history between themselves. After all, around 33 million Americans reported their Irish ancestry to the United States Census Bureau in 2014. It’s no surprise that some of them are looking into possibilities of returning to the country of their ancestors and spending their golden years there. They aren’t the only ones, though. Ireland is known for its beautiful nature, friendly people and rich culture. These are good reasons for any willing and able retiree to settle there. Plus, English is official language so there shouldn’t be any barriers in that respect. 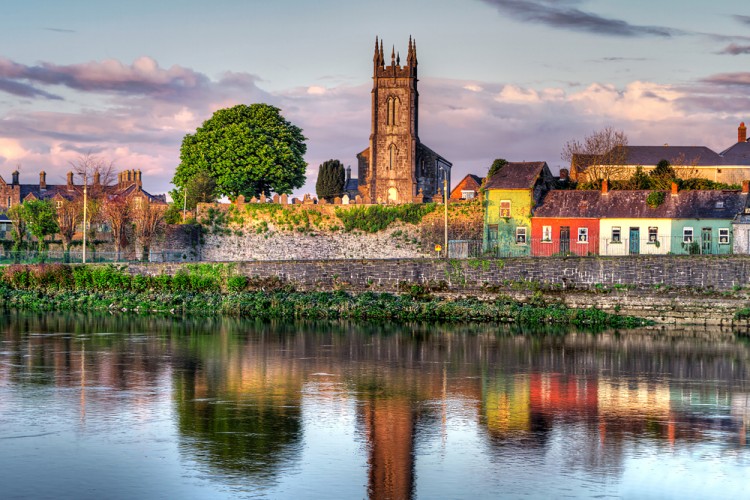 If you take a look at this list of “the 10 cheapest places to retire abroad“, you’ll notice that Ireland isn’t among them. That’s because Ireland isn’t cheap. To the contrary, Republic of Ireland is a part of the European Union and as such maintains rather high standards when it comes to the cost of living and salaries.

Of course, prospective retirees aren’t really interested in average salary in Ireland, so we’ll shift our attention towards the cost of living. Take this report, for example. Deeks family has decided to replace arid Arizona for lush Ireland and here’s how their current expenses compare to those from the south of US. In short, grocery shopping should be more pleasant in Ireland. Although most items are roughly the same price, you should still be able to save up to 10-20% in Ireland.

Moving on to utilities. This is where you’ll have to pay more – up to 35% more to be precise. The reason for such a hefty increase in utility expenses is electricity, which alone is some 30% more expensive than in Arizona, thus making out for the most of the aforementioned increase in prices.

As far as healthcare goes, it would have been much simpler if you came from the EU. Since Americans aren’t the EU citizens, they are obliged to purchase health insurance for hospitalization and everyday medical expenses. Deeks have chosen roughly $110 per month option which comes to $1,300 a year. This is much less than their $2,700 Arizona healthcare which, by the way, also offered less coverage than the Irish plan.

Housing prices are currently soaring in the entire country which isn’t such good news for prospective retirees.Dublin is still by far the most expensive city in that respect, but previously inexpensive rural and smaller city areas are now becoming more expensive as well. Take a look at The Journal’s report for yourself or at this less comprehensive, but more detailed Global Property Guide report.

Finally, owning a car anywhere in the world is pretty much more expensive than in America. Gasoline prices are roughly three times higher anywhere in Europe than they are in the US. However, Europeans (including the Irish) are also a little bit more pragmatic, so they don’t drive full-size cars fitted with V8 gas guzzlers. Instead, Euro-spec cars offer much better mileage which tends to balance discrepancy between oil prices in Ireland and the United States.

To cut the long story short, you’ll basically spend some 30% more on fuel if you choose the right car. Furthermore, auto insurance will be some 30% cheaper than in the US, but that too depends on the chosen car. When all is said and done, Deeks are spending roughly the same amount for everyday expenses in Ireland as they were in Arizona. It all depends on choices you make, but annual retirement plan worth some $30,000 is more than feasible in the Republic of Ireland.

Before we move on, let us disclose some interesting facts about retirement in Ireland. American citizens can obtain Irish citizenship through birth or descent only if their ancestors were born in Ireland. Other than that, there’s no guaranteed path to Irish citizenship as new regulations introduced in 2016 are much more strict in that regard. For instance, non-EU citizens will have to prove annual income of at least €50,000 (per person) in order to be eligible to stay in Ireland. That’s roughly $56,500 at the time of writing this article. If you manage to establish permanent residency in Ireland, you’ll be glad to know that free transportation is available to all above 66 years of age. However, as mentioned above, permanent residency in Ireland has some high requirements right now.

Let us finally move on with our list of 10 best places to retire in Ireland. For our methodology, we have started with the weather obtained from all 25 Republic of Ireland’s weather stations. Although it rains a lot across the country, western and eastern parts still showcase plenty of differences in terms of total annual precipitation. Needless to say, the more the rain, the worst conditions are for prospective retirees. Temperatures, on the other hand, are similar – at least regarding mean annual temperatures which are more or less on a constant level of 10°C or 50 °F. Then we moved on to housing prices. As shown in this The Daft.ie House Price Report for Q1 2016, we have pulled the data for every single one of Ireland’s counties. Our end results are a mix of housing prices and weather, while our list is comprised of counties – not cities, towns and villages. We will, however, give you a few examples for every Irish county that has made the list.