Lights, camera, action let’s get rolling on the 10 best film schools in Europe.

I was on a film set last weekend. It was for a short film on which someone I know is helping out. It transported me right back to my days in film school. Before that I hadn’t heard someone scream “speed” unless we were playing Keanu Jeopardy, a weird version of Jeopardy invented to help people drink alcohol and/or a game I just made up right now–spoiler alert every answer is “Speed.“

Film school is a great way to watch movies and a terrible way to save money.  My parents were kind enough to be supportive of this creative endeavor, likely because a) I had already been to college and b) I was paying for the majority of it myself. I remember one Professor who looked remarkably like a marionette telling us that she thought the prevalence of digital video opened the door to too many filmmakers. This kind of sounded like when teenagers start hating a band they liked because they got famous.  Regardless, film school is where I learned… many things I’m sure, and even if nothing applicable to my current life is jumping to mind–I still feel more culturally and artistically informed, with a more honed writing ability, more toned work ethic and more feverish love of comedies of remarriage than I thought possible. 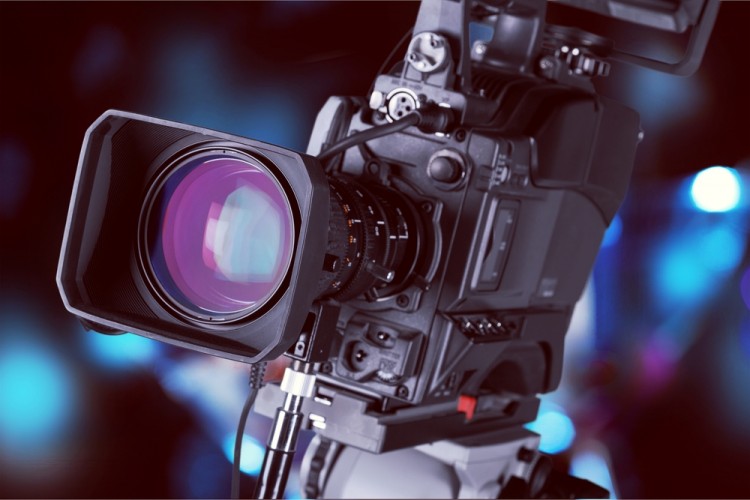 The origin of the film goes far back when motion cameras were invented in the 1890s. Because of the limited technology people had then, films were less than a minute long. Early film was silent until 1927 when some of the first sound motion pictures like The Jazz Singer were produced. Today there are hundreds of studios, but do you know when was the first studio built? With building the first studios in 1897, special effects were also introduced where the film industry continued its development.

If you take a look at movies from decades ago, compared to today’s you can notice the huge improvement in sound and visual technology and the ability to give the fantastic a quality of realism. Producers and directors know how to play with weather conditions and implement them on the screen and how to shoot from the right angle. Also, we have all kind of drones and cranes, which makes the recording from previously unheard of, or overly expensive angles, easier.

Today, 3D technology even plays a role in the film industry. Although I saw Avatar in the first row in 3D and spent the entire movie with my eyes closed so I wouldn’t puke, I found out days later that the Navii were blue. Yet, people purchase 3D TVs for their homes. What would you want to support this kind of madness? America is a mysterious place.

If you are looking to find out which are the 10 best film schools in Europe, you probably are considering film school and, if you are rich or lucky, go for it! Everyone else, make sure you consider carefully before jumping into the biz. Film is harder than you think and it takes a great deal of perseverance. Don’t mistake a love of WATCHING movies for a love of MAKING them. Get as much experience behind the camera and on sets as you can, before you make the investment–especially if you are thinking about incurring the adding costs of going to school abroad. However, somebody has to be the next Fellini, Varda, Truffant, Hawkes, Nair, and Scorcese, and it could be you! This is very important in today’s films and if you want to learn how to make it you probably want to go in one of these 10 best film schools in Europe. You should also check out the 7 Best Film Schools In Canada.

Some countries aren’t the most developed which means the buildings and the technology wouldn’t be on the priority list, and why would someone go to a school without the proper technology to learn something where technology is the most important? These 10 best film schools in Europe have it all: from the best cameras for you to experience and learn what kind of cameras you should work with and why, software, drones and green screens in order to learn how to use the given technology and tools to create something unique and attractive to people.

In order to create the list of 10 best film schools in Europe, we were helped by  The Hollywood Reporter and Video Blocks Education, pulled the average and sorted them by how many people are interested in them, and how good they are.