Why You Should Know Who Bruce Silver Is

Bruce Silver’s Silver Capital Management has revealed its latest stock picks in its third quarter 13F with the SEC. Silver’s firm is one of the 600 or so hedge funds we track at Insider Monkey, and if you know where to look, the best consensus stock picks of this group can beat the market (see how we returned 47.6% in our first year). It’s also important to look at individual favorites, and with that in mind, let’s run through Bruce Silver’s largest holdings at the end of Q3. 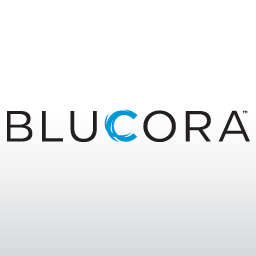 In the third quarter, Blucora completed its purchase of Monoprice, which it announced earlier this year. The value of the transaction for the online distributor of consumer electronics and accessories amounted to $180 million in cash. In the second quarter of 2013, Blucora posted a 16% increase in revenues on the year, which amounted to $117.2 million.

Silver Capital also reported a $2.3 million position in Forestar Group Inc. (NYSE:FOR), which contains 107,899 shares. This is a new position in the fund’s equity portfolio. The net income of Forestar declined to $0.5 million in the second quarter, from $0.8 million compared with the same period of last year. The decline in profit was mainly caused by a $1.6 million expense from the purchase of Credo Petroleum Corporation. Specialized in real estate and natural resources, Forestar Group posted a 170% surge in oil and gas production, on the back of the acquisition of Credo.

The next on the list is XO Group Inc (NYSE:XOXO), in which the fund owns 168,206 shares, with an aggregate value of some $2.2 million. Total revenue of XO Group went up by 4.4% on the year to $37 million, while net income increased to $4.1 million, from $3.1 million. XO Group is engaged in media and technology for weddings, pregnancy, and other things related to them. The stock of the company has advanced by around 50% since the beginning of the year, rewarding investors like Silver, David Shaw and Ken Griffin.

The fund also disclosed a $2.3 million stake in NutriSystem Inc. (NASDAQ:NTRI). Silver Capital owns 157,002 shares of the company engaged in weight management systems. For the third quarter of 2013, NutriSystem showed an annual 5% increase in revenues to $85.4 million. NutriSystem’s main products are various packages for weight loss. Earlier this year, the company announced the expansion of its production, on the back of increase in demand. NutriSystem also expanded its retail network to 3,700 Wal-Mart [s:WMT] stores, which is expected to help sales growth in the future.

The fifth largest pick from Silver Capital’s latest 13F is a $2.1 million position held in KKR Financial Holdings LLC (NYSE:KFN). The fund holds an aggregate amount of 202,404 shares of the company. During October, KKR announced several acquisitions, one of which is Avoca Capital, a Europe-based credit investment management firm with AUM worth around $8 billion. The company also entered into a definitive agreement under the terms of which, KKR’s funds will purchase SBB/Telemach Group, a Pay-TV and broadband operator. Under the terms of another agreement, KKR acquired Melrose Industries PLC for $1 billion. The investment firm had a net income of $204.7 million in the third quarter of 2013, an increase in comparison with $127.4 million in the same period of last year.

A Buffett-worthy Brand to Buy