Is Banc of California, Inc. (NYSE:BANC) a buy, sell, or hold? Hedge funds are taking a bearish view. The number of long hedge fund positions shrunk by 1 recently. Our calculations also showed that BANC isn’t among the 30 most popular stocks among hedge funds (see the video below).

In today’s marketplace there are a large number of metrics market participants employ to assess their holdings. Some of the most under-the-radar metrics are hedge fund and insider trading sentiment. Our experts have shown that, historically, those who follow the best picks of the top money managers can trounce their index-focused peers by a healthy amount (see the details here). 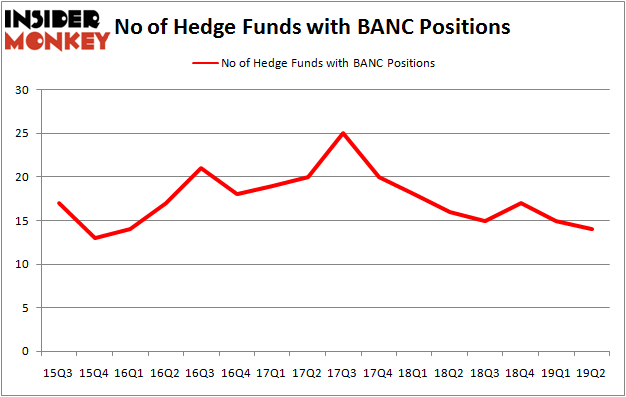 Unlike former hedge manager, Dr. Steve Sjuggerud, who is convinced Dow will soar past 40000, our long-short investment strategy doesn’t rely on bull markets to deliver double digit returns. We only rely on hedge fund buy/sell signals. We’re going to take a glance at the fresh hedge fund action regarding Banc of California, Inc. (NYSE:BANC).

How are hedge funds trading Banc of California, Inc. (NYSE:BANC)? 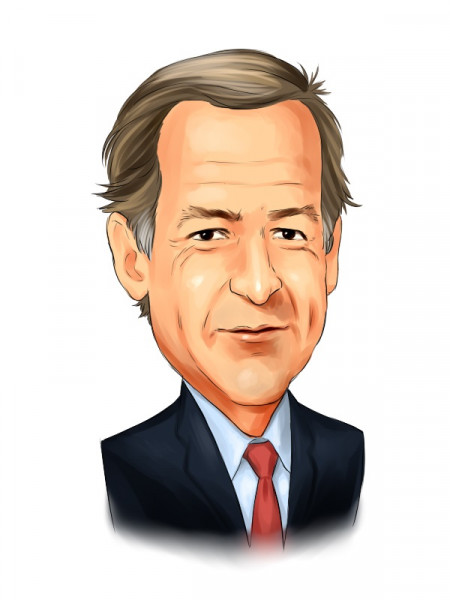 Of the funds tracked by Insider Monkey, EJF Capital, managed by Emanuel J. Friedman, holds the biggest position in Banc of California, Inc. (NYSE:BANC). EJF Capital has a $27.9 million position in the stock, comprising 3.5% of its 13F portfolio. Sitting at the No. 2 spot is Michael Price of MFP Investors, with a $18.7 million position; the fund has 2.4% of its 13F portfolio invested in the stock. Remaining professional money managers with similar optimism consist of Mark Lee’s Forest Hill Capital, Tom Brown’s Second Curve Capital and Anton Schutz’s Mendon Capital Advisors.

Because Banc of California, Inc. (NYSE:BANC) has witnessed declining sentiment from the aggregate hedge fund industry, we can see that there was a specific group of money managers who sold off their entire stakes heading into Q3. Intriguingly, Andrew Feldstein and Stephen Siderow’s Blue Mountain Capital said goodbye to the biggest stake of the 750 funds followed by Insider Monkey, comprising close to $0.9 million in stock. Ken Fisher’s fund, Fisher Asset Management, also dropped its stock, about $0.7 million worth. These bearish behaviors are intriguing to say the least, as total hedge fund interest dropped by 1 funds heading into Q3.

As you can see these stocks had an average of 14.25 hedge funds with bullish positions and the average amount invested in these stocks was $98 million. That figure was $87 million in BANC’s case. Comtech Telecommunications Corp. (NASDAQ:CMTL) is the most popular stock in this table. On the other hand Luxfer Holdings PLC (NYSE:LXFR) is the least popular one with only 9 bullish hedge fund positions. Banc of California, Inc. (NYSE:BANC) is not the least popular stock in this group but hedge fund interest is still below average. This is a slightly negative signal and we’d rather spend our time researching stocks that hedge funds are piling on. Our calculations showed that top 20 most popular stocks among hedge funds returned 24.4% in 2019 through September 30th and outperformed the S&P 500 ETF (SPY) by 4 percentage points. Unfortunately BANC wasn’t nearly as popular as these 20 stocks (hedge fund sentiment was quite bearish); BANC investors were disappointed as the stock returned 1.6% during the third quarter and underperformed the market. If you are interested in investing in large cap stocks with huge upside potential, you should check out the top 20 most popular stocks among hedge funds as many of these stocks already outperformed the market so far in 2019.