If you want to be both amused and moved while sitting and waiting for the heavy autumn rainfalls to stop, then check out our list of the top 35 funniest, most popular and inspiring best TED talks of all time. These videos will definitely make your foggy and cloudy October afternoons more entertaining and interesting. Have a warm cup of tea and enjoy the talks!

For those unfamiliar, TED, an abbreviation that stands for Technology, Entertainment and Design, functions as a media community that welcomes the eminent professionals from different aspects of life including science, culture, technology, and business. Globally famous TED conferences and talks, projects, and lessons tend to inspire, spread and share ideas through the world. Concerning the rules of participating in popular talks, it is worth mentioning the duration of videos for public share. The talks mustn’t exceed 18 minutes in length. But why 18 minutes? Well, the scientists claim that between 10 and 18 minutes the auditorium can keep an attention and be completely involved in before they went off. Furthermore, the up-to-18-minutes period makes neurons in our brains work faster and more effective in the shortest amount of time. If your coffee break is not that long, you can always opt for some of the best short TED talks in 3 minutes or maybe a bit longer TED talks that are under 6 minutes. Whichever you choose, you will be a part of “ideas worth spreading’ team!” 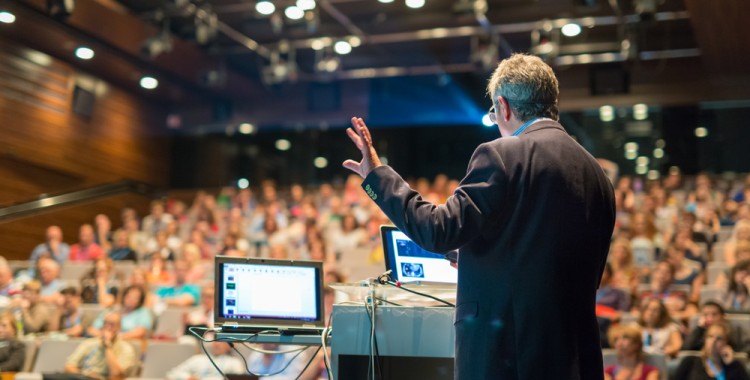 Even though TED topics were originally emphasized on technology and design only, today they cover culture, business, and education. TED talks are not just for the grownups but the kids as well. The very best TED Talks for kids and your entire family can be found via TED’s playlist of videos that are held by professional psychologists and educators. Speaking of best, we also dealt with this subject three years ago when we compiled a list of the 20 best TED Talks of all-time. Instead of staring at tablet and smartphone screens, make your loved ones hear and adopt some genius pieces of advice.

While researching for the funniest TED talks, we have discovered many different perspectives of what funny means. It is highly individual, whether something is funny or not. We came across many different choices of the funniest TED talks. The same goes for the most inspiring TED talks. What inspires us currently doesn’t necessarily mean it will motivate us tomorrow. Everything depends on the life situations.

To make a unique list of the top 35 funniest, most popular and inspiring best TED talks of all time, we combined the lists of the funniest talks with a list of those most inspiring and ranked them upon their popularity. We assumed that popularity can be measured by the number of views each video has. So, we summed the number of views obtained from both official TED website and YouTube and ranked videos/talks according to the result. Many videos we are going to mention in our list can be found on the playlists of the best TED talks 2015 and top TED talks 2016.

Now, scroll down and choose one of the most popular TED talks to bring you entertainment, make you laugh or get you inspired!

10 things you didn’t know about orgasm by Mary RoachA SaudiA simple way to break a bad habit by Judson Breweran Indian and an Iranian walk into a Qatari bar… by Maz JobraniAre you a giver or a taker? by Adam GrantAre you human? Ze FrankBeats that defy boxes by Reggie Wattsbest short TED talksbest TED talks for kidsCan you really tell if a kid is lying by Kang LeeClose-up card magic with a twist by Lennart GreenDid you hear the one about the Iranian-American? by Maz JobraniDo schools kill creativity? by Ken RobinsonEvery kid needs a champion by Rita Piersonfunniest TED talksHow to make work-life balance work by Nigel MarshI got 99 problems… palsy is just one by Maysoon ZayidInside the mind of a master procrastinator by Tim UrbanKeep your goals to yourself by Derek SiversLetting go of God by Julia SweeneyList XFinancemost inspiring TED talksNerdcore comedy by Ze FrankSlideshowSuccess is a continuous journey by Richard St. JohnTeach girls bravery not perfection by Reshma Saujanithe 20 best TED Talks of all-timeThe agony of trying to unsubscribe by James Veitchthe best TED talks 2015The happy secret to better work by Shawn AchorThe mystery box by J.J.AbramsThe puzzle of motivation by Dan PinkThe surprising habits of original thinkers by Adam Grantthe top 35 funniest most popular and inspiring best TED talks of all timeThis is what happens when you reply to spam email by James VeitchTop 35 Funniest Most Popular and Inspiring Best TED Talks of All Timetop TED talks 2016What I learned from 100 days of rejection by Jia JiangWhat it takes to be a great leader by RoWhat it takes to be a great leader by Roselinde TorresWhat makes us feel good about our work by Dan ArielyWhat we didn’t know about penis autonomy by Diane KellyWhat you don’t know about marriage by Jenna McCarthyWho are you really? The puzzle of personality by Brian LittleWhy city flags may be the worst-designed thing you've never noticed by Roman MarsWhy we do what we do by Tony Robbins