What are the top 10 prescription diet pills that work fast? As obesity has become a real issue of late (more than 2 in 3 adults are considered to be overweight or obese), sometimes people might require a medical intervention to address the excess body weight, which is why drug companies have jumped in and released a whole bunch of strong prescription pills. Now, there’s an obvious question that arises: why don’t people use more prescription drugs and instead choose to spend thousands of dollars on gym memberships, various programs like Weight Watchers? Since these are prescription drugs, they have been approved by the Food and Drug administration and, therefore, it has been scientifically proven that they work. Right?

When it comes to prescription weight-loss drugs, no drug has ever reached sales of $1.0 billion. And there are several reasons why they haven’t caught on. First of all, it’s that their results are somewhat weak. For a drug to be approved by the FDA as a weight loss aid, it has to show that patients can lose 5% more weight than those on placebo, or that more than 35% of the patients taking the drug lose more than 5% of their weight and prove that this is twice the weight lost by subjects taking placebo. However, it’s a well known fact that obese people lose weight faster, so to lose between 5% and 10% of the weight (usually the amount required for a person to stop being obese), doesn’t require that much dieting and exercise (although some effort is required anyway).

In addition, there are some rather serious side-effects that may outweigh the results of taking such drugs. One of the most serious side-effects can be addiction, since many weight loss drugs have ingredients similar to amphetamines and are classified as controlled substances by the Drug Enforcement Administration. In fact, one of the first prescription weight loss drugs was methamphetamine and in the 1950s, doctors didn’t have any issue prescribing them, which led to a surge in the number of addicted people. Plus a more nasty side-effect of taking weight-loss drugs can be oily stools, since the drugs, basically, led to the fat being eliminated from the body instead of being absorbed. 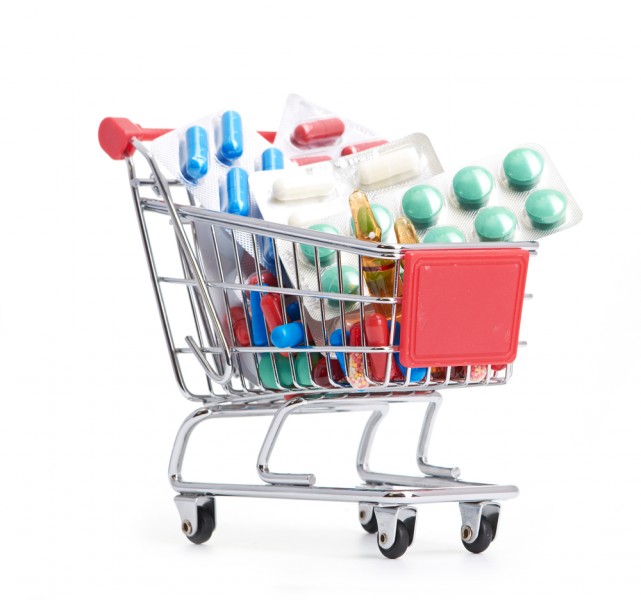 So, whether or not to take prescription diet pills is a decision that has to be made by a doctor and after a thorough analysis of the ingredients and side effects. It can be really less hustle to get some weight loss aid that is available over-the-counter (see 7 most popular diet pills that work fast without exercise), since they work in the same fashion as prescription ones: mainly reduce appetite and increase metabolism. Moreover, over-the-counter diet pills have similar ingredients to the prescription ones, but are weaker and can have fewer side-effects and they also often contain ingredients that are natural instead of chemical. In any case, with prescription or over-the-counter diet pills, a change in lifestyle and regimen will be mandatory for most people willing to lose weight (with exception for people with some special conditions like type 2 diabetes), so one might just start with that one and see how it goes.

With this in mind, let’s take a closer look at the top 10 prescription diet pills that work fast.