Agriculture is one of the oldest activities and probably one of the oldest businesses that has been around for thousands of years. Given the importance of food for sustaining life, it’s not surprising why it has a primordial role in the global economy. However, over the years, agriculture has evolved alongside other industries and has become more interconnected with other segments such as technology and chemicals. This diversification of agriculture into different segments, means that investors have more opportunities to expand their portfolios and to invest not only in companies focused on livestock, grains, farming, but also those that are developing new farming technologies, working on agriculture automation, developing new fertilizers, pesticides, new types of seeds that are more robust and can grow in a harsher environment.

If the diversification alone is not a factor to consider investing in agriculture, then it’s also worth mentioning that many agricultural companies have been around for years and during this period they managed to expand across several continents and have achieved a scale that allows them to shield themselves from environmental, political, or economical shortcomings. Moreover, these companies usually have solid revenue growth, a healthy balance sheet and profits that they are happily using to pay dividends. 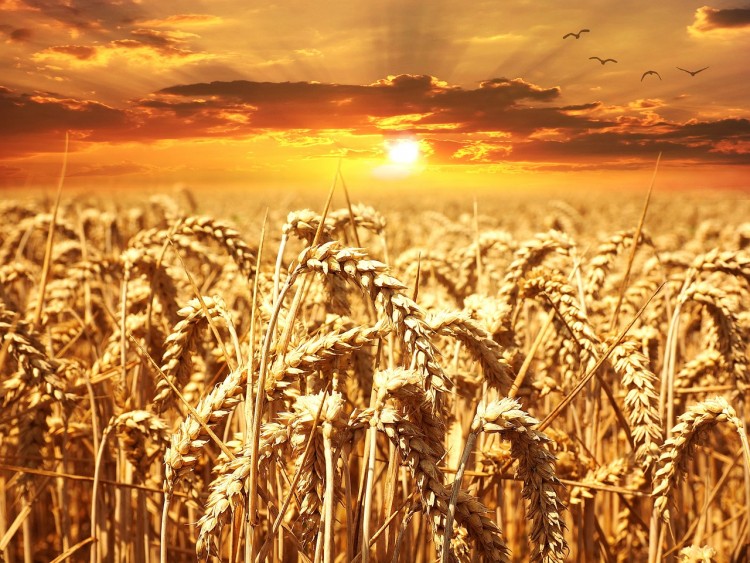 So, if you are looking at some agricultural stocks to invest in, you are likely going to start with a long list of companies. Of course, you could avoid that by focusing on ETFs, such as commodity ETFs like Teucrium Soybean Fund (NYSEARCA:SOYB) or more diversified Invesco DB Agriculture Fund (NYSEARCA:DBA). However, agriculture ETFs are focused on commodities and as far as we know, there isn’t a purely agribusiness stock-focused ETF. This is why we decided to help you and present you with a list of top 10 Agriculture Stocks to buy now.

We have compiled the list of top 10 agriculture stocks to buy now based on one particular metric – the hedge fund sentiment. At Insider Monkey we have been researching hedge funds’ picks for years and have managed to identify companies that substantially outperformed the market. For example, 10 most popular stocks among hedge funds returned 74% between 2015 and 2018, beating the SPY by 42 percentage points. The same strategy of top 10 stock picks returned 28.8% year-to-date amid the pandemic. To find out more about our strategy and which stocks are currently the most popular among hedge funds, you can take a look at 30 most popular stocks among hedge funds: 2020 Q3 Rankings. Additionally, you can check out our premium newsletter and make sure to subscribe to our free daily newsletter to get our latest updates.

Based on our research, we have looked through the data from the latest round of 13F filings to find which agricultural stocks were the most popular among hedge funds. Overall, most agriculture stocks either saw an increase in popularity during the third quarter or recorded a slight decline. Without any further ado, let’s take a look at top 10 agriculture stocks to buy now.

Let’s start off with Nutrien Ltd (NYSE:NTR), a $28 billion producer of fertilizers. At the end of September, there were 26 funds in our database holding in aggregate $550.38 million worth of company’s stock. This is substantially higher from 22 funds with stakes worth $490.72 million a quarter earlier. Among the top shareholders of Nutrien are Jean-Marie Eveillard’s First Eagle Investment Management and Arrowstreet Capital, led by Peter Rathjens, Bruce Clarke and John Campbell, which own 23.07 million shares and 9.35 million shares, respectively.

Recently, Nutrien Ltd (NYSE:NTR) has held its 2020 investor day, where it reiterated its confidence that the demand for fertilizers will remain strong, so prices will also remain high. The company said that “fertilizer demand growth has been strong, despite the COVID-19 pandemic, partly aided by good growth in fertilizer applications in China,” among other points.

In its third-quarter earnings report, Nutrien reported an adjusted EPS of $0.23, which was higher than the expected $0.12 and the revenue of $4.21 billion topped the expectations by $380 million. However, the company also took an $823 million writedown on its phosphate fertilizer operations and said that the phosphate market is oversupplied which will keep prices lower for a longer period. In addition, Nutrien also narrowed its 2020 guidance to $1.60 to $1.85 per share from $1.50 to $1.90 previously.

Archer-Daniels-Midland Co (NYSE:ADM) ranks 9th in our list of the 10 best agriculture stocks to buy now. ADM’s stock lost more than 36% in the first months of the pandemic through March 23, but has recovered by more than 72% since then and is currently trading nearly 10% year-to-date. ADM is a food processing and commodities trading corporation that has been around since 1902. The company is involved in processing oilseeds, corn processing, agricultural services for transport and storing of various products used in the processing industry.

Being around for more than a century, Archer-Daniels-Midland Co (NYSE:ADM) has also been paying dividends every quarter for the last 87 years. Moreover, for over 30 years the company has been increasing its dividend every year, which makes it one of 57 Dividend Aristocrats (a list of stocks whose companies have been raising dividends every year for at least 25 years). This impressive feat shows that Archer-Daniels-Midland has strong fundamentals and as the company is highly diversified both across operating segments and geographically, it’s likely that it will keep paying out solid dividends. Most recently, ADM declared a dividend of $0.36 per share, unchanged over the quarter.

At the end of the third quarter, there were 26 funds tracked by Insider Monkey that held shares of Archer-Daniels-Midland Co (NYSE:ADM), down by two funds compared to the end of June. Among these funds, Ric Dillon’s Diamond Hill Capital and John Murphy’s Levin Easterly Partners are the largest shareholders, disclosing stakes worth $276.64 million and $103.50 million, respectively, in their latest 13F filings.

In Mosaic Co (NYSE:MOS), the number of funds with bullish positions inched down by one to 31 during the third quarter. However, the total value of these funds’ holdings surged to $714.30 million from $450.16 million. Phill Gross and Robert Atchinson’s Adage Capital Management is the largest shareholder of Mosaic among the funds we track, disclosing a $171.50 million position containing nearly 9.39 million shares. Other investors include David Greenspan’s Slate Path Capital, Arrowstreet Capital, and David Shaw’s D E Shaw.

Mosaic Co (NYSE:MOS)’s third-quarter earnings reported on November 3 resulted in a more than 13% drop in its stock price, even though the results were better than expected. The company’s adjusted EPS topped the expectations by $0.06 and amounted to $0.23, while revenue of $2.38 billion fell by nearly 14% on the year, but still beat the estimates by $11.5 million. However, the GAAP EPS of $0.02 was substantially lower than the consensus estimate of $0.18. The company said that the prices and demand for fertilizers remains strong. Nevertheless, Scotiabank downgraded the stock to Sector Perform from Outperform with a $23 price target, saying that phosphate prices are likely to have more downside than upside. Despite the drop following the third-quarter results, Mosaic Co (NYSE:MOS)’s shares have surged by more than 200% since March 23.

AGCO Corporation (NYSE:AGCO) ranks 7th in our list of the top 10 agriculture stocks to buy now. AGCO saw the number of investors tracked by Insider Monkey grow by 10 to 31 between July and September and the aggregate value of their holdings advanced to $364.57 million from $144.52 million. Among these investors, the top shareholders are Ken Griffin’s Citadel Investment Group, Israel Englander’s Millennium Management, and Peter Rathjens, Bruce Clarke, and John Campbell’s Arrowstreet Capital.

Since the beginning of the year, AGCO’s shares appreciated by more than 15% and are 145% in the green since March 23. The company posted a strong third-quarter result, with both EPS of $2.09 and revenue of $2.50 billion beating the estimates by $1.09 and $360 million respectively. During the earnings call, AGCO Chairman and CEO Martin Richenhagen said the full-year demand for farm equipment will remain relatively flat as higher demand in the Americas will be offset by lower demand in Europe. And the company expects net sales of around $8.90 billion for the full year and adjusted operating margins are expected to improve from the last year.

CF Industries Holdings, Inc. (NYSE:CF) is next in line in our list of top 10 agricultural stocks to buy now. CF is another manufacturer and distributor of agricultural fertilizers, whose stock is down by nearly 15% since the beginning of the year, as its 80% growth since March 23 did not offset enough the drop prior to that. The company posted a net loss of $0.13 per share for the third quarter and its revenue of $847 million declined by 18% on the year and missed expectations. Nevertheless, the company showed solid results in the previous quarters and analysts have been optimistic about its outlook. In July, Bank of America upgraded a number of agricultural names, including CF Industries, to Buy from Underperform and a month later Citi boosted the stock’s rating to Buy from Neutral and raised the price target to $38 from $29 citing a strong urea demand forecast.

Among the funds in our database, there were 34 funds with long positions in CF Industries Holdings, Inc. (NYSE:CF) at the end of September, compared to 37 funds a quarter earlier. These funds include Matthew Barrett’s Glendon Capital Management and Edgar Wachenheim’s Greenhaven Associates, which disclosed stakes worth $108.80 million and $104.43 million, respectively.

Follow this link to see which stocks rank as the top 5 agriculture stocks to buy now. 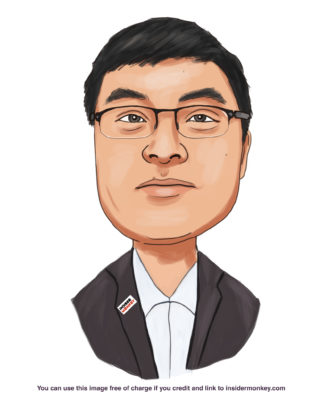 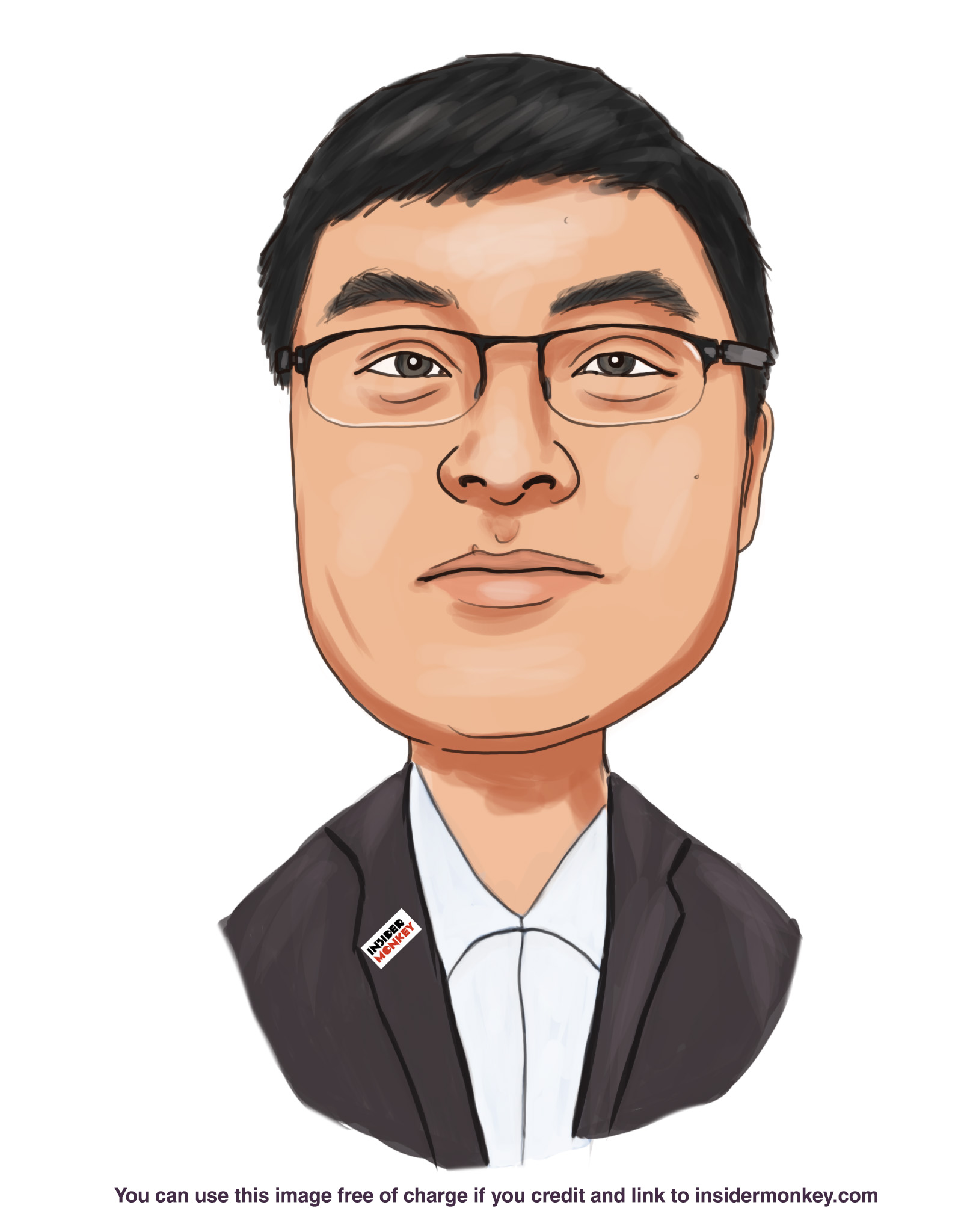 Where Do Hedge Funds Stand On Tenaris S.A. (TS)?
Monthly Newsletter Strategy
Download a free copy of our newsletter and see the details inside!
Hedge Fund Resource Center
Lists