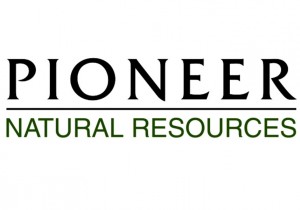 To the average investor, there are many indicators shareholders can use to monitor stocks. Two of the most underrated are hedge fund and insider trading sentiment. At Insider Monkey, our studies have shown that, historically, those who follow the top picks of the elite hedge fund managers can outperform the market by a healthy margin (see just how much).

Just as beneficial, positive insider trading activity is a second way to parse down the investments you’re interested in. As the old adage goes: there are many incentives for a corporate insider to drop shares of his or her company, but just one, very simple reason why they would initiate a purchase. Various academic studies have demonstrated the market-beating potential of this tactic if piggybackers know what to do (learn more here).

At Q1’s end, a total of 40 of the hedge funds we track were long in this stock, a change of -5% from the previous quarter. With the smart money’s sentiment swirling, there exists a few noteworthy hedge fund managers who were upping their stakes significantly.

Of the funds we track, SPO Advisory Corp, managed by John H. Scully, holds the biggest position in Pioneer Natural Resources (NYSE:PXD). SPO Advisory Corp has a $820.8 million position in the stock, comprising 11.1% of its 13F portfolio. On SPO Advisory Corp’s heels is John Paulson of Paulson & Co, with a $316.1 million position; the fund has 1.8% of its 13F portfolio invested in the stock. Remaining hedgies with similar optimism include George Soros’s Soros Fund Management, Donald Chiboucis’s Columbus Circle Investors and Alec Litowitz and Ross Laser’s Magnetar Capital.

Since Pioneer Natural Resources (NYSE:PXD) has witnessed falling interest from hedge fund managers, logic holds that there was a specific group of hedgies that decided to sell off their positions entirely at the end of the first quarter. At the top of the heap, Sean Cullinan’s Point State Capital dropped the biggest investment of the “upper crust” of funds we key on, worth about $42.6 million in call options, and Steven Cohen of SAC Capital Advisors was right behind this move, as the fund cut about $26.6 million worth. These bearish behaviors are intriguing to say the least, as total hedge fund interest fell by 2 funds at the end of the first quarter.

How have insiders been trading Pioneer Natural Resources (NYSE:PXD)?

Bullish insider trading is best served when the company we’re looking at has experienced transactions within the past six months. Over the last six-month time frame, Pioneer Natural Resources (NYSE:PXD) has seen zero unique insiders purchasing, and 14 insider sales (see the details of insider trades here).