Is Restaurant Brands International Inc (NYSE:QSR) a good bet right now? We like to analyze hedge fund sentiment before conducting days of in-depth research. We do so because hedge funds and other elite investors have numerous Ivy League graduates, expert network advisers, and supply chain tipsters working or consulting for them. There is not a shortage of news stories covering failed hedge fund investments and it is a fact that hedge funds’ picks don’t beat the market 100% of the time, but their consensus picks have historically done very well and have outperformed the market after adjusting for risk.

Restaurant Brands International Inc (NYSE:QSR) was in 52 hedge funds’ portfolios at the end of the fourth quarter of 2019. QSR shareholders have witnessed a decrease in enthusiasm from smart money lately. There were 59 hedge funds in our database with QSR positions at the end of the previous quarter. Our calculations also showed that QSR isn’t among the 30 most popular stocks among hedge funds (click for Q4 rankings and see the video below for Q3 rankings). 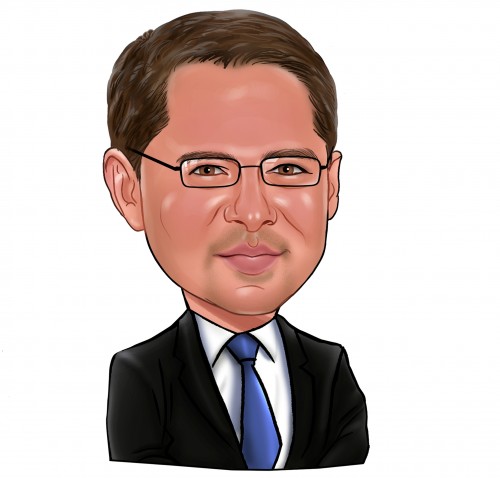 We leave no stone unturned when looking for the next great investment idea. For example Europe is set to become the world’s largest cannabis market, so we check out this European marijuana stock pitch. We read hedge fund investor letters and listen to stock pitches at hedge fund conferences, and and go through short-term trade recommendations like this one. We even check out the recommendations of services with hard to believe track records. In January, we recommended a long position in one of the most shorted stocks in the market, and that stock returned more than 50% despite the large losses in the market since our recommendation. Now we’re going to take a peek at the recent hedge fund action encompassing Restaurant Brands International Inc (NYSE:QSR).

How have hedgies been trading Restaurant Brands International Inc (NYSE:QSR)? 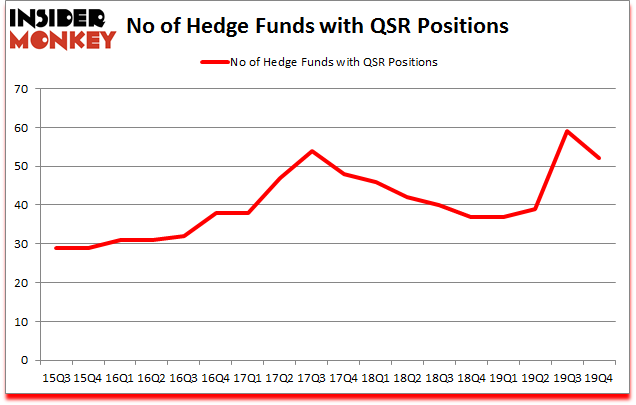 More specifically, Pershing Square was the largest shareholder of Restaurant Brands International Inc (NYSE:QSR), with a stake worth $961.9 million reported as of the end of September. Trailing Pershing Square was Berkshire Hathaway, which amassed a stake valued at $538.1 million. Steadfast Capital Management, D E Shaw, and Two Sigma Advisors were also very fond of the stock, becoming one of the largest hedge fund holders of the company. In terms of the portfolio weights assigned to each position Pershing Square allocated the biggest weight to Restaurant Brands International Inc (NYSE:QSR), around 14.68% of its 13F portfolio. MIC Capital Partners is also relatively very bullish on the stock, designating 8.74 percent of its 13F equity portfolio to QSR.

Seeing as Restaurant Brands International Inc (NYSE:QSR) has experienced declining sentiment from hedge fund managers, it’s safe to say that there lies a certain “tier” of money managers who were dropping their full holdings last quarter. It’s worth mentioning that Aaron Cowen’s Suvretta Capital Management said goodbye to the biggest position of the “upper crust” of funds watched by Insider Monkey, comprising about $202.3 million in stock. Steve Cohen’s fund, Point72 Asset Management, also dumped its stock, about $84.4 million worth. These moves are intriguing to say the least, as total hedge fund interest fell by 7 funds last quarter.

As you can see these stocks had an average of 40.75 hedge funds with bullish positions and the average amount invested in these stocks was $1267 million. That figure was $3119 million in QSR’s case. Freeport-McMoRan Inc. (NYSE:FCX) is the most popular stock in this table. On the other hand Zoom Video Communications, Inc. (NASDAQ:ZM) is the least popular one with only 28 bullish hedge fund positions. Restaurant Brands International Inc (NYSE:QSR) is not the most popular stock in this group but hedge fund interest is still above average. This is a slightly positive signal but we’d rather spend our time researching stocks that hedge funds are piling on. Our calculations showed that top 20 most popular stocks among hedge funds returned 41.3% in 2019 and outperformed the S&P 500 ETF (SPY) by 10.1 percentage points. These stocks lost 12.9% in 2020 through March 9th but beat the market by 1.9 percentage points. Unfortunately QSR wasn’t nearly as popular as these 20 stocks and hedge funds that were betting on QSR were disappointed as the stock returned -18.1% during the same time period and underperformed the market. If you are interested in investing in large cap stocks with huge upside potential, you should check out the top 20 most popular stocks among hedge funds as many of these stocks already outperformed the market so far this year.