Companies 0 See All
Hedge Funds 0 See All
Insiders 0 See All
Institutional Investors 0 See All
Click here to see all results for Sorry, no results has been found matching your query.
Dividend Stocks-Stock Analysis-Tech

Now May Be The Time To Buy Oracle Corporation

Published on October 16, 2015 at 8:50 am by Andrew Sebastian in Dividend Stocks, Stock Analysis, Tech

Now could be a good opportunity to invest in the leading provider of database software. Oracle Corporation (NYSE:ORCL) has the unique ability to provide fully integrated end-to-end solutions in its offerings including infrastructure, database, middleware and its range of apps. What is notably unique is the range of delivery models that it possesses, from hybrid to fully hosted model to its wide customer base of about 400,000 people across 145 countries. I find Oracle’s strategy of rapidly transitioning towards cloud is highly in-line with the present industry need and trend towards virtualization. With increasing number of corporates providing for high cloud budgets for forthcoming quarters, the demand is likely to be very favorable for Oracle’s cloud offerings. 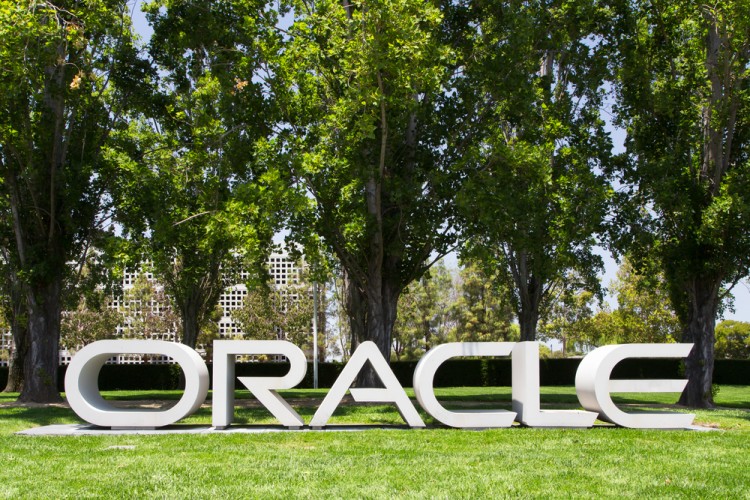 Several hedge funds hold big positions in Oracle Corporation (NYSE:ORCL) with Eagle Capital leading the way with 42.24 million shares worth $1.7 billion. Similarly named First Eagle Investment Management followed closely behind with 38.11 million shares with a value of $1.5 billion. Donald Yacktman’s Yacktman Asset Management also held a sizeable stake in ORCL with 30.06 million shares valued at $1.2 billion. These hedge funds focus on finding under-priced equities, so their big positions give credence to ORCL being a good buy. Even if you do not like the big-cap ORCL, Insider Monkey’s research has shown that the top small-cap picks of these and other hedge fund investors generated returns that beat the market by almost one percentage point per month on average. Based on these results, Insider Monkey has developed a small-cap strategy that involves imitating a portfolio of the 15 most popular companies among a pool of over 700 hedge funds. Since August 2012, this strategy has returned 118% and outperformed the S&P 500 ETF (SPY) by some 60 percentage points (see more details here).

Revenue growth has been relatively slow over the last 2 years as the growth in cloud offerings was largely offset by the decline in traditional license revenues. However, with the second release (R2) for new database 12c rolled out on September 13, 2015, revenues to pick-up faster as customers begin to migrate en masse to take advantage of it. As per Jeffries, annual opportunity for in-memory & multi-tenancy option is around $9bn. Even a fraction of this will help boost the present $38bn revenues for Oracle which is one of the 3 biggest software companies in the world. Based on an analysis conducted by Trefis, strong growth in cloud revenues & software updates is expected to be partly offset by the slowing license revenues, however, still resulting in a faster growth rate of 2-3% (post currency head-winds) in FY16 vs 0-1% in FY14 & FY15. Additionally, Oracle’s PaaS solutions continue to serve as a good alternative to companies who are not yet ready to adopt cloud and prefer a balance between cloud and local applications.

As per management earnings call on 17th June, guidance for revenues was optimistic with anticipated cloud revenue growth of 6-8%. EPS in the range of $0.56-$0.59 was indicated in 1Q16 vs EPS of $0.48 in 1Q15. The projections in my opinion seem to be slightly on the higher side, but in the right direction with most of it likely to be realized in 2H16, making it an attractive investment at present valuations. In the subsequent guidance call on 16th September, Oracle Corporation (NYSE:ORCL) stated that bulk of data-center capex is now complete. This leads to a lower increment in depreciation costs charged in COGS, which was earlier high due to capex, thereby expected to boost gross profits. With some economies of scale from cloud, and the expected improvement in gross profits, I expect margins to gradually improve in FY16.