Following activist investors can be a very profitable investment strategy that can generate substantial returns and often in a short period of time. Over the years, activist investors have evolved and are finding new ways to boost shareholder returns ranging from pushing the management to focus on returning more capital to shareholders to replacing the top management to improve the financial position of a company to a separation of certain assets or the sale of the entire company. One fund that sees value in investing in companies targeted by activists is Kenneth Squire‘s 13D Management.

Mr. Squire started by launching a subscription-based company called 13D Monitor, which analyzes and reviews thousands of 13D filings with the Securities and Exchange Commission and writes reports based on these filings. Several years later, after gaining more expertise in the field of shareholder activism, Mr. Squire realized that there is a way to develop and investment strategy that focuses on activist campaigns and in 2011 he founded the 13D Activist Fund. Since inception, the 13D Activist Fund returned an annualized 15.5%, slightly beating the S&P 500’s 15.11%.

In an interview to CNBC’s David Faber earlier this year, Mr. Squire pointed out that last year was a “comeback” year for shareholder activism and 2018 is going to be similarly busy. One of the reasons is that investors are pouring more money into passive funds, which creates market inefficiencies, thus creating opportunities for activists to get involved.

Mr. Squire also outlined 13D Management’s approach to finding the companies to invest in, which is a complex process that involves a detailed analysis of the catalysts that the activists are striving to create at a specific company. Moreover, they also take into account the expertise of activists in a certain industry and the probability that other shareholders will support them and vote in favor of their initiatives. In this way, 13D Management is currently invested in 32 companies from various sectors that have been targeted by activists, with most positions being one or two years old.

At Insider Monkey, we follow over 600 hedge funds and other institutional investors as part of our flagship best-performing hedge fund strategy. Among these funds, 140 are activist investors and we have launched a monthly activist newsletter that focuses on one activist fund in eight out of 12 issues, while the other four issues discuss in more detail the most popular stock picks among activists. In addition to analyzing the performance of activist investors, our monthly newsletters focus on the best ways to imitate those funds and their best stock picks, which allows subscribers to avoid the more mediocre bets.

While 13D Management’s equity portfolio is diversified across sectors, in the last several quarters it has been allocating over 30% of its total portfolio value towards the technology sector and as of the end of March, its two largest holdings are in semiconductor companies Marvell Technology Group Ltd. (NASDAQ:MRVL) and Mellanox Technologies, Ltd. (NASDAQ:MLNX), both of which are targeted by the same activist: Jeff Smith of Starboard Value.

13D Management is betting on the semiconductor space as the industry is going through a consolidation phase. It invested in Marvell Technology Group Ltd. (NASDAQ:MRVL) in the first quarter of 2016, amid the time when activist Starboard Value disclosed its position. The company was involved into an accounting investigation at the time, which discovered some accounting issues, but no fraudulent activity. Starboard’s involvement brought a number of positive changes, including the removal of the co-founders husband and wife Sehat Sutardja, who was Chairman and CEO, and president Weili Dai. Starboard also reshuffled the board, by adding two of its representatives, which helped Marvell identify a new CEO, Matthew Murphy. Finally, last year, Marvell Technology Group Ltd. (NASDAQ:MRVL) agreed to buy communications and networking chips maker Cavium for $6.0 billion. The acquisition allows Marvell, which specializes in data-center chips, to compete better with Intel Corporation (NASDAQ:INTC) and Broadcom Inc (NASDAQ:AVGO).

Despite the fact that Marvell Technology Group Ltd. (NASDAQ:MRVL)’s stock has more than doubled since March 2016, Starboard still clings to its stake of roughly 18% of the company. One of the reasons for that might be its other bet on the semiconductor industry, Mellanox Technologies, Ltd. (NASDAQ:MLNX), in which Starboard is the largest institutional shareholder with a 10.6% stake. Back in November 2017, when Starboard first disclosed its position in Mellanox, it pointed out that there’s a discrepancy between the company’s margins, growth and stock price compared to the peer group. Starboard also mentioned the fact that Mellanox rejected negotiations with Marvell regarding a potential merger. After Starboard went into Mellanox Technologies, Ltd. (NASDAQ:MLNX) there were some speculations that the investor might urge both companies to get to the negotiation table. In addition, there’s also a possibility that after Broadcom Inc (NASDAQ:AVGO) failed to buy Qualcomm, Inc. (NASDAQ:QCOM), it might go after Mellanox.

So far, Mellanox has been resisting to Starboard’s attempts to get involved. After Starboard outlined the company’s issues in a January letter and nominated nine candidates to be elected to the company’s board, Mellanox responded in March that it is actually performing well and proposed an extraordinary general meeting of shareholders to vote on two corporate governance changes, but Starboard responded by saying that the extraordinary meeting is Mellanox’s attempt to delay the annual meeting by three months to allow it to implement the changes. Nevertheless, the company went ahead and held the meeting on May 24, with majority of shareholders voting for both proposals that involve plurality voting in board election and proxy card mechanisms. In any case, the proxy fight between Starboard and Mellanox Technologies, Ltd. (NASDAQ:MLNX) seems far from over and the eyes will be on the next annual meeting to see if Starboard succeeds at replacing the board. However, some analysts have indicated that even if Starboard does not succeed, Mellanox still has strong enough fundamentals to maintain growth and Starboard’s involvement can be seen as a hedging against potential downside.

In Seagate Technology PLC (NASDAQ:STX), 13D Management amassed 268,456 shares at the end of March, down by 39,367 shares over the quarter; the stake is valued at $15.71 million. Mr. Squire invested in Seagate Technology in the third quarter of 2017, following Jeff Ubben‘s ValueAct Capital. In 2016, ValueAct acquired a 4% stake from Seagate under a secondary block transaction and in August 2017, the position was raised to 7.2%, while currently, the fund owns 21.46 million shares or 7.4%, according to its last 13D filing. Back in 2016, ValueAct also received an observer position on the board and earlier this year, Seagate Technology PLC (NASDAQ:STX) has appointed ValueAct partner Dylan Haggart to its board of directors.

ValueAct’s investment in Seagate Technology PLC (NASDAQ:STX) is interesting, because it’s one of the rare cases when a company actually welcomed an activist investor by selling them shares. ValueAct usually tries to get on friendly terms with the company it targets and it has not yet revealed any plans regarding the company. Seagate Technology PLC (NASDAQ:STX) has been struggling in a market with declining PC sales and the switch to cloud-based storage. Nevertheless, Seagate Technology PLC (NASDAQ:STX) might be able to squeeze some more cash from a market that, though is declining, has a few players. Moreover, Seagate expressed its commitment to return 70% of its cash to shareholders and with an activist on board, the management will be kept in check to execute on its promises and adjust its strategy if necessary.

In the Swedish maker of mobile telecom equipment Telefonaktiebolaget LM Ericsson (NASDAQ:ERIC), 13D Management holds an $11.86 million position that contains 1.85 million shares, up by 10% over the first quarter. 13D Management invested in Telefonaktiebolaget LM Ericsson (NASDAQ:ERIC) after Cevian Capital, one of the most well-known activists in Europe, took a $1.0 billion position in the company in May 2017. Cevian holds 8.5% of the stock and 5% of the votes in Ericsson and has been pushing the company to cut costs as it’s struggling against competitors like Huwei and Nokia. Cevian’s founder Christer Gardell also joined the committee that nominated board members after the Chairman stepped down last year.

In March, Cevian urged Telefonaktiebolaget LM Ericsson (NASDAQ:ERIC) to speed up implementing the changes. The company plans to reach around $1.2 billion in annual savings in mid-2018 and to reach operating margins of 10% by 2020 and more than 10% after 2020. However, Cevian wants Ericsson to reach its margin targets ahead of the schedule. Before Telefonaktiebolaget LM Ericsson (NASDAQ:ERIC)’s annual meeting on March 28, Christer Gardell told Reuters: “I want the work to remove losses … it has been a bit too slow and the speed must be raised.”

In the meantime, Telefonaktiebolaget LM Ericsson (NASDAQ:ERIC) is betting on a turnaround as 5G captures more market share. The company has won around 50% of 5G contracts through March and CEO Borje Ekholm said that they see a faster acceleration in 5G adoption than anticipated.

Kenneth Squire also followed activist Bill Ackman of Pershing Square into Automatic Data Processing (NASDAQ:ADP) in the third quarter of 2017 and during the first three months of this year, 13D Management added 35,407 shares to its stake, taking it to 103,754 shares worth $11.77 million. Pershing Square disclosed a 8.3% stake in Automatic Data Processing (NASDAQ:ADP) last August and several months later it went after three board seats saying that the company is very inefficient, comparing it to rival Paychex, Inc. (NASDAQ:PAYX). In an interview with CNBC at the beginning of November, Ackman said that ADP’s margins are half of Paychex’s, which competes in 35% of ADP’s business. A week later, Ackman lost the election and the company’s slate of 10 candidates were re-elected.

Bill Ackman’s peformance has been weak lately after several failed campaigns involving Herbalife Nutrition Ltd (NYSE:HLF), that he shorted, and Valeant Pharmaceuticals Intl Inc (NYSE:VRX), and the failed vote at Automatic Data Processing (NASDAQ:ADP) meant another hit for his reputation as a successful activist. Nonetheless, it should also be pointed out that during the first quarter of 2018, another activist, Sachem Head Capital, also took a stake in Automatic Data Processing (NASDAQ:ADP). Sachem Head was founded by Scott Fergusson, who previously worked at Pershing Square. 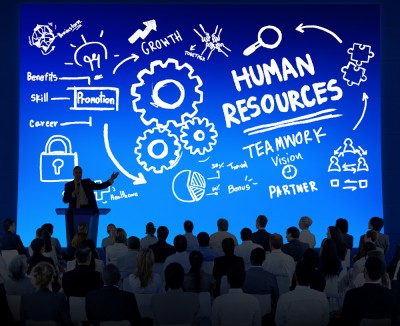 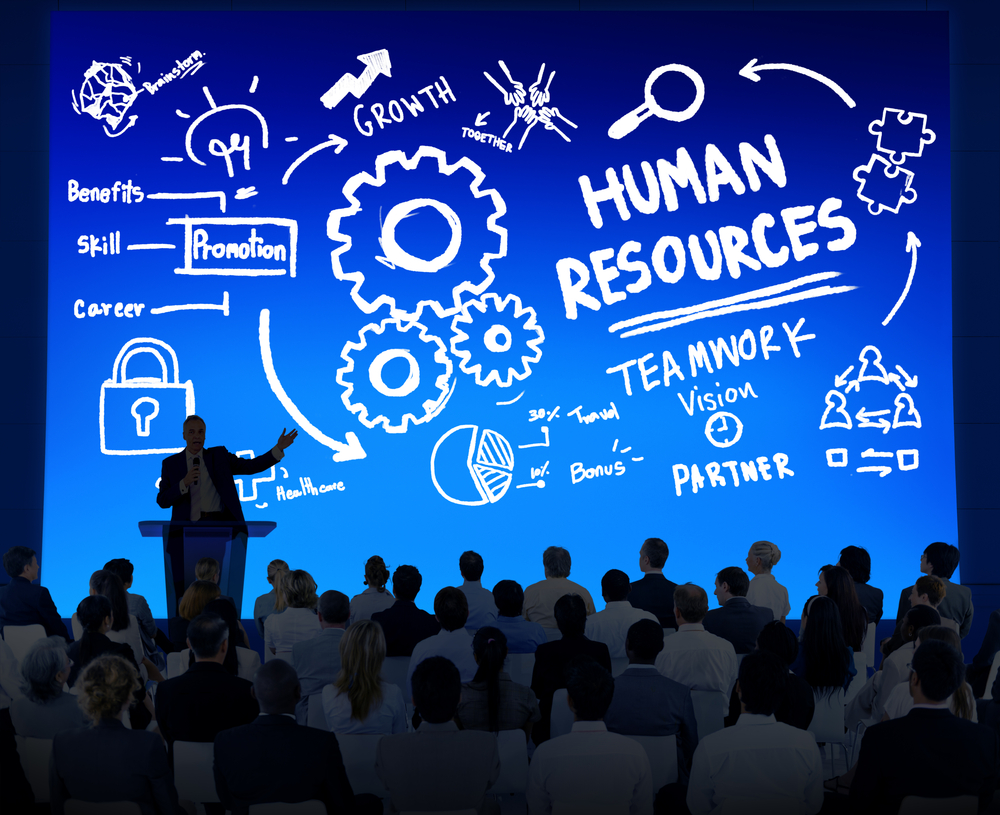 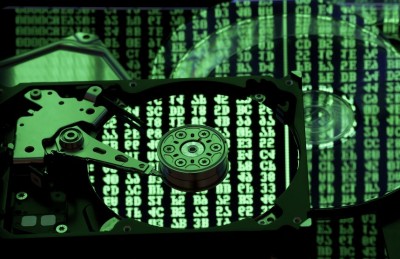 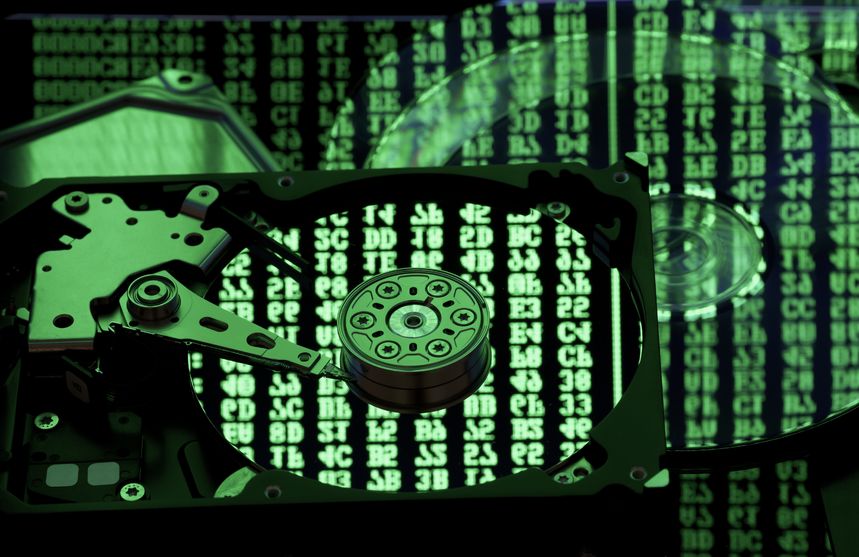