Kinder Morgan Inc (KMI) To Do This..Should You Buy? 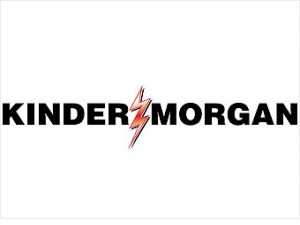 The KMCC pipeline, which went into service last June, moves crude oil and condensate from Texas’ Eagle Ford Shale to the Houston Ship Channel. The Sweeny expansion project will more than treble capacity on the 27-mile, 12-inch pipeline, from an initially planned 30,000 barrels per day to 100,000 barrels per day. The project is slated for completion by the end of 2013.

Kinder Morgan Inc (NYSE:KMI) will add new pumps and an additional storage tank at its pump station in Wharton County, Texas. The company said it would also boost truck offload capabilities at its station in DeWitt County, Texas, to accommodate the capacity increase.

From Phillips 66 (NYSE:PSX)’s perspective, the Sweeny expansion will help its Sweeny refinery boost usage of Eagle Ford crude, as part of the refiner’s broad strategy of using more cheap domestic crude oil. The company’s CEO, Greg Garland, recently said that, within a couple of years, Phillips 66 (NYSE:PSX) hopes to run 100% North American crudes at its refineries.

Growing demand for Eagle Ford infrastructure
The Sweeny Lateral pipeline is the latest in a host of new expansion projects serving the prolific Eagle Ford oil play in Texas. The play, which lies within the Texas Maverick Basin, is estimated to contain some 3.35 billion barrels of technically recoverable reserves.

In addition to its massive hydrocarbon potential, the Eagle Ford’s close geographical proximity to the U.S. Gulf Coast refining hub, which accounts for more than 40% of U.S. refining capacity, has attracted a bevy of leading oil and gas companies who are eager to capitalize on the play’s superior economics.

Chesapeake, in particular, has allocated 35% of its drilling and completion capital this year to its Eagle Ford operations – more than any other play. As the company continues its transition away from natural gas and toward a more balanced commodity mix, its Eagle Ford assets will be crucial in meeting its oil production target for the year, especially as regional infrastructure improves.

How Will EOG Resources Inc (EOG) Handle the Nat-Gas Rebound?