Is Regis Corporation (RGS) A Good Stock To Buy?

It was a rough fourth quarter for many hedge funds, which were naturally unable to overcome the big dip in the broad market, as the S&P 500 fell by about 4.8% during 2018 and average hedge fund losing about 1%. The Russell 2000, composed of smaller companies, performed even worse, trailing the S&P by more than 6 percentage points, as investors fled less-known quantities for safe havens. Luckily hedge funds were shifting their holdings into large-cap stocks. The 20 most popular hedge fund stocks actually generated an average return of 24.4% during the first 9 months of 2019 and outperformed the S&P 500 ETF by 4 percentage points. We are done processing the latest 13f filings and in this article we will study how hedge fund sentiment towards Regis Corporation (NYSE:RGS) changed during the first quarter.

Regis Corporation (NYSE:RGS) has experienced a decrease in activity from the world’s largest hedge funds recently. Our calculations also showed that RGS isn’t among the 30 most popular stocks among hedge funds (see the video below). 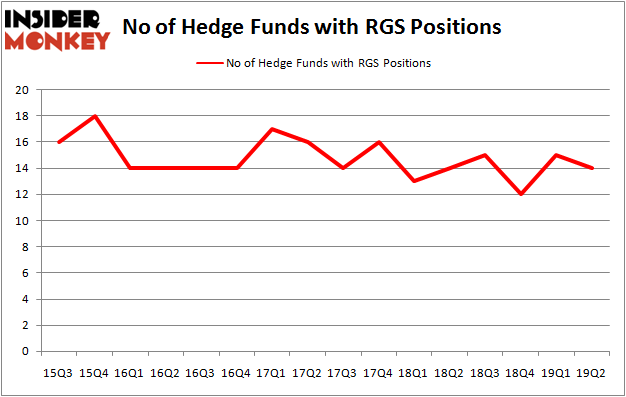 What have hedge funds been doing with Regis Corporation (NYSE:RGS)? 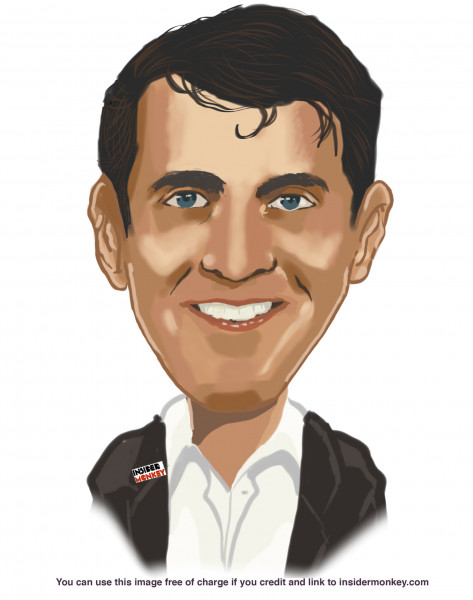 Among these funds, Birch Run Capital held the most valuable stake in Regis Corporation (NYSE:RGS), which was worth $176.9 million at the end of the second quarter. On the second spot was Renaissance Technologies which amassed $35.6 million worth of shares. Moreover, First Pacific Advisors LLC, 1060 Capital Management, and D E Shaw were also bullish on Regis Corporation (NYSE:RGS), allocating a large percentage of their portfolios to this stock.

Judging by the fact that Regis Corporation (NYSE:RGS) has experienced bearish sentiment from hedge fund managers, logic holds that there is a sect of fund managers that elected to cut their full holdings last quarter. At the top of the heap, Ken Griffin’s Citadel Investment Group sold off the biggest position of the 750 funds monitored by Insider Monkey, comprising close to $2.8 million in stock. Paul Tudor Jones’s fund, Tudor Investment Corp, also dropped its stock, about $0.3 million worth. These moves are interesting, as total hedge fund interest was cut by 1 funds last quarter.

As you can see these stocks had an average of 12 hedge funds with bullish positions and the average amount invested in these stocks was $59 million. That figure was $245 million in RGS’s case. Retail Value Inc. (NYSE:RVI) is the most popular stock in this table. On the other hand Peoples Bancorp Inc. (NASDAQ:PEBO) is the least popular one with only 7 bullish hedge fund positions. Regis Corporation (NYSE:RGS) is not the most popular stock in this group but hedge fund interest is still above average. Our calculations showed that top 20 most popular stocks among hedge funds returned 24.4% in 2019 through September 30th and outperformed the S&P 500 ETF (SPY) by 4 percentage points. Hedge funds were also right about betting on RGS as the stock returned 21.8% during the third quarter and outperformed the market. Hedge funds were rewarded for their relative bullishness.