Is Immunomedics, Inc. (IMMU) A Good Stock To Buy?

Is Immunomedics, Inc. (NASDAQ:IMMU) undervalued? Prominent investors are getting less bullish. The number of bullish hedge fund bets were trimmed by 2 recently. Our calculations also showed that immu isn’t among the 30 most popular stocks among hedge funds. IMMU was in 28 hedge funds’ portfolios at the end of December. There were 30 hedge funds in our database with IMMU positions at the end of the previous quarter. 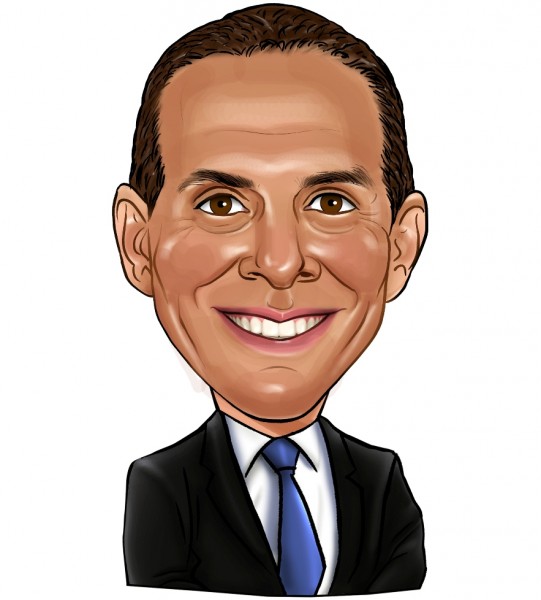 At the end of the fourth quarter, a total of 28 of the hedge funds tracked by Insider Monkey held long positions in this stock, a change of -7% from the previous quarter. By comparison, 25 hedge funds held shares or bullish call options in IMMU a year ago. With hedgies’ sentiment swirling, there exists a select group of notable hedge fund managers who were adding to their holdings significantly (or already accumulated large positions). 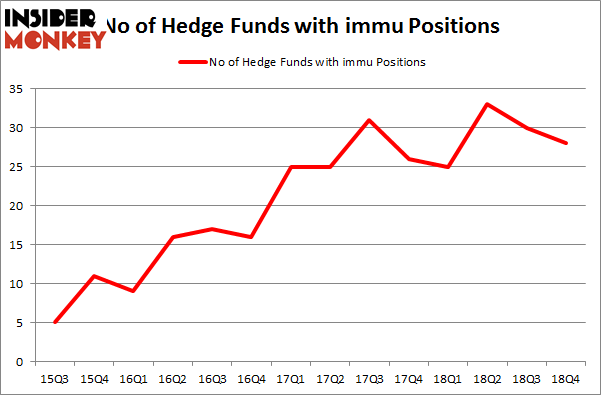 More specifically, venBio Select Advisor was the largest shareholder of Immunomedics, Inc. (NASDAQ:IMMU), with a stake worth $252.8 million reported as of the end of September. Trailing venBio Select Advisor was Palo Alto Investors, which amassed a stake valued at $74 million. OrbiMed Advisors, RA Capital Management, and Foresite Capital were also very fond of the stock, giving the stock large weights in their portfolios.

Since Immunomedics, Inc. (NASDAQ:IMMU) has experienced bearish sentiment from hedge fund managers, it’s safe to say that there was a specific group of hedgies who sold off their full holdings by the end of the third quarter. Intriguingly, Kenneth Tropin’s Graham Capital Management said goodbye to the biggest investment of all the hedgies watched by Insider Monkey, comprising close to $36.6 million in stock. Jim Simons’s fund, Renaissance Technologies, also said goodbye to its stock, about $10.7 million worth. These moves are important to note, as total hedge fund interest fell by 2 funds by the end of the third quarter.

As you can see these stocks had an average of 16.75 hedge funds with bullish positions and the average amount invested in these stocks was $158 million. That figure was $680 million in IMMU’s case. Science Applications International Corp (NYSE:SAIC) is the most popular stock in this table. On the other hand J&J Snack Foods Corp. (NASDAQ:JJSF) is the least popular one with only 10 bullish hedge fund positions. Compared to these stocks Immunomedics, Inc. (NASDAQ:IMMU) is more popular among hedge funds. Our calculations showed that top 15 most popular stocks) among hedge funds returned 24.2% through April 22nd and outperformed the S&P 500 ETF (SPY) by more than 7 percentage points. Hedge funds were also right about betting on IMMU, though not to the same extent, as the stock returned 16.7% and outperformed the market as well.