“Since 2006, value stocks (IVE vs IVW) have underperformed 11 of the 13 calendar years and when they beat growth, it wasn’t by much. Cumulatively, through this week, it has been a 122% differential (up 52% for value vs up 174% for growth). This appears to be the longest and most severe drought for value investors since data collection began. It will go our way eventually as there are too many people paying far too much for today’s darlings, both public and private. Further, the ten-year yield of 2.5% (pre-tax) isn’t attractive nor is real estate. We believe the value part of the global equity market is the only place to earn solid risk adjusted returns and we believe those returns will be higher than normal,” said Vilas Fund in its Q1 investor letter. We aren’t sure whether value stocks outperform growth, but we follow hedge fund investor letters to understand where the markets and stocks might be going. That’s why we believe it would be worthwhile to take a look at the hedge fund sentiment on Autoliv Inc. (NYSE:ALV) in order to identify whether reputable and successful top money managers continue to believe in its potential.

Autoliv Inc. (NYSE:ALV) was in 14 hedge funds’ portfolios at the end of the third quarter of 2019. ALV investors should pay attention to an increase in support from the world’s most elite money managers lately. There were 13 hedge funds in our database with ALV positions at the end of the previous quarter. Our calculations also showed that ALV isn’t among the 30 most popular stocks among hedge funds (click for Q3 rankings and see the video below for Q2 rankings). 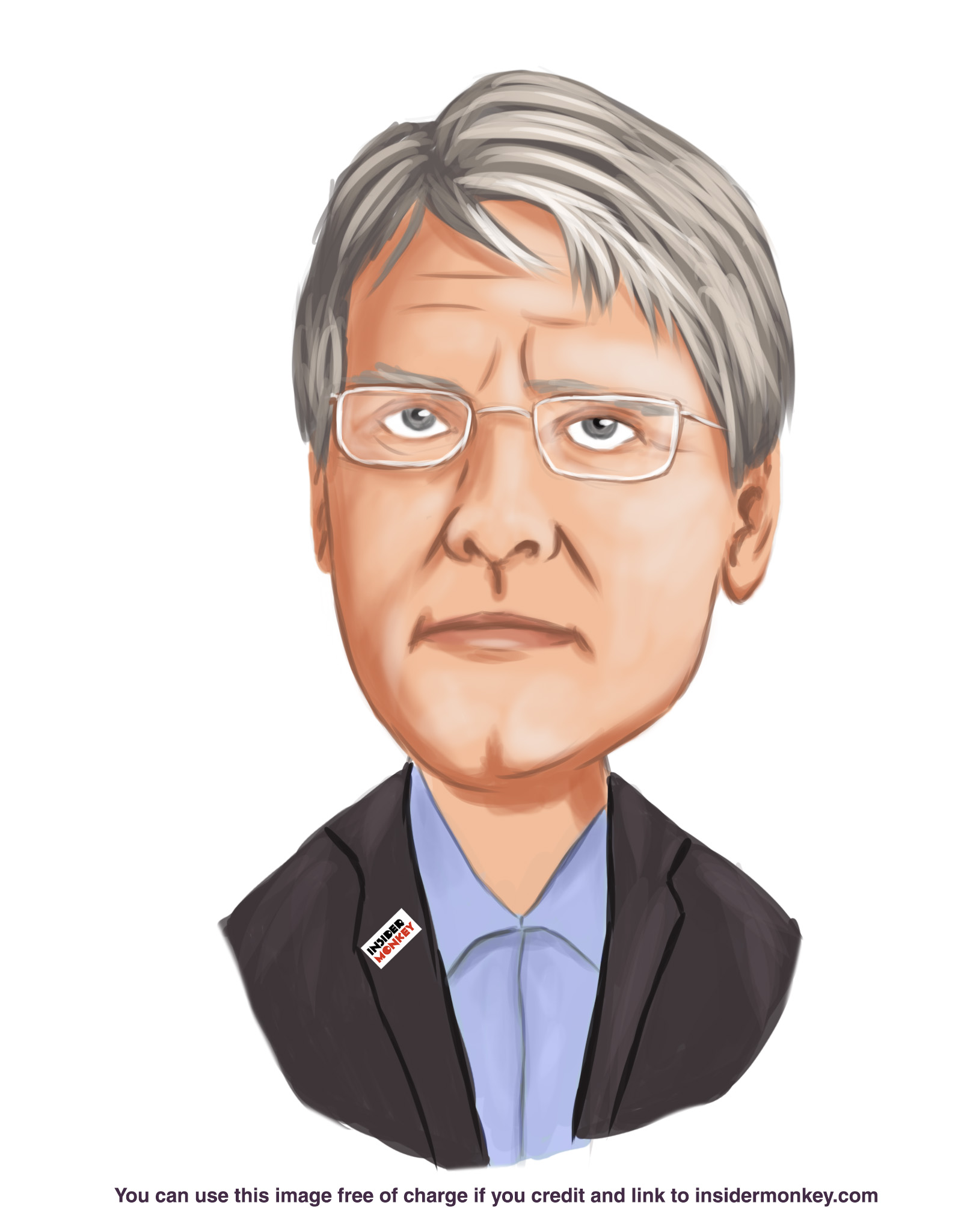 We leave no stone unturned when looking for the next great investment idea. For example Europe is set to become the world’s largest cannabis market, so we check out this European marijuana stock pitch. One of the most bullish analysts in America just put his money where his mouth is. He says, “I’m investing more today than I did back in early 2009.” So we check out his pitch. We read hedge fund investor letters and listen to stock pitches at hedge fund conferences. We also rely on the best performing hedge funds‘ buy/sell signals. We’re going to take a look at the new hedge fund action encompassing Autoliv Inc. (NYSE:ALV).

At the end of the third quarter, a total of 14 of the hedge funds tracked by Insider Monkey held long positions in this stock, a change of 8% from the second quarter of 2019. On the other hand, there were a total of 13 hedge funds with a bullish position in ALV a year ago. With the smart money’s sentiment swirling, there exists a select group of noteworthy hedge fund managers who were increasing their stakes significantly (or already accumulated large positions). 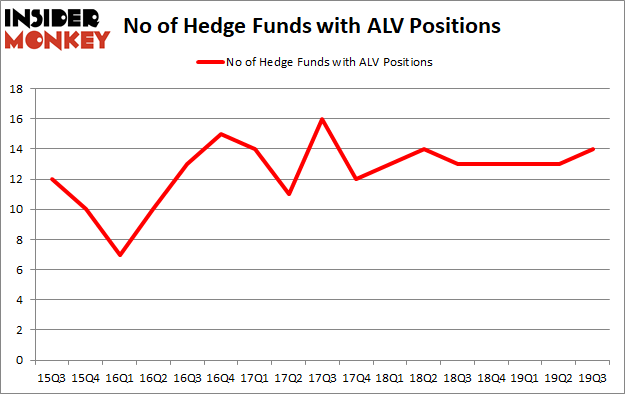 Among these funds, Cevian Capital held the most valuable stake in Autoliv Inc. (NYSE:ALV), which was worth $451.5 million at the end of the third quarter. On the second spot was Citadel Investment Group which amassed $133.7 million worth of shares. Millennium Management, 13D Management, and Scopus Asset Management were also very fond of the stock, becoming one of the largest hedge fund holders of the company. In terms of the portfolio weights assigned to each position Cevian Capital allocated the biggest weight to Autoliv Inc. (NYSE:ALV), around 78.96% of its 13F portfolio. Beddow Capital Management is also relatively very bullish on the stock, designating 3.35 percent of its 13F equity portfolio to ALV.

As aggregate interest increased, some big names were breaking ground themselves. Scopus Asset Management, managed by Alexander Mitchell, initiated the most valuable position in Autoliv Inc. (NYSE:ALV). Scopus Asset Management had $7.1 million invested in the company at the end of the quarter. Brandon Haley’s Holocene Advisors also made a $4.3 million investment in the stock during the quarter. The other funds with brand new ALV positions are Noam Gottesman’s GLG Partners, Steve Cohen’s Point72 Asset Management, and Peter Rathjens, Bruce Clarke and John Campbell’s Arrowstreet Capital.

As you can see these stocks had an average of 28 hedge funds with bullish positions and the average amount invested in these stocks was $931 million. That figure was $627 million in ALV’s case. Owens Corning (NYSE:OC) is the most popular stock in this table. On the other hand Starwood Property Trust, Inc. (NYSE:STWD) is the least popular one with only 18 bullish hedge fund positions. Compared to these stocks Autoliv Inc. (NYSE:ALV) is even less popular than STWD. Hedge funds dodged a bullet by taking a bearish stance towards ALV. Our calculations showed that the top 20 most popular hedge fund stocks returned 37.4% in 2019 through the end of November and outperformed the S&P 500 ETF (SPY) by 9.9 percentage points. Unfortunately ALV wasn’t nearly as popular as these 20 stocks (hedge fund sentiment was very bearish); ALV investors were disappointed as the stock returned 4.4% during the fourth quarter (through the end of November) and underperformed the market. If you are interested in investing in large cap stocks with huge upside potential, you should check out the top 20 most popular stocks among hedge funds as 70 percent of these stocks already outperformed the market so far in Q4.