Is Dean Foods Co (NYSE:DF) a bargain? The best stock pickers are betting on the stock. The number of bullish hedge fund positions advanced by 3 recently.

In the 21st century investor’s toolkit, there are tons of methods market participants can use to analyze Mr. Market. Two of the most innovative are hedge fund and insider trading interest. At Insider Monkey, our research analyses have shown that, historically, those who follow the best picks of the best hedge fund managers can outpace the market by a very impressive amount (see just how much).

Just as beneficial, bullish insider trading sentiment is a second way to break down the marketplace. Obviously, there are lots of motivations for an executive to drop shares of his or her company, but just one, very clear reason why they would initiate a purchase. Plenty of empirical studies have demonstrated the market-beating potential of this method if you understand where to look (learn more here).

What have hedge funds been doing with Dean Foods Co (NYSE:DF)?

In preparation for this year, a total of 27 of the hedge funds we track held long positions in this stock, a change of 13% from the previous quarter. With hedgies’ capital changing hands, there exists an “upper tier” of notable hedge fund managers who were boosting their holdings meaningfully.

Now, some big names were leading the bulls’ herd. Hound Partners, managed by Jonathan Auerbach, initiated the most outsized position in Dean Foods Co (NYSE:DF). Hound Partners had 31 million invested in the company at the end of the quarter. Craig C. Albert’s Sheffield Asset Management also made a $27 million investment in the stock during the quarter. The other funds with new positions in the stock are Malcolm Fairbairn’s Ascend Capital, Glenn Russell Dubin’s Highbridge Capital Management, and Raymond J. Harbert’s Harbert Management.

What do corporate executives and insiders think about Dean Foods Co (NYSE:DF)?

Insider trading activity, especially when it’s bullish, is at its handiest when the company in question has seen transactions within the past 180 days. Over the last six-month time period, Dean Foods Co (NYSE:DF) has seen 1 unique insiders buying, and 3 insider sales (see the details of insider trades here).

With the returns shown by the aforementioned strategies, everyday investors should always keep an eye on hedge fund and insider trading sentiment, and Dean Foods Co (NYSE:DF) is an important part of this process.

Northern Trust Corporation (NASDAQ:NTRS): Insiders Are Dumping, Should You? 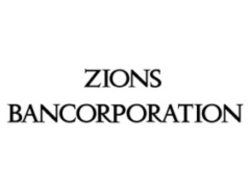