At Insider Monkey we usually focus on stocks in which a select group of hedge funds prefers to invest its capital, but we also notice that hedge funds similar to smaller investors don’t mind investing in ETFs, which offer more diversification. However, many large investors use options underlying shares of ETFs to hedge their portfolios. This is particularly the case with the SPDR S&P 500 ETF Trust (NYSEARCA:SPY), where many bullish investors acquire ‘Put’ options underlying shares, with values that sometimes amass over a half of their equity portfolios. For example, George Soros‘ Soros Fund Management holds ‘Put’ options equal to $600 million worth of SPY shares, and ‘Call’ options underlying SPY shares with a value of $1.82 billion. Ken Griffin’s Citadel Advisors also disclosed $6.21 billion worth of SPY shares held in ‘Put’ options. 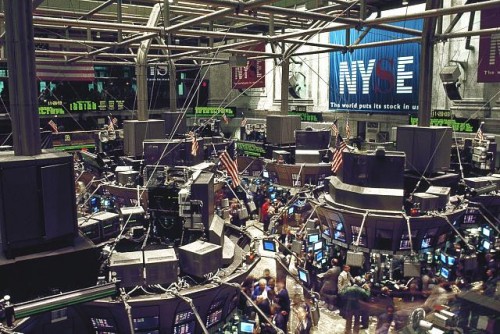 Following ETFs in which hedge funds invest not only can provide some investment opportunities for piggybackers, but also shows the sectors of the economy of which smart money is concentrating their attention. We consider that imitating hedge funds’ bullish moves is an easy way for retail investors to beat the market, since hedge fund managers have great skills at picking individual stocks. The weak returns of these investors in the last several years are mostly due to their short positions in a bullish environment, as well to their large size, which forces them to invest more in large and mega-cap stocks which are more efficiently priced relative to broader indices. On the other hand, imitating hedge funds’ small cap ideas can generate returns of around one percentage point above the market, as our backtests showed (read more details here). Our strategy, which is based on 15 most popular small-cap picks, has returned over 123% since August 2012, beating the S&P 500 ETF (SPY) by more than 65 percentage points.

With this in mind, let’s take a closer look at some of the ETFs in which hedge funds from our database invest. We will start with iShares MSCI Emerging Markets Index (ETF) (NYSEARCA:EEM), which, as it can be understood from its name, allows exposure to 23 emerging market economies. The index that underlies the ETF is composed of large- and mid-cap equities from the emerging markets, which represent at least 90% of its assets. Over the last 52 weeks, the iShares MSCI Emerging Markets Index (ETF) (NYSEARCA:EEM) lost more than 25%, slightly underperforming some of its peers. Moreover, this ETF is rather expensive as it sports an expense ratio of almost 0.70%. At the end of June, 34 funds from our database held around $4.21 billion worth of shares of EEM, significantly above 27 funds with $3.65 billion in shares at the end of March. Some of the investors that bet on a turnaround in the emerging markets include Kevin Michael Ulrich And Anthony Davis’ Anchorage Advisors and Soros Fund Management, both of whom initiated positions with ‘Call’ options underlying 2.50 million shares and 2.0 million shares of the ETF.

Market Vectors Gold Miners ETF (NYSEARCA:GDX) ranked on the fourth spot as 35 investors disclosed positions with an aggregate value of $580.52 million, slightly higher over the quarter. This ETF is 100% long and has assets worth $4.60 billion. It replicates the performance of the NYSE Arca Gold Miners Index and invests at least 80% of its assets in securities that are included in the index. NYSE Arca Gold Miners Index consists of public companies that are involved in the mining for gold and silver. As commodity prices have been declining, the index has lost around 24% of its value year-to-date. David Einhorn‘s Greenlight Capital owns 8.52 million shares of GDX, worth some $151.28 million.