Our extensive research has shown that imitating the smart money can generate significant returns for retail investors, which is why we track nearly 750 active prominent money managers and analyze their quarterly 13F filings. The stocks that are heavily bought by hedge funds historically outperformed the market, though there is no shortage of high profile failures like hedge funds’ 2018 losses in Facebook and Apple. Let’s take a closer look at what the funds we track think about Aerojet Rocketdyne Holdings Inc (NYSE:AJRD) in this article.

Aerojet Rocketdyne Holdings Inc (NYSE:AJRD) investors should pay attention to an increase in hedge fund sentiment in recent months. AJRD was in 18 hedge funds’ portfolios at the end of June. There were 15 hedge funds in our database with AJRD holdings at the end of the previous quarter. Our calculations also showed that AJRD isn’t among the 30 most popular stocks among hedge funds (view the video below). 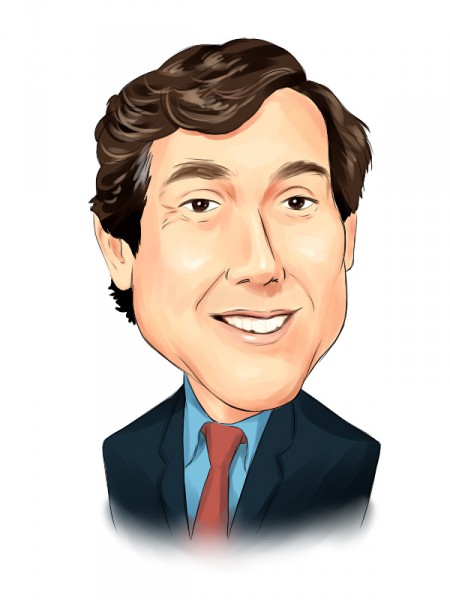 At Q2’s end, a total of 18 of the hedge funds tracked by Insider Monkey were long this stock, a change of 20% from one quarter earlier. On the other hand, there were a total of 12 hedge funds with a bullish position in AJRD a year ago. With hedgies’ capital changing hands, there exists a select group of noteworthy hedge fund managers who were upping their holdings significantly (or already accumulated large positions). 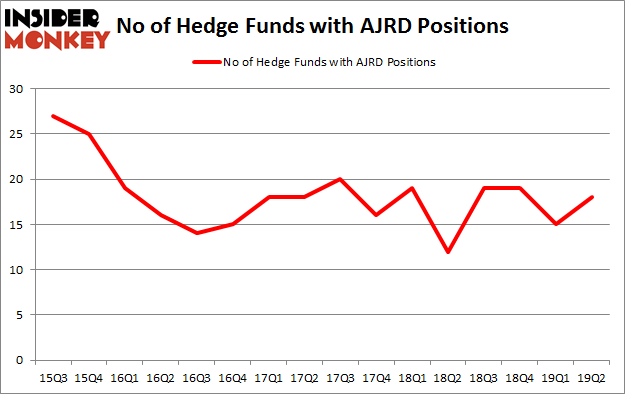 More specifically, Steel Partners was the largest shareholder of Aerojet Rocketdyne Holdings Inc (NYSE:AJRD), with a stake worth $187.2 million reported as of the end of March. Trailing Steel Partners was GAMCO Investors, which amassed a stake valued at $171.5 million. Renaissance Technologies, D E Shaw, and Arrowstreet Capital were also very fond of the stock, giving the stock large weights in their portfolios.

Let’s now take a look at hedge fund activity in other stocks – not necessarily in the same industry as Aerojet Rocketdyne Holdings Inc (NYSE:AJRD) but similarly valued. We will take a look at Ultragenyx Pharmaceutical Inc (NASDAQ:RARE), Verint Systems Inc. (NASDAQ:VRNT), Parsons Corporation (NYSE:PSN), and Alkermes Plc (NASDAQ:ALKS). This group of stocks’ market caps are closest to AJRD’s market cap.

As you can see these stocks had an average of 19.25 hedge funds with bullish positions and the average amount invested in these stocks was $273 million. That figure was $452 million in AJRD’s case. Verint Systems Inc. (NASDAQ:VRNT) is the most popular stock in this table. On the other hand Parsons Corporation (NYSE:PSN) is the least popular one with only 15 bullish hedge fund positions. Aerojet Rocketdyne Holdings Inc (NYSE:AJRD) is not the least popular stock in this group but hedge fund interest is still below average. Our calculations showed that top 20 most popular stocks among hedge funds returned 24.4% in 2019 through September 30th and outperformed the S&P 500 ETF (SPY) by 4 percentage points. A small number of hedge funds were also right about betting on AJRD as the stock returned 12.8% during the same time frame and outperformed the market by an even larger margin.