Mulally gave turnaround advice to Sears’ Lampert, report says (AutoNews)
Eddie Lampert, the controlling shareholder at retailer Sears Holdings Corporation (NASDAQ:SHLD) and the largest shareholder in AutoNation, Inc. (NYSE:AN), met with Ford Motor Company (NYSE:F). CEO Alan Mulally earlier this year to seek advice on how to turn around the ailing Sears-Kmart chain, two sources familiar with the matter told Reuters. One of the sources said that Mulally, who is due to retire from Ford in July, was left with the impression that Lampert was gauging whether Mulally might be open to the possibility of becoming Sears’ next CEO. The second source said Lampert, who is currently Sears’ chairman and CEO, did not offer Mulally a job and there is no search process under way for a new CEO.

State says hedge fund fraud results in $55M repayment order (NJBiz)
The New Jersey Division of Consumer Affairs and Bureau of Securities announced Friday that a group of alleged securities fraudsters had been ordered to pay more than $55 million. The perpetrators include defendants Peter Zuck of Middletown, MichaelJ. Spak of Chesterfield, Joseph C. Spak of Milltown and John R. Najarian of Hillsdale, according to a news release. They ran “a purported hedge fund based in Jersey City that operated a massive securities fraud scheme,” the release said.

Blackstone-Backed Hedge Fund Shuts Down (WSJ)
A hedge fund manager backed by the The Blackstone Group L.P. (NYSE:BX) +2.28% has shut down, according to people familiar with the matter. Sureview Capital LLC, a Greenwich, Conn.-based, stock-focused fund manager founded by former Tiger Management trader John Wu made the decision to close earlier this year and has been liquidating its portfolio in recent weeks, the people said. A Blackstone fund seeded the firm with $150 million for its 2011 launch, in exchange for a slice of fees earned, one person said.

How fund managers spend your money (FT)
In Turney Duff’s account of his drug-addled and alcohol-soaked days picking shares for a hedge fund, recounted with great relish in The Buy Side, a broker pitching for trade asks Mr Duff what he can do to get more of his business. “Well, you can start by taking me to Vegas,” he responds. So they do. Not just Las Vegas, but Florida too. They charter private jets and attend sporting events where the thrill of the match is amplified by cocaine and parties where sex is on call.

Steyer unveils $2M climate relief fund (TheHill)
Billionaire environmentalist Tom Steyer is kick-starting a $2 million disaster relief fund for victims of wildfires and other extreme weather he says is brought on by climate change. Steyer unveiled the Climate Disaster Relief Fund with his wife Kat Taylor Friday. The fund will be managed by the San Francisco Foundation, which will provide grants to organizations serving the victims of U.S. “climate-related disasters,” NextGen Climate said. Steyer plans to have the fund help those dealing with wildfires in Western states first.

Oaktree Considers AdvancePierre Sale As Hungry Bidders Dig Into Meat Deals (Forbes)
The bidding war that’s shaping up in the meat industry over Hillshire Brands Co (NYSE:HSH), with Tyson Foods, Inc. (NYSE:TSN) and Pilgrim’s Pride Corporation (NASDAQ:PPC) each plunking down $5 billion-plus offers, is just the latest in a series of frantic attempts by food companies to beat both rising commodity costs and a slow consumer spending environment. Never one to be left out of the action, Oaktree Capital could be the next benefactor of the feeding frenzy. The hedge fund has also held exploratory talks with advisors in a renewed effort to exit its AdvancePierre Foods investment, four sources familiar with the matter tell Debtwire.

Wall Street Traders Are About To Be In A World Of Pain (BusinessInsider)
“Sometimes I look at these guys resumes and I say, you’re kind of f—d man,” said Jesse Marrus, founder of Wall Street recruiting site StreetID. The guys are traders, without a doubt the rowdiest, riskiest bunch on Wall Street with a very singular skill. And right now demand for that skill is plummeting. The market is quiet so it’s hard for them to make money. Without the money they bring in, shops — banks, hedge funds, trading firms etc. — can’t afford to keep expensive employees they don’t really need. So a lot of traders are about to be let go, and since their skills are so niche, there aren’t many place they can go. 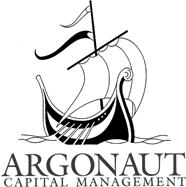 David Gerstenhaber Is Very Bullish About the Markets