SEC Gets Subpoena In Steve Cohen Divorce Suit (Law360)
Patricia Cohen, the ex-wife of SAC Capital Advisors LP founder Steven Cohen, has subpoenaed the U.S. Securities and Exchange Commission in her fraud suit alleging the hedge fund boss hid assets during their 1990 divorce, according to a Friday court filing in New York. The subpoena was served on May 19, but no documents have been produced in response, according to a joint letter from the parties to Judge Loretta Preska. The letter did not state which specific records Patricia Cohen was seeking. 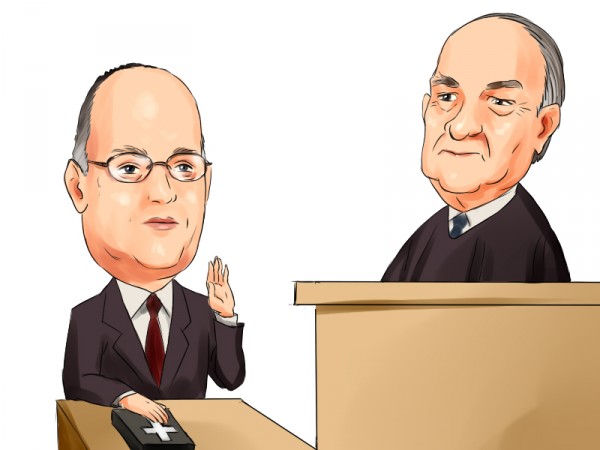 George Soros’ top dividend picks (MarketWatch)
George Soros is one of the best-known investors in the world. His fund holds an equity portfolio worth more than $10 billion. Among the fund’s holdings, many pay dividends of more than 1% of their current trading prices. In this article, we will look into five stocks among Soros’ top picks that yield dividends of more than 3%. American Capital Agency Corp. (NASDAQ:AGNC) is an $8.26 billion market cap real estate investment trust that invests exclusively in residential mortgage pass-through securities and collateralized mortgage obligations on a leveraged basis, in which Soros holds a 1.517 million shares position, worth about $32 million.

Coatue Bids Farewell to Noto Before He Starts (Wall Street Journal)
Twitter Inc (NYSE:TWTR) investors may be cheering the company’s hiring of Anthony Noto as its new CFO, but his move is a loss for Coatue Management LLC, the roughly $9 billion New York hedge-fund firm he was supposed to start at this week. Coatue Founder Philippe Laffont had called Mr. Noto “a key addition to our private investing effort” back in May, when Mr. Noto, a top Goldman Sachs Group Inc (NYSE:GS) banker who shepherded Twitter Inc.’s IPO, announced his planned move to Coatue. The hire leavened the attention Coatue had attracted earlier in the year for losses in its main fund amid the broader sell-off in technology stocks.

Pershing Square Said to Hire Credit Suisse for Allergan Fight (New York Times)
Wall Street banks tend to defend companies against activist investors. But at least one bulge-bracket institution has aligned itself with William A. Ackman, one of the biggest dissident shareholders around, as he takes on the Botox maker Allergan, Inc. (NYSE:AGN). Mr. Ackman’s firm, Pershing Square Capital Management, has hired Credit Suisse Group AG (ADR) (NYSE:CS) as an adviser in its fight, people briefed on the matter said on Tuesday. Pershing Square, whose 9.7 percent stake makes it Allergan’s biggest shareholder, is pushing the drug maker into a $53 billion sale to a fellow pharmaceutical company, Valeant Pharmaceuticals Intl Inc (NYSE:VRX).

Fortress, Avenue Founders Nab Nets Coach For Bucks (FINalternatives)
Wesley Edens and Marc Lasry have made quite a splash at their latest investment, snatching a high-profile coach for their Milwaukee Bucks. The co-founders of Fortress Investment Group and Avenue Capital Group, respectively, have hired former star player Jason Kidd to coach their new basketball team. Kidd, widely considered a future Hall of Famer for his 20-year playing career, coached the Brooklyn Nets to a first-round playoff victory last year—his first as a coach.