Longleaf Partners Fund has just released its Q1 2019 Investor Letter (track down here), in which it has posted its return of 11.88% for the first three months of 2019, and also shared its views on several companies from its portfolio. Among those was General Electric Company (NYSE:GE), for which it said the following:

General Electric (37%, 2.51%), the aviation, healthcare and power company, was the largest contributor. CEO Larry Culp began fulfilling his promise to simplify operations and strengthen the balance sheet. Since becoming CEO in September, Culp and his team have funded GE Capital’s mortgage liabilities and long-term care reserves, improved accounting across the board and sold numerous non-core assets for good prices. Deals for transportation, distributed power, lighting, Baker Hughes GE shares and biopharmaceuticals have closed or are scheduled to bring in cash by the end of the year. The biopharmaceuticals sale alone realized $21 billion plus a pension liability assumption at high multiples of revenues andearnings before interest, taxes, depreciation and amortization(EBITDA). GE Capital, historically the most difficult segment to appraise due to its complexity and leverage, is simpler and less leveraged than it has been for decades, and Culp still has assets to sell. Aviation announced strong quarterly results and increased annual guidance due to the success of the efficient LEAP engine. Beyond selling assets for full prices, Culp’s operational priority is turning around the underperforming power segment. Returning to profitability in this segment will not happen this year, but the company will benefit over the long run from a healthy high-margin gas-turbine service business. After rallying almost 40% in three months, the stock still trades at a substantial discount to our value. 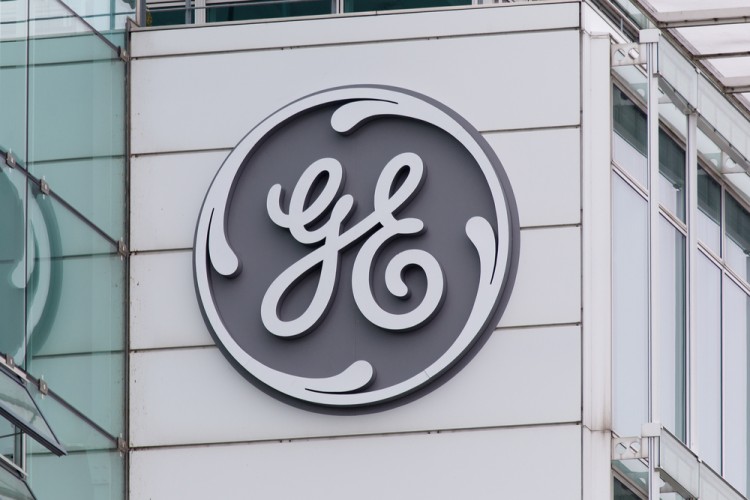 General Electric Company is a multinational conglomerate with headquarters in Boston. This $79.43 billion market cap company offers its professional services and products in various industries such as aviation, renewable energy, oil and gas, and healthcare, to name a few. Year-to-date, the company’s stock gained 17.83%, and on April 25th, it had a closing price of $9.12.

Heading into the first quarter of 2019, a total of 59 of the hedge funds tracked by Insider Monkey were bullish on this stock, a change of 28% from the second quarter of 2018. Below, you can check out the change in hedge fund sentiment towards GE over the last 14 quarters. With the smart money’s positions undergoing their usual ebb and flow, there exists an “upper tier” of notable hedge fund managers who were boosting their holdings considerably  (or already accumulated large positions). 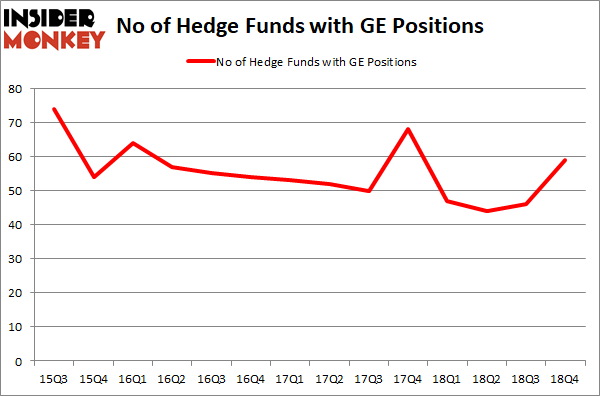