Duke Energy Corp (DUK), Dominion Resources, Inc. (D): These Stocks Are Special In Their Own Way

Electricity demand is down, and utilities are rapidly readjusting. While falling sales might be a nationwide issue, bottom lines can still billow if companies make the right choice. Let’s look at three different strategies to see which spells sustainable for your dividend stock portfolio.

Make less
If consumers are using less electricity, the most obvious adjustment is to make less electricity. Dominion Resources, Inc. (NYSE:D) announced this week that it has permanently shut down a 556 MW nuclear plant after nearly 40 years of operations.

The decision was first made last fall and, according to Dominion Resources, Inc. (NYSE:D) Nuclear’s president David Heacock, “was based purely on economics.” The dividend stock’s Midwestern nuclear fleet hadn’t been able to achieve economies of scale, and the plant’s purchasing power agreements are set to expire at a time when wholesale electricity prices are well below previous rates. 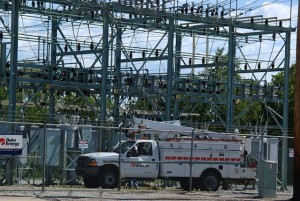 Duke Energy Corp (NYSE:DUK) announced last week that it has suspended any plans to propose new nuclear units on a Wake County, N.C., site. According to Duke’s nuclear energy president, Dhiaa Jamil, the company’s “most recent forecast indicates two additional nuclear units at Harris will not be needed in the next 15 years.” Although Duke Energy Corp (NYSE:DUK) is halting Harris, it will continue to pursue new permits at two other locations.

Make by with less
Sempra Energy (NYSE:SRE)‘s Southern California Gas Company (SCG) went to so far as to hand out “Energy Efficiency Excellence Awards” to customers this week. As the nation’s largest natural gas utility, SCG offers more than $10 million in rebates and other incentives to customers who cut consumption.

Across the pond, Britain-based PPL Corporation (NYSE:PPL)‘s Western Power Distribution is piloting a project to incentivize “smart” electricity use for 15 businesses. As part of the trial, businesses will receive financial compensation for reducing overall electricity use and for shifting use away from peak hours.

“This will help us understand the impact that changing electricity use has on the Milton Keynes network, allowing us to better plan the network for the future. Milton Keynes has some very challenging carbon emissions targets and this project will help,” said Sanna Atherton, project manager for Western’s new efficiency initiatives.