Is Universal American Corporation (NYSE:UAM) the right pick for your portfolio? The best stock pickers are taking a bullish view. The number of bullish hedge fund positions rose by 2 lately.

To most shareholders, hedge funds are viewed as worthless, old financial vehicles of years past. While there are more than 8000 funds in operation at present, we hone in on the elite of this group, close to 450 funds. It is widely believed that this group has its hands on the majority of the smart money’s total capital, and by paying attention to their highest performing stock picks, we have figured out a number of investment strategies that have historically beaten the broader indices. Our small-cap hedge fund strategy outpaced the S&P 500 index by 18 percentage points annually for a decade in our back tests, and since we’ve started sharing our picks with our subscribers at the end of August 2012, we have outclassed the S&P 500 index by 23.3 percentage points in 8 months (see the details here).

Equally as key, optimistic insider trading sentiment is another way to parse down the stock market universe. As the old adage goes: there are lots of reasons for an insider to sell shares of his or her company, but only one, very clear reason why they would initiate a purchase. Various empirical studies have demonstrated the market-beating potential of this strategy if “monkeys” know where to look (learn more here).

Heading into Q2, a total of 18 of the hedge funds we track were bullish in this stock, a change of 13% from the first quarter. With hedge funds’ capital changing hands, there exists an “upper tier” of key hedge fund managers who were upping their stakes significantly.

Of the funds we track, Perry Capital, managed by Richard Perry, holds the largest position in Universal American Corporation (NYSE:UAM). Perry Capital has a $64.1 million position in the stock, comprising 2% of its 13F portfolio. Coming in second is Deerfield Management, managed by James E. Flynn, which held a $21.8 million position; the fund has 1.3% of its 13F portfolio invested in the stock. Some other hedgies that are bullish include Ken Griffin’s Citadel Investment Group, Christopher Medlock James’s Partner Fund Management and Charles Clough’s Clough Capital Partners.

What have insiders been doing with Universal American Corporation (NYSE:UAM)?

Bullish insider trading is at its handiest when the primary stock in question has seen transactions within the past half-year. Over the last 180-day time frame, Universal American Corporation (NYSE:UAM) has seen zero unique insiders purchasing, and zero insider sales (see the details of insider trades here).

This Metric Says You Are Smart to Buy Molina Healthcare, Inc. (MOH) 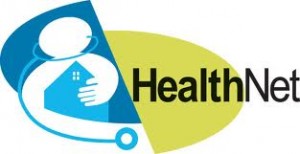 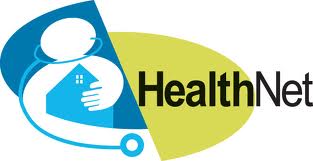 Health Net, Inc. (HNT): Hedge Funds and Insiders Are Bearish, What Should You...
Monthly Newsletter Strategy
Download a free copy of our newsletter and see the details inside!
Hedge Fund Resource Center
Billionaire Hedge Funds