Despite Loss NetApp Inc. (NTAP) Surges; How are Hedge Funds Treating the Stock?

NetApp Inc. (NASDAQ:NTAP)‘s stock advanced in pre-market trading as the company’s results exceeded expectations. The data storage company reported a GAAP net loss of $30 million, or $0.10 per share, down from $89 million, or $0.27 per share, in the prior-year quarter. Its non-GAAP EPS amounted to $0.29, exceeding estimates of $0.23. The company’s revenue declined by 10% on the year to $1.34 billion, but beat the estimates of $1.32 billion.

NetApp Inc. (NASDAQ:NTAP)’s loss in its first quarter comes after the firm’s product revenue decreased by 25% on the year to $664 million, as the firm weans its customers off its Data ONTAP 7-Mode system to its newest NetApp clustered Data ONTAP system. In fact, NetApp admitted that it is currently in a transition, which may be factored into its current stock price. Nevertheless, on the back of the results, NetApps stock opened 7% in green on Thursday, after reaching a new 52-week low the previous day. Year-to-date, the stock has declined by 28%. 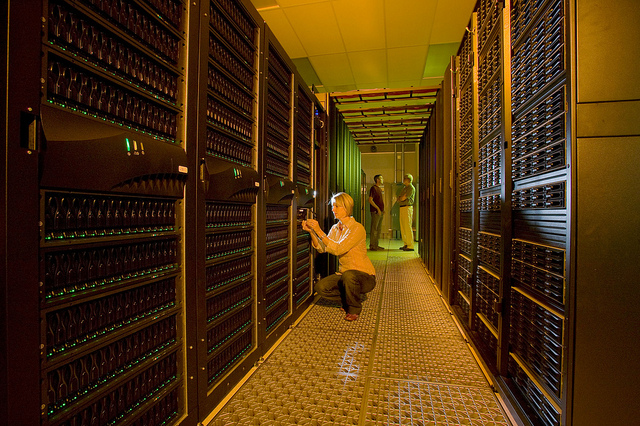 In addition, NetApp said that clustered Data ONTAP node shipments jumped by 114% year-over-year, marking the 13th consecutive quarter of triple-digit growth for the product. Moreover, All Flash FAS units increased 137% year-over-year, which is the fifth consecutive quarter of triple-digit growth. NetApp added that it returned $484 million to shareholders in share repurchases and cash dividends during the quarter. It also ended its first quarter of the fiscal year 2016 with $5 billion in cash, cash equivalents and investments, pointing to a healthy reserve it can tap for its transition.

Aside from the financial results, the company has provided its outlook for the current quarter, which include revenues between $1.40 billion to $1.50 billion and earnings per share in the range of $0.55 to $0.60. This is lower than its adjusted earnings of $0.70 per share and revenue of $1.54 billion delivered in the same quarter last year.

However, the number of investors with long positions in NetApp Inc. (NASDAQ:NTAP) slightly declined during the second quarter of 2015, as smart money expect to see some results from the transition. According to our preliminary data from the latest round of 13F filings, at the end of June, 24 investors from our database, held long positions in the company with an aggregate value of around $481 million. At the end of March, 28 funds disclosed positions with an aggregate value of $451 million, which shows that during the second quarter, NetApp saw an inflow of capital from the smart money.

We pay attention to the hedge fund sentiment, because our research has shown that hedge funds are extremely talented at picking stocks on the long side of their portfolios. It is true that hedge fund investors have been underperforming the market in recent years. However, this was mainly because hedge funds’ short stock picks lost a ton of money during the bull market that started in March 2009. Hedge fund investors also paid an arm and a leg for the services that they received. We have been tracking the performance of hedge funds’ 15 most popular stock picks in real time since the end of August 2012. These stocks have returned 123.1% since then and outperformed the S&P500 Index by 66.5 percentage points (see more details here). That’s why we believe it is important to pay attention to hedge fund sentiment. Plus, we also don’t like paying huge fees.