Scott Ferguson‘s Sachem Head Capital has disclosed a new position in CDK Global Inc (NASDAQ:CDK), a company that was recently spun-off from Automatic Data Processing (NASDAQ:ADP). The hedge fund disclosed an activist stake that amasses around 12.65 million shares of the company, which represent 7.88% of the company. Moreover, the fund revealed holding some 3.15 million shares of common stock held under cash-settled total return swaps. In this way, the total stake contains 15.80 million shares, which represent around 9.84% of the common stock. 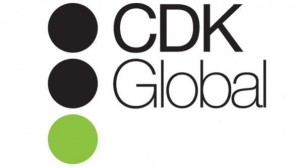 Sachem Head Capital is a relatively small hedge fund with a concentrated equity portfolio worth over $979.4 million. Mr. Ferguson, prior to founding Sachem, was employed at Bill Ackman‘s Pershing Square and many of Sachem’s positions are represented by companies that have Pershing Square among their largest shareholders. For example, during the second quarter, the fund initiated a stake in Allergan, Inc. (NYSE:AGN), a company that Mr. Ackman currently has an aggresive proxy fight with and tries to acquire.  Moreover, Sachem also owns 811,500 shares of Air Products & Chemicals, Inc. (NYSE:APD) (it is the second-largest stake in terms of value), which is also one of the largest positions in Pershing Square’s equity portfolio.

Since Sachem’s stake in CDK Global Inc (NASDAQ:CDK) is activist by nature, the investor said that it plans to discuss with the management, board of directors and other shareholders regarding the company’s governance, management, operations, and the future of the company. However, it is still not very clear what the investor’s plans regarding the company are and it is even possible that the stake is filed as activist due to the large size of the position.

CDK Global Inc (NASDAQ:CDK) went public at the end of last month and since then the stock picked up around 4.9%. The company is engaged in technology and digital marketing and advertising solutions to the automotive retail industry. A couple of days after Sachem initiated a stake, CDK Global Inc (NASDAQ:CDK) anounced its expectations for the fiscal 2015, saying that it expects its revenue to growth by around 7%-8% on the year, from some $1.97 billion for the fiscal 2014. Moreover, the net earnings are expected to grow between 6% and 8% on the year, versus $1.29 for the previous fiscal year.

With this in mind, CDK Global Inc (NASDAQ:CDK) represents an attractive investment for Sachem Head Capital, even if the investor will not attempt any steps regarding the company’s shareholder value. Nevertheless, being targeted by activist investors is always a good sign that can bring more value to the stock, which is why it is important to monitor this story closer as it develops.