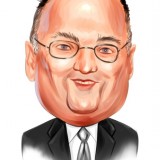 According to a filing with the SEC, Steve Cohen’s SAC Capital Advisors had acquired a total of 2.7 million shares of The Medicines Company (NASDAQ:MDCO) giving it 5.0% of the shares outstanding (and thus triggering the filing of the 13G). SAC’s 13F filing for the third quarter of the year shows that it owned 1.6 million shares at the end of September, which had been a massive increase from the beginning of July, so Cohen and his team have been building this position for months. Find more stock picks from SAC Capital Advisors. The Medicines Company is a $1.1 billion market cap pharmaceutical company which markets an anticoagulant and a blood pressure drug, as well as having several products in development.

Fellow billionaire David Shaw’s D.E. Shaw cut its stake in The Medicines Company during the third quarter but still closed September with 3.9 million shares in its portfolio (see what stocks D.E. Shaw is buying instead). Ridgeback Capital, a healthcare-focused hedge fund which is managed by SAC alum Wayne Holman, initiated a position of 1.1 million shares over the course of the quarter and this made the stock the largest holding in its 13F portfolio. Research more stocks that Ridgeback has been buying.

Revenue was up slightly in the third quarter of 2012 compared to the same period a year ago, bringing operating income higher (a pattern which appears to have been the case in the first half of the year as well). The Medicines Company has significantly increased its investments in R&D. While net income has been down, this is primarily because it recognized substantial income tax benefits in 2011. The company was cash flow positive in the first nine months of 2012, and had over $500 million in cash, cash equivalents, and marketable securities on its balance sheet following the issue of some senior notes.

At its current market cap the company trades at 23 times trailing earnings, implying that investors expect earnings to grow in the future. We can’t really evaluate the chances that The Medicine Company’s products in development will be successful, either medically or commercially, but we’d note that the forward P/E is only 16. This indicates that Wall Street analysts at least believe that the business will perform well over the next year, though we wouldn’t be too dependent on The Medicine Company matching their earnings targets.

Some other pharmaceutical companies which have similar market caps and can also point to profitability in the last few quarters are Warner Chilcott Plc (NASDAQ:WCRX), United Therapeutics Corporation (NASDAQ:UTHR), Cubist Pharmaceuticals Inc (NASDAQ:CBST), and Pharamcyclics, Inc. (NASDAQ:PCYC). Of these peers, Warner Chilcott and United Therapeutics look like the best value on a P/E basis: they trade at 8 and 10 times their respective trailing earnings. Warner Chilcott has also been experiencing higher earnings than a year ago, though its revenue is down, and while again we don’t have much expertise on its product offerings it could be a prospect for a healthcare stock. United Therapeutics reported 20% revenue growth last quarter versus a year earlier, though earnings were down. Its cheap pricing gives it some potential as a value stock.

Pharmacyclics has seen its stock rise over 300% in the last year, and its business has been performing strongly as well, but the trailing P/E multiple of 38 suggests that the market is banking heavily on seeing continued improvement. An investor would have to look carefully at the company before picking it. Cubist is an interesting case: on the one hand, it trades at 20 times earnings and recent growth has been good; on the other hand, its net income is actually expected to fall next year and 18% of the shares outstanding are held short. We would advise avoiding that stock as well.

Compare to these peers, The Medicine Company seems moderately well priced assuming that it hits analyst expectations for 2013. However, we’d suggest at least checking out Warner Chilcott and United Therapeutics instead to learn more about why they trade at such low earnings multiples.

Is It Too Late to Buy Citigroup?