We were able to track the fund’s performance since 2017, when the fund returned 6.6%. The following year its return dropped to 2.98%. It seems that declining trend is continuing, since the return for 2019 was -0.31%, as the data from June shows. An annualized return of 3.66% isn’t very strong at all in comparison to the S&P 500 Index, but it is still much better than putting your money into long term Treasury securities. 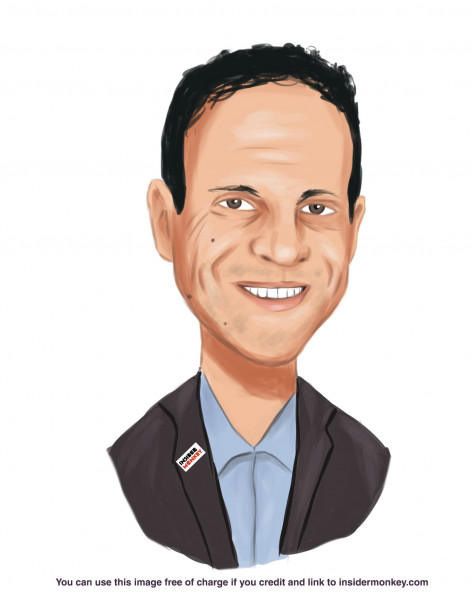 Insider Monkey leaves no stone unturned when looking for the next great investment idea. For example one of the most bullish analysts in America just put his money where his mouth is. He says, “I’m investing more today than I did back in early 2009.” So we check out his pitch. We read hedge fund investor letters and listen to stock pitches at hedge fund conferences. This December, we recommended Adams Energy as a one-way bet based on an under-the-radar fund manager’s investor letter and the stock is still extremely cheap despite already gaining 20 percent.

Our short strategy is based on shorting hedge fund hotels that are likely to experience large hedge fund sales during market weaknesses. We launched this strategy in February 2017. It’s been almost 3 years and the stock picks of this strategy lost a cumulative 27.8% vs. a cumulative gain of 39% for the S&P 500 ETF. This is an absolutely mind blowing performance. The annualized return of our short picks is -9.3%, vs. 12.7% annualized gain for the S&P 500 Index during the same period. The annual alpha of this strategy is 22 percentage points. Jim Chanos doesn’t generate this kind of performance. The best thing about this short strategy is that it provides an excellent hedge during market meltdowns. For example, in Q4 of 2018 when the S&P 500 Index lost nearly 14%, this strategy’s picks lost 25% protecting our premium subscribers from large losses (see the details here).

Our newsletters are successful because we follow hedge fund managers David Alexander Witkin to identify the best and worst hedge fund stock picks. In this article we are going to take a look at Beryl Capital Management’s top stock picks. Our calculations showed that top 20 most popular stocks among hedge funds returned 41.1% in 2019 through December 23rd and outperformed the S&P 500 ETF (SPY) by 10.1 percentage points. We noticed that one of Beryl Capital Management’s top 5 stock picks are among the 30 most popular stocks among hedge funds, as you will see further down (click for Q3 rankings and see the video below for Q2 rankings).

With 26 new additions to its portfolio in Q3 2019, it may be that Beryl Capital Management is reassessing its previous choices. Therefore, the fund’s fifth top stock pick for this period was a new addition, Sotheby (NYSE:BID). Heading to the fourth quarter of 2019, a total of 18 hedge funds were bullish on the stock, a decline of 10% since Q2. As in the previous quarter, Sotheby’s largest shareholder was Third Point, which amassed a stake valued at $379.6 million. Other investors fond of the stock were Paulson & Co, Alpine Associates, and Water Island Capital.

WellCare Health Plans, Inc. (NYSE:WCG), another new addition, took the fourth place in Beryl Capital Management’s portfolio. At the end of Q3, there were 41 hedge funds tracked by Insider Monkey bullish on the stock, which is a drop of 11% compared to the previous quarter. The largest stake in the stock was held by Magnetar Capital, worth $211.9 million. Water Island Capital, Paulson & Co, Alpine Associates, and Citadel Investment Group were among other hedge funds giving the stock large weights in their portfolios (as you can see in more detail here).

The fund’s most valuable new addition, or its third top stock pick for Q3 was Corindus Vascular Robotics Inc. (NYSE:CVRS). There were 21 hedge funds tracked by Insider Monkey bullish on the company, which is an increase of 12 hedge funds compared to the previous quarter. Among them, Healthcor Management was the company’s top shareholder, holding a stake worth $85.5 million. Among Corindus Vascular Robotics Inc.’s other top investors for Q3 were Hudson Executive Capital, Alpine Associates, and Sand Grove Capital Partners.

As the fund’s second most valuable position for Q3 was Buckeye Partners, L.P. (NYSE:BPL), a new addition from the previous quarter. The fund boosted the position by 367%, which brought it up from the fourth place in the portfolio. At the end of Q3, there were 18 hedge funds interested in the company, which is a change of 38% since the previous quarter. Fallon Capital was the company’s top shareholder, which reported holding $160.2 million worth of stock. Beryl Capital Management was Buckeye Partners, L.P.’s third top shareholder which amassed $87.9 million worth of shares. Among company’s other top investors were Water Island Capital, Sand Grove Capital Partners, and GLG Partners.

Finally, Beryl Capital Management’s most valuable position at the end of Q3 was Celgene Corporation (NASDAQ:CELG). Even though the position was cut by 34% during Q3, it moved up from the third place in the fund’s portfolio since the previous quarter. Celgene Corporation was also ranked 17th among  30 most popular stocks among hedge funds. A total of 93 hedge funds were bullish on the stock in Q3, a change of 6% since Q2. It seems that the stock became more popular as the acquisition of the company by Bristol-Myers Squibb Company (NYSE:BMY) turned into a certainty. A total of 56 hedge funds were bullish on the company a year ago. Celgene Corporation’s top shareholder was Renaissance Technologies, holding a stake worth $1.5 billion.