Hedge fund managers like David Einhorn, Dan Loeb, or Carl Icahn became billionaires through reaping large profits for their investors, which is why piggybacking their stock picks may provide us with significant returns as well. Many hedge funds, like Paul Singer’s Elliott Management, are pretty secretive, but we can still get some insights by analyzing their quarterly 13F filings. One of the most fertile grounds for large abnormal returns is hedge funds’ most popular small-cap picks, which are not so widely followed and often trade at a discount to their intrinsic value. In this article we will check out hedge fund activity in another small-cap stock: Barclays PLC (ADR) (NYSE:BCS).

Barclays PLC (ADR) (NYSE:BCS) shareholders have witnessed a decrease in activity from the world’s largest hedge funds recently. BCS was in 14 hedge funds’ portfolios at the end of the third quarter of 2016. There were 15 hedge funds in our database with BCS holdings at the end of the previous quarter. The level and the change in hedge fund popularity aren’t the only variables you need to analyze to decipher hedge funds’ perspectives. A stock may witness a boost in popularity but it may still be less popular than similarly priced stocks. That’s why at the end of this article we will examine companies such as TransCanada Corporation (USA) (NYSE:TRP), LyondellBasell Industries NV (NYSE:LYB), and Boston Scientific Corporation (NYSE:BSX) to gather more data points. 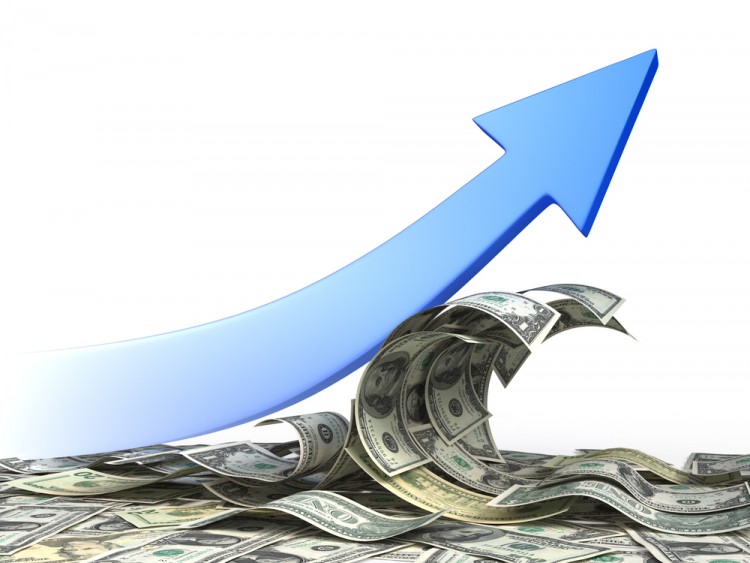 What does the smart money think about Barclays PLC (ADR) (NYSE:BCS)?

Heading into the fourth quarter of 2016, a total of 14 of the hedge funds tracked by Insider Monkey were bullish on this stock, a 7% dip from a quarter earlier. The graph below displays the number of hedge funds with bullish position in BCS over the last 5 quarters, which has been volatile, though in a narrow range. With hedge funds’ capital changing hands, there exists an “upper tier” of notable hedge fund managers who were upping their stakes substantially (or already accumulated large positions). 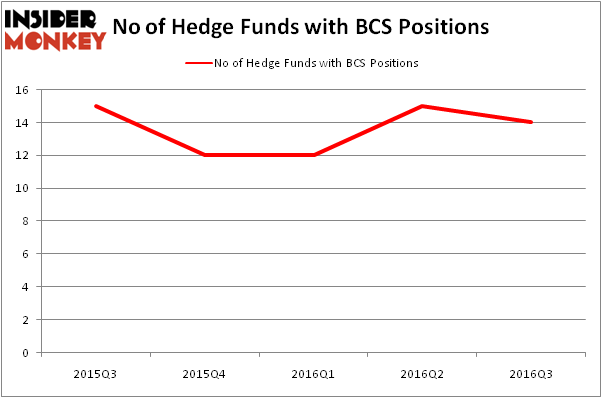 According to publicly available hedge fund and institutional investor holdings data compiled by Insider Monkey, Fisher Asset Management, led by Ken Fisher, holds the largest position in Barclays PLC (ADR) (NYSE:BCS). Fisher Asset Management has a $125.3 million position in the stock. The second largest stake is held by Peter Rathjens, Bruce Clarke and John Campbell of Arrowstreet Capital, with a $60.9 million position. Remaining hedge funds and institutional investors with similar optimism consist of Jim Simons’ Renaissance Technologies, Jon Bauer’s Contrarian Capital, and Matthew Hulsizer’s PEAK6 Capital Management. We should note that none of these hedge funds are among our list of the 100 best performing hedge funds which is based on the performance of their 13F long positions in non-microcap stocks.