BlackRock, Inc. (NYSE:BLK)‘s global chief investment strategist has bad news for utilities investors. In his latest weekly commentary, the investor pointed out a flaw in the “safe haven” stock plan that could leave this sector’s market cap bloated for years to come. Here’s what you need to know.

“Somewhat expensive”
Managing director Russ Koesterich noted this week that the recent economic upturn has put many defensive stocks in a catch-22. Stock markets have been on a tear in 2013, with both the S&P 500 and the Dow Jones Industrial up 16%. 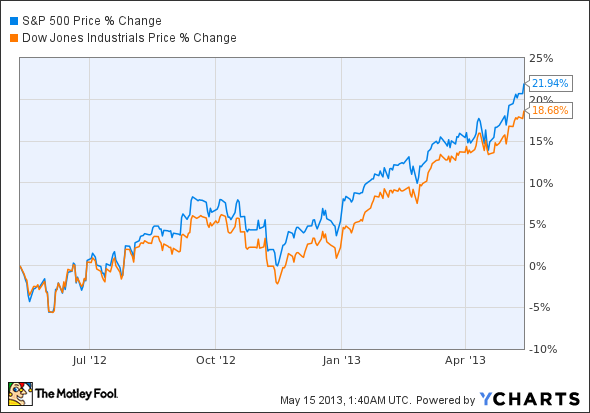 But as Koesterich explains, there’s one major difference in this season’s soaring stocks:

Typically, when stocks advance dramatically it is a sign of increased risk appetite on the part of investors. In other words, when stock markets climb rapidly, higher-risk asset classes are usually outperforming. While we are seeing some signs of this (high yield, for example, has been performing well), many higher-risk investments such as commodities and emerging markets equities have actually been performing quite poorly. In the current rally, investors are favoring assets that are typically seen as “safe havens”.

Koesterich is talking about utilities. These economic stalwarts are supposed to be slow movers, but investors’ risk-averse appetites have pushed shares just as high as the S&P 500 in recent months.

The Dow Jones U.S. Utilities Index is up 14.4%, with Ameren Corp (NYSE:AEE) and Exelon Corporation (NYSE:EXC) exceeding the industry average. Both utilities offer above-average stability to investors looking to get in on sustainable growth and big dividends. 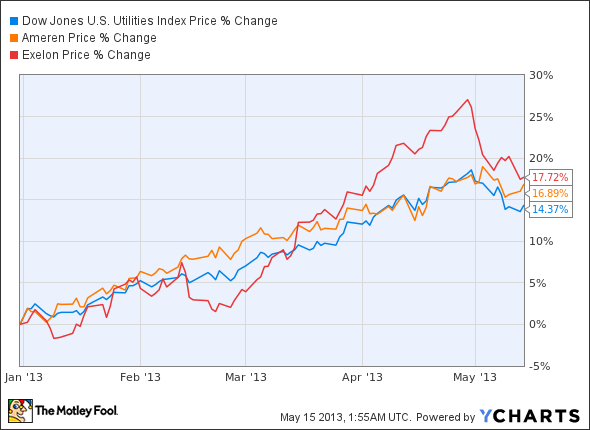 With Ameren Corp (NYSE:AEE)’s exit from the merchant generation business, its operations (and income) will be highly regulated with some of the steadiest income around. Although Exelon Corporation (NYSE:EXC) operates in both competitive and regulated sectors, the company’s massive 19,000 MW nuclear fleet offers investors an opportunity to own 20% of U.S. nuclear power, a consistent and increasingly cost competitive energy source.

But regardless of stable revenue, Koesterich has a point. Along with Ameren Corp (NYSE:AEE)’s and Exelon Corporation (NYSE:EXC)’s soaring shares, their valuation has gotten increasingly expensive. As a rough analysis, Ameren Corp (NYSE:AEE)’s price to tangible book value is up 20.5% to 1.47, while Exelon Corporation (NYSE:EXC)’s value has shot up 22.3% to 1.63. 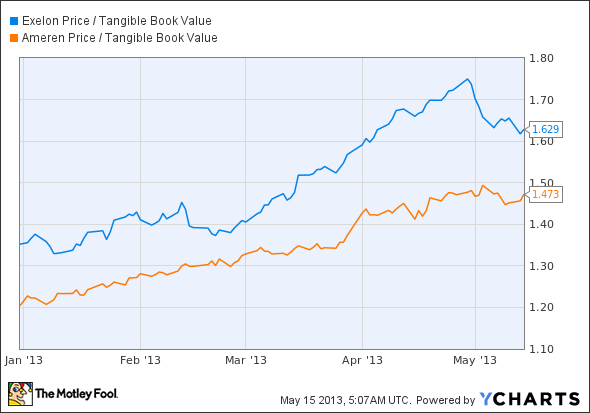