The rich silver mines of Nevada withered as the Great Depression dragged on, leaving the desert state in dire straits as its people picked up and moved in search of elusive opportunities. The Nevada legislature, in a desperate bid to attract fresh capital to its sparsely populated state, finally legalized gambling on March 19, 1931. It was a decision that would have a lasting impact on the state’s character and composition and that continues to affect the global gaming industry to this day. 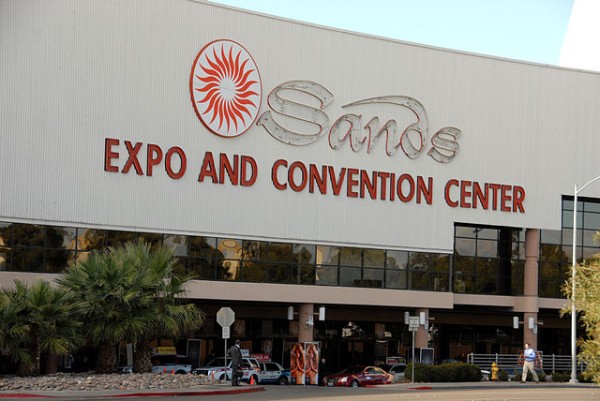 Within two months, the Meadows Club casino (appropriately named, as “Las Vegas” is Spanish for “the meadows”) opened in Las Vegas. It caught fire and was gone from Vegas by 1942, by which point the city’s famous Strip was taking shape with the construction of the Last Frontier and El Rancho Vegas. After the war, a growing American middle class helped give rise to a number of Vegas gaming icons, including the Sands (opened in 1952 and since replaced by the Venetian Sands flagship casino of Las Vegas Sands Corp. (NYSE:LVS) after its acquisition by a Sheldon Adelson-led investment group), the Desert Inn (opened in 1950 and the site of Wynn Resorts, Limited (NASDAQ:WYNN)‘ flagship casino since 2005), and the Riviera (opened in 1955 and still in operation).

MGM Resorts International (NYSE:MGM)‘ Mirage, which cost more than $600 million to build and which was financed by Wall Street junk bonds at the height of the Drexel Burnham Lambert era, ushered in the era of the modern megacasino when it was completed in 1989. This 100,000 square-foot, 3,000-plus room edifice pushed other casino operators to demolish old landmarks to make way for properly competitive megacasinos of their own. Total room inventory in Las Vegas Sands Corp. (NYSE:LVS) has more than doubled since the Mirage’s completion to nearly 150,000 rooms as of 2009. That year, despite a deep recession, more than 36 million people visited the Las Vegas Sands Corp. (NYSE:LVS) region to spend nearly $9 billion on gaming activities — a rate of just more than $240 per person.

Five years after the crash began, Nevada has still not recovered its to pre-recession levels. From 2007 to 2012, the total statewide room inventory increased from 178,000 rooms to 195,000 rooms, but total visitor volume dropped by 5%, airport traffic declined by 13%, and both gross gaming revenue and the average daily rate per person dropped by more than 15%. However, the Las Vegas Sands Corp. (NYSE:LVS)-based gambling industry had long since expanded internationally, particularly to Macau, which generated a collective $38 billion in gaming revenue across 35 casinos in 2012 versus Nevada’s roughly $11 billion in gaming revenue — much of which comes from more than 100 casinos in Las Vegas alone.

For many companies, successfully capitalizing on a booming Chinese economy is like winning the jackpot. That’s indeed the case for gaming company Las Vegas Sands Corp. (NYSE:LVS), which made a big bet on Macau gaming about a decade ago that has paid off in spades. The company is now looking to spread its empire further, but will it be able to replicate its prior successes? Learn about all these opportunities and the risks they pose in our brand-new premium report on Las Vegas Sands. Be sure to claim your copy today by clicking here.

This is a stickup
The first recorded bank robbery in U.S. history was a doozy. On March 19, 1831, Edward Smith took $245,000 from the City Bank of New York — predecessor to Citigroup Inc. (NYSE:C) — a fairly colossal heist that would be worth more than $5 million today. This hardly stopped the City Bank, which grew into one of the largest banks in the United States after the close of the Civil War. Edward Smith didn’t do quite as well. After spending $60,000 of the haul, he was caught and sentenced to be jailed in New York’s infamous Sing Sing maximum-security prison, where he was hanged for his crimes in 1866. Many years later, the average haul from bank robberies had shrunk to merely $5,000 per heist, but roughly 10,000 such crimes occurred each year around the turn of the 21st century.