Are you ready to find more about some of the most interesting New World Order, Illuminati and Donald Trump conspiracy theories? Just don’t blame us if you get paranoid after reading the article.

There are countless conspiracy theories covering a range of topics. Some of them sound ridiculous while others make more sense if you think long enough about them. One thing is for sure – there are plenty of people who believe in them. Even the new President of the United States Donald Trump himself believes in a handful of conspiracies and conspiracy theories. Which is ironic, since he also became a subject of many of them. You’ll be able to read about some of them on our list.

I personally like the less probable conspiracy theories, since they are most entertaining. The two that caught up my attention recently are the one about Earth being flat and one claiming that Australia doesn’t exist. You would think that the theory about flat Earth is something that people believed in the ancient times and no one could possibly believe in now. Well, it turns out that there are still some who believe in that in the modern ages rounded up in Flat Earth Society (did you see what I did there?). One of their main arguments for these claims is that Earth looks flat and we should believe our senses. Also, there is something about water being flat. But wait, what is with space travels and all the images of Earth from space where our planet does look round? They can’t dispute that, can they? The ones supporting the theory claim that we are being lied to and that all those pictures are fake and manipulated. Maybe the round Earth really is a great hoax and people knew better in times when they didn’t have the technology we have nowadays.

Australia not being real is also awesome. It basically claims that Australia doesn’t exist and that it is all a cover up so the Great Britain would have a reason to get away with killing criminals. All the Australians are hired actors and if you think you have visited Australia, you did not. You were taken to an island where everything was set up to look like Australia. Now, it turned out that the person who started this conspiracy was joking, but it made some people really think hard and long about it. 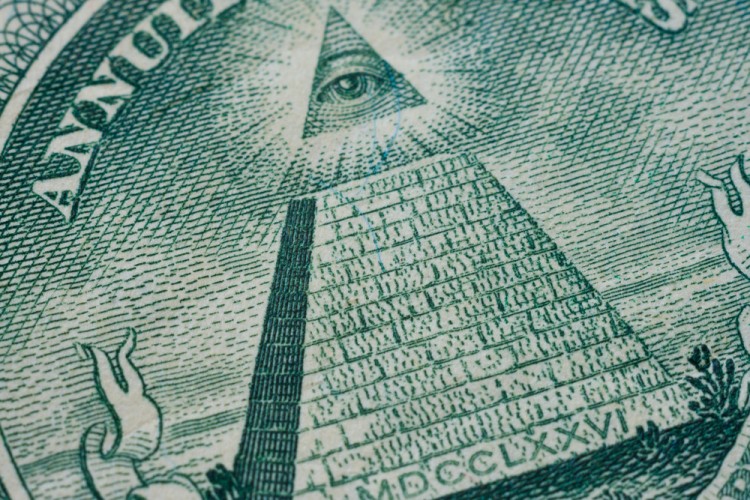 Let’s get to more serious conspiracy theories. The New World order theory is one of the most common and widely believed conspiracy theories out there. And this means a lot, considering the number of them. In its core, the New World Order represents a new age in human history, which will be characterized with one government ruling the entire planet. The idea of New World Order is often connected with the secret powerful groups who want to control the humankind and have influence on the major global events. This is the simplest explanation I could think of since the theory is a lot more complicated and one article just wouldn’t be enough to cover it even remotely. The term shouldn’t be mixed with the “new world order” used by some of the politicians who referred to the changes in the world after World War II. If you want to know more about the New World Order, check out our list of The Top 5 New World Order Facts.

The Illuminati, on the other hand, is a conspiracy theory that is viewed as a part of New World Order. The Illuminati began as a secret group/order founded in 1776 in Bavaria, Germany by Adam Weishaupt, the university professor. The group adopted views of freethought, gender equality, and secularism which didn’t set well with the Bavarian rulers. They got afraid that the group could start a campaign against them and the state’s religion, so the order was neutralized. Despite this, there are beliefs that the Illuminati managed to survive and had a role in the French revolution, hoping to set foundations for a wave of revolutions in Europe. The theories about Illuminati intensified in the 20th century, and the conspiracy theorists believe they still exist and work to materialize the idea of New World Order.

To create our list of New World Order, Illuminati and Donald Trump conspiracy theories we have looked through the internet to see which the most common conspiracy theories revolving around these subjects are. Some of the sources we used include Death and Taxes Mag and Express. We tried to incorporate the good, the bad and the outrageous ones. Do you dare to take a look?