If you are into some fishy business, then these 9 iPhone and Android secret messaging apps to hide text from girlfriend will be a lifesaver. You can use them to send us a “thank you” message as well, for saving your relationship. If you don’t have anything to hide, you should still stick around, since it is fascinating the way these secret messaging apps work.  We don’t recommend or approve cheating–it always blows up in your face to say the least–but we are just here to deliver information. Also, many men and women like their privacy, so they could hide conversations with their friends and not necessarily women they are having an affair with–especially if they have a snooping girlfriend. (Also if your girlfriend is snooping on you why are you with her? But that’s another article.)

Let’s get to the way these apps work. They all work around the same principle, regardless of the operative system they use. After the user installs one of these apps, he/she can choose a number of contacts whose messages he/she wants to hide. Most of the apps offer a limited number of contacts for free accounts and unlimited for premium accounts. The neat thing about these apps is that they are really hard to detect if you aren’t familiar with them. They often use false icons (which are customizable in various ways) and can seem like just another random smartphone game or app. The user has to launch the app and enter the password in order to access the hidden messages. These secret messaging apps also alter the ways the user is notified about the messages. They send a different kind of notifications, most like ones about “software upgrade”, all in line to protect the privacy of the user. There is even one secret messaging app that looks exactly like a calculator. But, it may be suspicious if you are not working in finance or failed high school math. If you are a journalist like me, skip this one. No one will believe you that you have so many things to calculate. 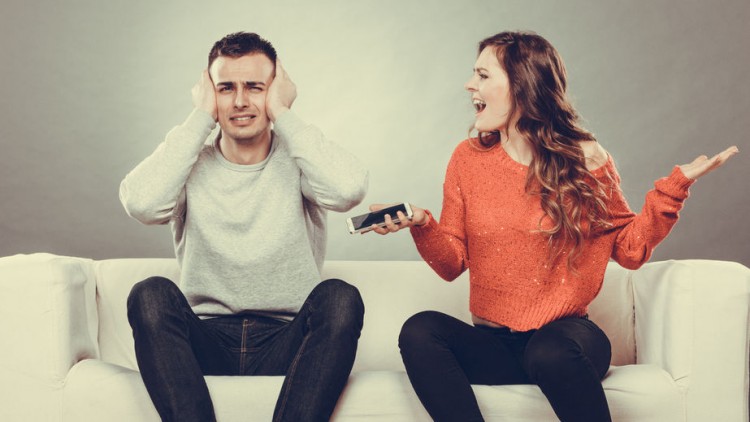 Another way these apps work is that they can mask the content of the message. The user receives a message and to everyone else it will seem like just another innocent looking message, most likely about some business meeting or scheduled test. After the user gets some privacy, he needs to enter the decryption key (or a predetermined password) and he will be able to see the true content of the message. We admit this is maybe way more than you really need, but it’s kind of cool to play spy. Also, there are apps that give you an option to completely lock all your messaging applications including email applications, Facebook Messenger or your default SMS application.

The application that you choose to use depends on your preferences–and the amount of persistence from your significant other. We believe these apps would be a hit in countries where people cheat the most. If you are curious which countries cheat the most, we recommend you to check out our list Lover Beware: The 8 Countries that Cheat the Most.

All these apps shouldn’t be confused with the ones used for secure messaging. These secure messaging apps are aimed towards people who are also concerned about their privacy but on a whole other level. They don’t want to hide text from their girlfriends, but from the government or information-gathering agencies. These apps encrypt your texts and your calls in a way that only the sender and the receiver know the content of the message. They can’t (or at least shouldn’t) be intercepted and can be deleted for both users or simply called back. This type of secure communication is puzzling app creators all around the world, and thanks to the surveillance “paranoia” that is on the rise, they can bring lucrative earnings.