Minimum wage workers, many of whom are stuck on some of these 8 lowest paying blue collar jobs in America, have been pushing to raise federal minimum wage which is set at 7.25$ per hour. In last few years low-paid earners have organized protests across the US with only one goal – they want to be paid 15$ hourly. As elections approach, lowest compensated workers are doubling their pressure on politicians saying loudly and clearly – you will get our vote if you back up the pay rise. And while Hillary Clinton supported their efforts on Twitter saying: “Fast-food, home care, child care workers: your advocacy is changing our country for the better”, Republicans oppose the increase. 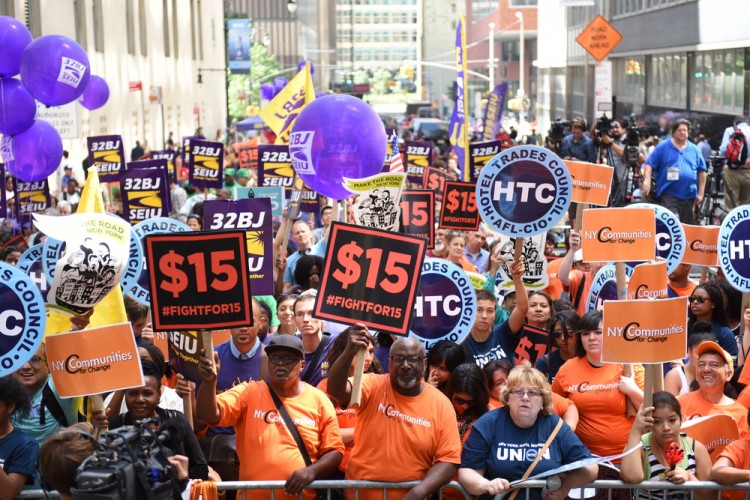 In our previous ranking, we showed that fastest growing blue collar jobs refute the stereotype that blue collar industry is reserved only for low-qualified employees who are ready to work for the minimum salary. Insulation workers, wind turbine technicians, solar photovoltaic installers and many others are well-educated people with solid earnings. Today’s list shows other side of blue collar industry by presenting those who work menial jobs for less than 21,000$ annually.

But who are people who are forced to accept underpaid jobs to make ends meet? According to latest Bureau of Labor Statistics (BLS) report Characteristics of Minimum Wage Workers 2014, nearly half of people paid 7.25$ per hour or less is younger than 25. The majority of them, 77 percent, obtained high school diploma while about one-third has some college education. Additionally, some nine percent have BA or higher educational level. Finally, women constitute a greater share of the low-wage workforce, while states with the highest number of these workers are located in the South.

Although this short overview might leave the impression that lowest paid workers are mainly young people who need some pin money, the truth is that significant percent of older Americans who have more than high school diploma in their pockets belongs to poorly compensated working class. Compared to three decades ago, structure of the low-wage workforce has changed – underpaid workers are older and better educated today than they were in the past. And more importantly, while not long ago working in fast food stand was a source of extra cash, currently low-wage workers provide 46 percent of their family’s income, which is the result of the change in the American economy. Today companies that hire the greatest share of the workforce are retailers and fast-food chains which can offer their products at low prices and manage to generate profit mainly because they rely on cheap working force.

In ranking 8 lowest paying blue collar jobs in America we used BLS data which shows that greatest percent of lowest paid workers is employed in hospitality and leisure.  Nine of ten worst compensated occupations are related to food service, and since we did not want to present only these types of jobs, we put them all under one category – food preparation and serving workers.