7 US Airlines That Have Widest Seats in Economy Class

When you travel on an airplane, you care about a power outlet and the availability of Wi-Fi, but most of all you need a comfy seat, which is why we decided to compile a list of 7 US airlines that have widest seats in economy class. Generally, airplane seats have two measures that determine their comfort: the seat pitch, which is the difference between two rows of seats, and the seat width. Then there are some other less important parameters, like the headrest, the armrest, the reclinability, etc.

When it comes to U.S airlines, it’s no surprise that they pale in comparison with other carriers. In lists of top 10 airlines compiled by Skytrax and other organizations, we always see Qatar, Emirates, Etihad, Singapore Airlines, etc., but it’s highly unlikely to see a U.S airline, like Delta Air Lines, Inc. (NYSE:DAL), or American Airlines Group Inc (NASDAQ:AAL), among the best on such lists. One reason could be that other airlines, especially those headquarted in Gulf states, have more money, as they are subsidized by local governments. 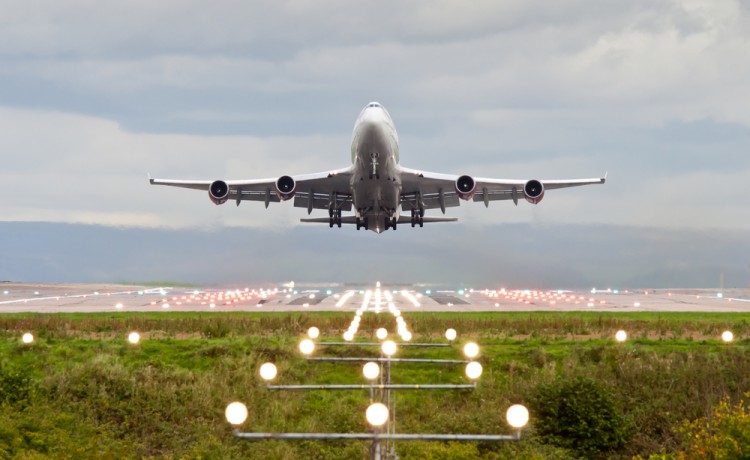 However, U.S airlines, while they invest in new airplanes with better seats and more amenities, often fail to provide good customer service and the recent incident aboard a United Continental Holdings Inc (NYSE:UAL) airplane is another confirmation of this fact. It’s unclear why it is so; it could be because of management’s decision to cut costs, or it could be because of the unionization of flight attendants, which allows them to not care about travelers, since there’s no risk of losing their jobs over bad service. However, in this case it’s also management’s fault for not trying to pursue unions to promote better service.

Let’s get back to seats, though. In the news, there are often stories about people in the U.S getting into fights on airplanes over reclining seats. Of course, the behavior of people starting fights is appalling, but the real blame should fall on airlines, which cram too many seats into their economy class sections, either to force customers to upgrade, or to make more money. For further related reading, check out the 10 best airlines to fly international economy.

In Europe, there are low-cost flights that are very cheap and the seats are indeed terrible, but it’s perfectly justified and nobody complains, because they know that they get what they paid for. However, flights in the U.S are much more expensive. For comparison, a low-cost flight between Berlin and Paris can cost around $35-$40. The price for a similar-distance flight between New York and Detroit is north of $250, so it’s hard to justify the uncomfortable seat.

This is why some research is required before booking any flight. Flyers should see the seat mapping, which is available on many websites like Seat Guru and identify the seats with more leg room. It may also be a good idea to spend a little bit more money in order to get better seats. With this in mind, let’s take a look at seven US airlines that have widest seats in economy class. We have compiled the data from Seat Guru and will mention both short-haul and long-haul flights. Aside from the seat width, we will also mention the seat pitch and some amenities that can be found on planes. You should know that generally the average seat width is 18 inches, but some airlines, like Spirit Airlines Incorporated (NASDAQ:SAVE), provide wider seats.