Before getting on to the disagreements that have led to this gaping fissure between the two prominent groups, let’s discuss the situation in the Middle East that is marred by numerous conflicts, of which a sectarian divide is only one. Today the Islamic world is polarized with Saudi Arabia and its stringent Sunni values as well as other Sunni states on one end, and Shiite states like Iran and Iraq on the other. This rivalry and the major differences between Shia and Sunni Muslims have come into play in numerous locations: for instance, in Yemen, Iran supports the Houthi Shiite rebels working to overthrow the government, whereas Saudi Arabia is providing military assistance to the Sunni government to retain its power. In Syria, Saudi Arabia staunchly backs the rebel groups on the ground, whereas Iran stands by the controversial Bashar al-Assad government. It doesn’t help that Shiites feel cornered and defensive, particularly due to their severe lack of numbers next to Sunnis, who make up 85 to 90 percent of the world’s Muslims. 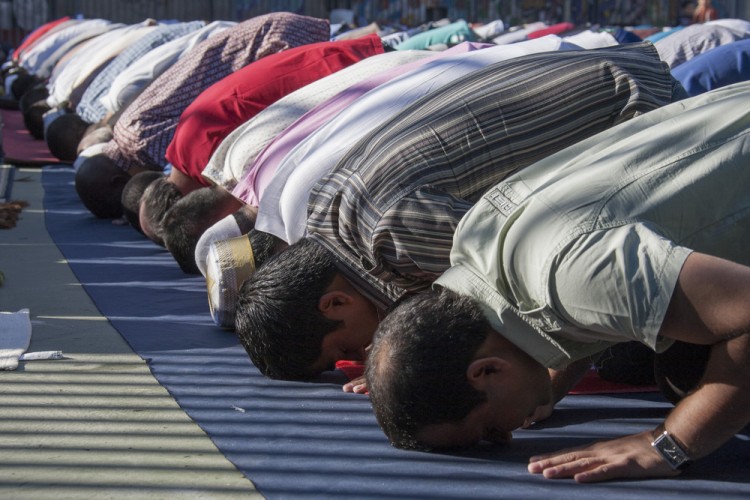 The animosity is of such a magnitude that it has even instigated terrorist groups of different ideologies to fight against one another, further worsening the climate in the Middle East, where currently the Islamic State of Iraq and the Levant’s advance is a cause for concern. With major world powers such as Russia and the United States involved and many religious barriers on the ground between the people coupled with the threat of terrorism filling the power vacuum if the government is toppled, it would seem that there is no possible solution to Syria’s misery.

However, it seems that people are completely unaffected by the numerous sectarian splits in the global Muslim community, for Islam is the world’s fastest growing religion according to the Pew Research Center. Additionally, Muslim populations in various countries are also predicted to go up; these Countries Where Muslim Population Will Increase the Most by 2050 are evidence of the fact.

The strange part is that this rivalry did not commence during the lifetime of the Holy Prophet and it is essentially not even religious in its nature. In fact, it began with disagreements over who should assume political leadership after Muhammad passed away. The people who disagreed with Abu Bakr taking over were the first Shiite Muslims, and from then on sprang a rift which only intensified as time went by. It is of note, however, that Muslims, in general, identify with Islam, rather than specifically Shia and Sunni Islam. It may appear as if Shiites and Sunnis are at daggers with each other, but this conflict holds little importance for the general community, and it is only the fiasco on the political forum that forces ordinary people to choose sides, disrupting an otherwise inevitable unity.

Now let’s traverse through the major differences between Shia and Sunni Muslims and distinguish between the intricacies of their historical dispute: