What are the 7 largest cloud providers by revenue in 2017? The term “cloud” has become very popular lately, being used everywhere from offices to private households. Most people have several accounts on cloud platforms, one that comes with the operating system, be it either Windows or Mac OS, and one either on Dropbox, Google Cloud, or another platform. On the enterprise size, Amazon dominates the market, with a market share of 45% in the Infrastructure-as-a-Service (IaaS) space, according to Synergy. This is more than Microsoft, Google and IBM combined.

In basic terms, cloud computing involves storing and accessing data on a server via the internet rather than on a physical hard drive. There are several types of cloud computing for enterprises. First, there is Software-as-a-Service (SaaS), through which users can access software that is running on servers. SaaS is something that most people use everyday, with the best examples of it being Microsoft Corporation (NASDAQ:MSFT)’s Office 365 or Google Apps. Then there is Platform-as-a-Service, or PaaS, which involves providing businesses with a platform to develop their products and services. Finally, there is Infrastructure-as-a-Service (IaaS), through which providers offer cloud servers and resources, basically allowing their clients to have a virtual data center. 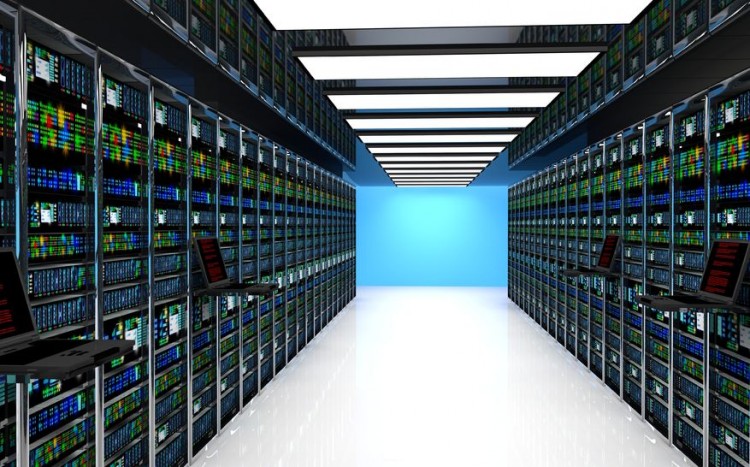 Using cloud computing can have many advantages. For regular users, it provides access to data (photos, documents, presentations, etc.) anywhere where there is a stable internet connection, without the need to carry around USB sticks or portable hard drives. For businesses it can be a real cost saver. Using PaaS and IaaS allows companies to focus on the development of their product(s) without the need to invest in expensive and redundant hardware, which also require maintenance, space, and regular upgrades.

Because cloud computing has only really begun to develop in the last few years, companies that provide cloud computing services are in a market that will continue expanding at a fast pace, at least in the medium-term. According to IDC research, by 2019, worldwide spending on public cloud services will reach $141 billion, double the $70 billion total in 2015. The largest share will be occupied by the SaaS segment, which will amass over two-thirds of all public cloud spending. The main drivers of this growth will be large companies, which are estimated to spend over $80 billion on cloud services in 2019.

While there are many companies that are trying to capture a slice of the booming cloud services market, only a few companies have already managed to establish themselves as leaders. Unsurprisingly, most of these are companies that were tech giants long before cloud computing. Microsoft Corporation (NASDAQ:MSFT), Amazon.com, Inc. (NASDAQ:AMZN), Alphabet Inc (NASDAQ:GOOGL), and a few others, which we discussed in our list of the 10 Biggest Cloud Computing Companies in the World, had the resources to invest and the client base that could take advantage of the potential of cloud services.

With this in mind, let’s take a look at the 7 largest cloud providers by revenue in 2017. The data for each company’s revenue is taken from their latest quarterly financial reports (or in the case of Alphabet, from analyst estimates). Check out the list beginning on the next page.

Related Insider Monkey Articles
11 Best Men’s Designer Suits Brands For The MoneyTop 25 Countries With Highest Literacy Rates in The World in 201717 Romantic Things to Do in NYC in Summer
10 Most Obese Countries in Europe11 Countries Without Freedom of Speech or Press11 Best Selling Courses on Udemy in 2017
Monthly Newsletter Strategy
Download a free copy of our newsletter and see the details inside!
Hedge Fund Resource Center
Lists